The list of municipalities is defined by law and compiled by the Cannabis Regulatory Commission based on several factors:

*According to the legislation an Impact Zone means any municipality, based on past criminal marijuana enterprises contributing to higher concentrations of law enforcement activity, unemployment, and poverty, or any combination thereof, within parts of or throughout the municipality that:

(2) Ranks in the top 40% of New Jersey municipalities for marijuana- or hashish-related arrests; has a crime index total of 825 or higher; and has a local average annual unemployment rate in the top 15% of all municipalities

(3) Is located in a county of the third class, based upon the county's population, that meets all of the criteria in (2) other than having a crime index total of 825 or higher; or

(4) Is located in a county of the second class, based upon the county's population:

Though there is overlap, Impact Zones, as designated by the New Jersey legislature, are different from communities (Economically Disadvantaged Areas) that may qualify a license applicant for Social Equity consideration by the Cannabis Regulatory Commission.

The data supporting the naming of the Impact Zones is compiled from various sources as specified in the law. The data sources, the rationale for the assumptions, and the legislative language is detailed in Impact Zone Report.

*Full details of each criteria is in the report Identifying Impact Zones and its abstract. 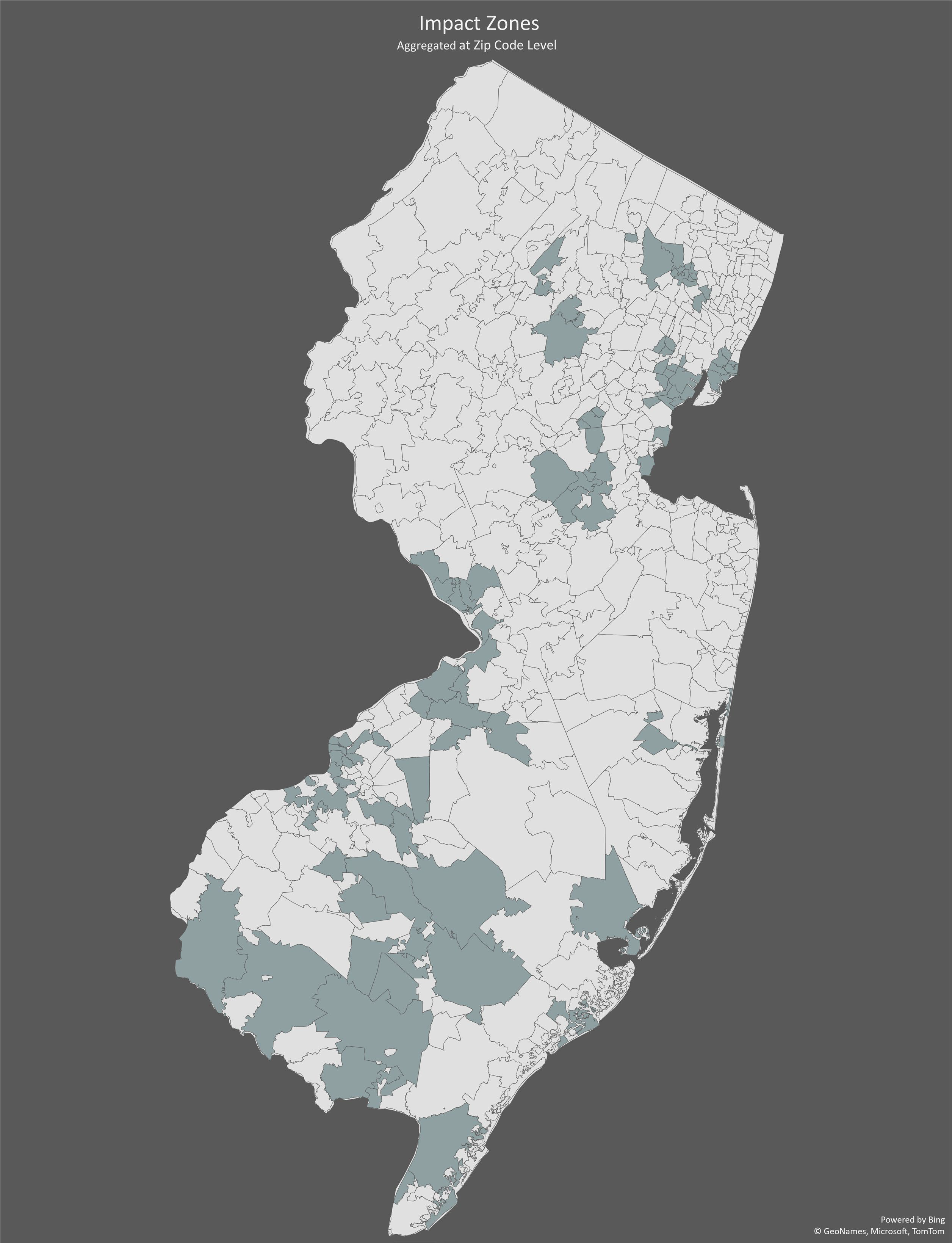