“Trenton played a pivotal role in the fate of our state and nation and yet for years it has not received the rightful level of support and attention it deserves,” said Governor Murphy.  “Today, I am directing agencies within the Executive branch to throw their support behind Trenton and work in partnership with Mayor Gusciora and Mercer County officials to help our capital city realize its true potential.  I am confident that under Trenton’s new leadership we can restore the vibrancy of our capital and secure its place as a leader in today’s innovation economy.”

“Trenton has been in decline for many years and, unfortunately, the state has played a role in its neglect,” said Lieutenant Governor and DCA Commissioner Sheila Y. Oliver.  “What hasn’t diminished, however, are the natural assets that once enabled Trenton to thrive.  Today we are pledging the support of state government to capitalize on those assets and help mount a full-scale revitalization.  We owe it to our beloved capital city to step up to the plate and work together.”

During its heyday, Trenton boasted a robust industrial economy due to its unique location along the Delaware River between the thriving urban centers of New York and Philadelphia.  Over time, domestic and global competition, coupled with suburban flight, took a toll on its economy.

Today, more than half of all jobs in the city – roughly 16,000 – are filled by state employees.  The State of New Jersey also owns more than $1 billion in property, well over one-third of all tax-exempt property in the city.

“Trenton’s post-World War II decline as a booming industrial hub left the city largely dependent on the state financially,” said State Treasurer Elizabeth Maher Muoio, who previously represented Trenton as a member of both the State Legislature and the Mercer County Board of Chosen Freeholders. “As both the largest landowner and employer in the city, the State of New Jersey has a financial obligation to serve as an active partner in Trenton’s revitalization and a moral obligation to serve as a good ‘corporate’ neighbor.”

The New Jersey State Capital Partnership is designed to provide an effective and efficient mechanism for the state to join with city and county government to create and execute strategies for economic development.  The partnership will be tasked with working in consultation with the offices of the Mayor and the Mercer County Executive to pursue a wide-range of objectives, including:

"I think this executive order goes a long way toward forging a true partnership between the Capital City and the State," said Mayor W. Reed Gusciora. "In the past, one side or the other may have been striving for this collaborative approach, but rarely have two administrations been on the same page as much as myself and Governor Murphy. I applaud his proactive measures to quickly reestablish Trenton as the prime example of New Jersey's government working for the people it serves."

“Today’s announcement by Governor Murphy to make smart investments in the City of Trenton will go a long way toward improving the daily life of residents and visitors. Most importantly, the Governor’s commitment to our capital city and his collaboration with Mayor Gusciora will result in more jobs, better transportation, safer streets and cleaner neighborhoods. I want to thank Governor Murphy for his partnership. We know that only when Trenton thrives can Mercer County fully flourish,” said Mercer County Executive M. Hughes.

“I commend Governor Murphy for his commitment to investing in the City of Trenton, and his follow-through in the creation of the New Jersey State Capital Partnership. Economic development opens doors in the communities it touches, and Trenton has long deserved to see those benefits. Today’s Executive Order sets up opportunities for growth that will reenergize our capital,” said Rep. Bonnie Watson Coleman.

“It’s gratifying to have a governor who finally recognizes Trenton as the state capital and who is making the commitment to build a collaborative relationship and identify the resources that will help to bring Trenton back to its former glory,” said Senator Shirley Turner. “This partnership with the state is an opportunity for a true renaissance for our capital city and our residents.”

“This is great news for the capital city. There is so much unrealized potential here and I am thrilled that Gov. Murphy is committed to providing the resources to help Trenton rebound. It feels like the city has been on the cusp of a revitalization for years. Now that we have a committed partner in the governor’s office who understands the role that the state should play in the revitalization of its capital city, we can finally get over that hump. I look forward to working with Gov. Murphy, Mayor Gusciora and all government entities involved in this partnership to help make Trenton’s long-awaited rebirth a reality,” said Assemblywoman Verlina Reynolds-Jackson (D-Mercer, Hunterdon).

“To finally be able to forge a collaborative partnership between the state and the city after years of neglect under previous administrations is excellent news for Trenton and its revitalization plans,” said Assemblyman Anthony Verrelli (D-Mercer, Hunterdon). “New Jersey’s capital city has a fighting chance now to move forward, and make tangible progress on cleaning up communities, attracting businesses and jobs and improving safety. I thank Governor Murphy for extending support from state department to Trenton and helping to put the city back on the right track.”

“I want to thank the Governor for keeping his word and fulfilling the promise he ran on to revitalize our urban communities.  The Executive Order signed today will help propel Trenton to its destiny,” said Rev. Dr. Lester W. Taylor Jr.

“On behalf of the members of Shiloh Baptist Church and the residents of Trenton, I applaud the Governor for his foresight and commitment to our capital city.  We believe that as Trenton goes, so to goes the State of New Jersey.  The Governor’s investment in our capital city will pay rich dividends for future generations to come,” said Rev. Dr. Darrell Larue Armstrong, Shiloh Baptist Church.

“The people of Trenton have endured far too much for far too long.  This is long overdue.  This news is not only encouraging, but will be transformational for the people of Trenton, not only now, but for years to come.  Thank you, Governor,” said John E. Harmon, African American Chamber of Commerce of New Jersey. 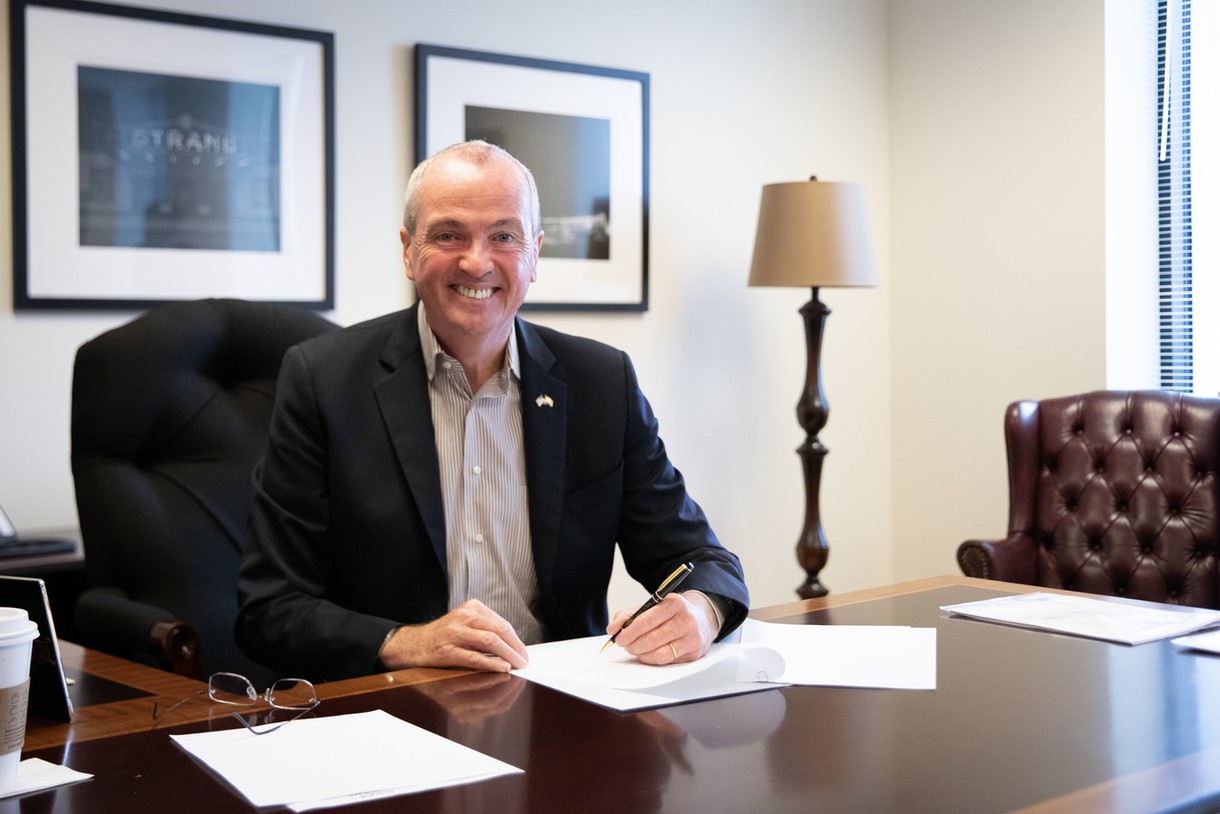