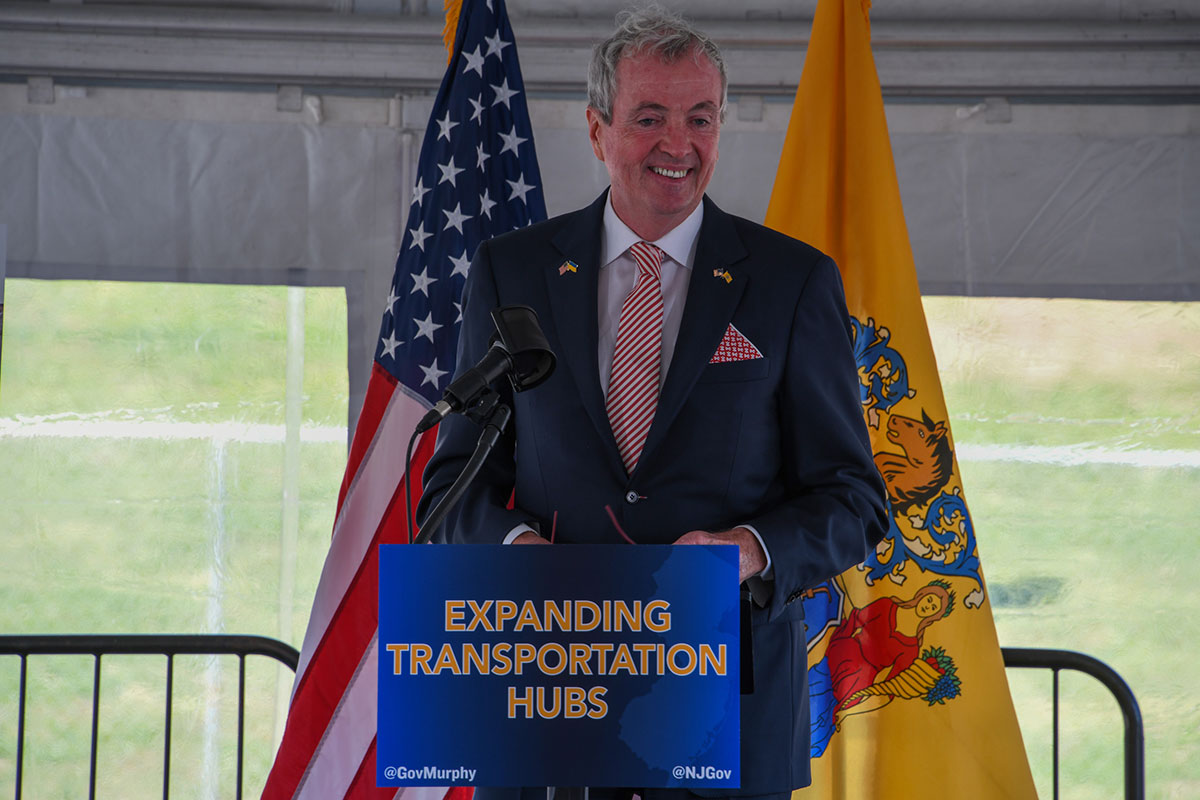 “Station by station, line by line, we continue our determined overhaul of one of the world’s most critical transportation networks,” said Governor Murphy. “This comprehensive transformation requires infrastructure investments that are complemented by the promotion of walkable neighborhoods, the construction of affordable housing, and the cultivation of economic opportunity. By leveraging public-private partnerships like the synergies on display today, we stimulate not just transit-oriented development, but future-oriented communities.”

“Today marks an important first step in Metropark Station’s transformation into a walkable community with direct access to the transit station,” said U.S. Representative Frank Pallone, Jr. “This investment in our public transit infrastructure will enhance the station’s safety and accessibility for commuters who rely on it. I want to thank Governor Murphy who continues to make sure our public transit infrastructure is a priority.” 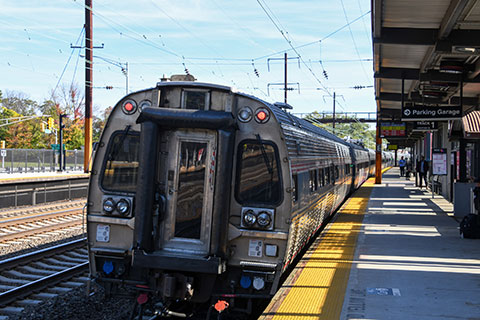 Governor Phil Murphy signed a resolution (SJR-86/AJR-165) designating October 15th of each year as New Jersey Railroad Workers Day. The resolution recognizes the critical importance of railroad workers to the state’s transportation network and economy, both of which depend on railroad workers to function efficiently. Senators Patrick J. Diegnan, Jr. and Andrew Zwicker, Assemblymen Daniel R. Benson and Anthony S. Verrelli, and Assemblywoman Shama A. Haider sponsored the resolution.

Throughout the COVID-19 pandemic, railroad workers risked their personal health and safety to ensure that the state’s rail lines remained operational. In January, Governor Murphy signed the Motorbus and Passenger Rail Service Employee Violence Prevention Act to establish new tools for the protection of pivotal railroad workers across the state. Now, as a result of the Murphy Administration’s considerable investments in an array of public infrastructure projects that will further expand the state’s public transportation network, railroad workers have become even more indispensable to the state’s economic vitality.

“Through extreme weather events and a global pandemic, our state’s railroad workers have demonstrated extraordinary bravery despite significant obstacles,” said Governor Murphy. “Their courage, as well as their role as the backbone of our state’s expanding transportation network, must not be overlooked. On October 15th – and every day – we honor the contributions of our workers not just as employees, but as New Jerseyans committed to promoting safety, efficiency, and economic activity in our local communities.” 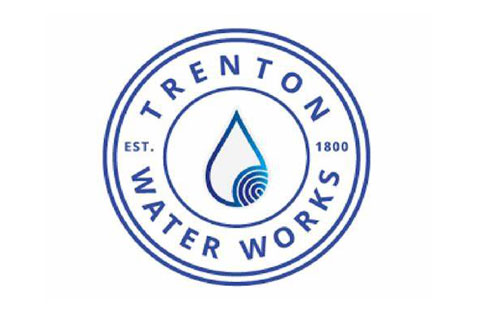 Governor Phil Murphy commemorated the groundbreaking of a major new development and public infrastructure improvement project near Hoboken’s historic train station. The long-stalled redevelopment effort, now called Hoboken Connect, will produce new office and retail space, affordable housing, and improvements to public infrastructure and the surrounding streetscape. The project, which had been in development for 15 years, was jump-started by the Murphy Administration through cooperation among various partners, including NJ TRANSIT, LCOR, and the City of Hoboken.

“Made possible by a combination of vision, tenacity, and public-private synergy, the Hoboken Connect project will serve as a microcosm of all that my Administration is determined to accomplish,” said Governor Murphy. “In addition to incorporating environmentally sustainable design features, this long-awaited development will also produce millions of dollars in revenue for both Hoboken and NJ TRANSIT. Just as crucially, this game-changing project will connect New Jerseyans to economic opportunity through affordable housing, public and active transportation options, and thousands of good-paying jobs.”

Hoboken Connect is a multi-phased initiative that consists of private and public components to be implemented in coordination over the coming five plus years. When complete, the project will directly and indirectly support 15,290 permanent jobs and $234 million in tax revenue annually. The City of Hoboken will see 4,433 jobs on site with $9.6 million in annual retail spending and $4.5 million in annual revenue, while NJ TRANSIT will benefit from ground lease payments, increased ridership, and customer experience improvements. More than 9,800 construction jobs will be created. 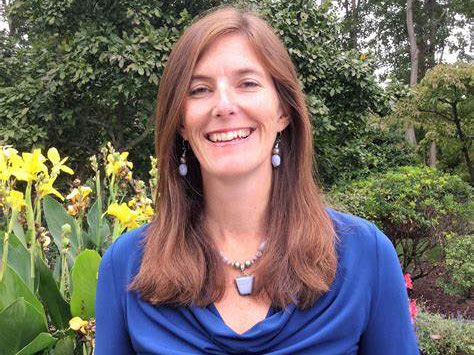 he New Jersey Department of Education announced that Christine Girtain, a Science Teacher and the Director of Authentic Science Research at Toms River High School North and South, has been named the 2022-2023 New Jersey State Teacher of the Year.

Christine, a graduate of Toms River Schools herself, has been teaching science for 28 years, including Earth Science, Biology, and Authentic Science Research. The Authentic Science Research program at the Toms River Regional School District is a three-year elective program that allows students to pursue and conduct independent research on a specific science topic that interests them. As the director, she has guided student projects ranging from the effects of fruit seed extracts on bacteria, to bioengineering E. coli. Her students have connected with Penn State researchers to learn about microbes that may block the spread of the Dengue and Zika viruses, and they have been to an immersive research program in the rainforests of Costa Rica.

“A cornerstone of my Administration has been fostering STEM learning for our students,” said Governor Phil Murphy. “We know that high-paying, high-demand STEM careers can help young people achieve success after graduating high school. Our students are the future leaders of our state and by preparing them with a strong educational foundation in science, we will help fuel the growth of New Jersey’s economy. Christine embodies the spirit of innovation that we are seeing in our schools and throughout our State. Her hard work and dedication to her students will help prepare our next generation of leaders. Congratulations to Christine Girtain for being named New Jersey State Teacher of the Year.”

“One of the greatest celebrations that we have in education is naming the New Jersey State Teacher of the Year,” said Dr. Angelica Allen-McMillan, Acting Commissioner of Education. “The Teacher of the Year serves as an exemplar of the kinds of dynamic instruction that is occurring in classrooms throughout New Jersey, and Christine truly sets the standard for innovation. The way she ignites an interest in the sciences will benefit her students long after high school. Her students are fortunate to have her as a teacher.” 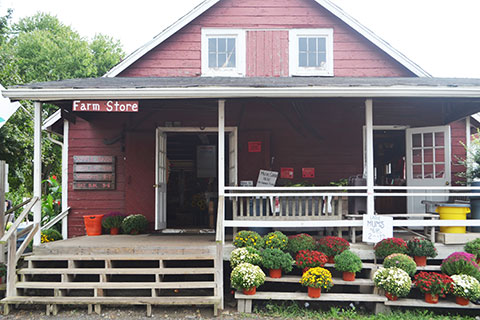 New Jersey Secretary of Agriculture Douglas Fisher  recognized the West Windsor Community Farmers Market, and Terhune Orchards, each in Mercer County, and Demarest Farms in Bergen County for being listed by national publications as top locations in the country for their products and experience.

West Windsor Community Farmers Market was voted the No. 4 community farmers market in the country in a national poll by The American Farmland Trust and Farmers Market Coalition. The market received the most votes for New Jersey and the Northeast. Travel + Leisure ranked Demarest Farms and Terhune Orchards among the top places for apple picking in the U.S. Demarest was ranked the No. 7, and Terhune was ranked No. 8.

“The residents and visitors of New Jersey have known for many years about the outstanding agriculture, produce and on-farm experiences that are available here,” Secretary Fisher said. “These award-winning operations are some of the finest examples of prominent farm-related enterprises in the Garden State.”