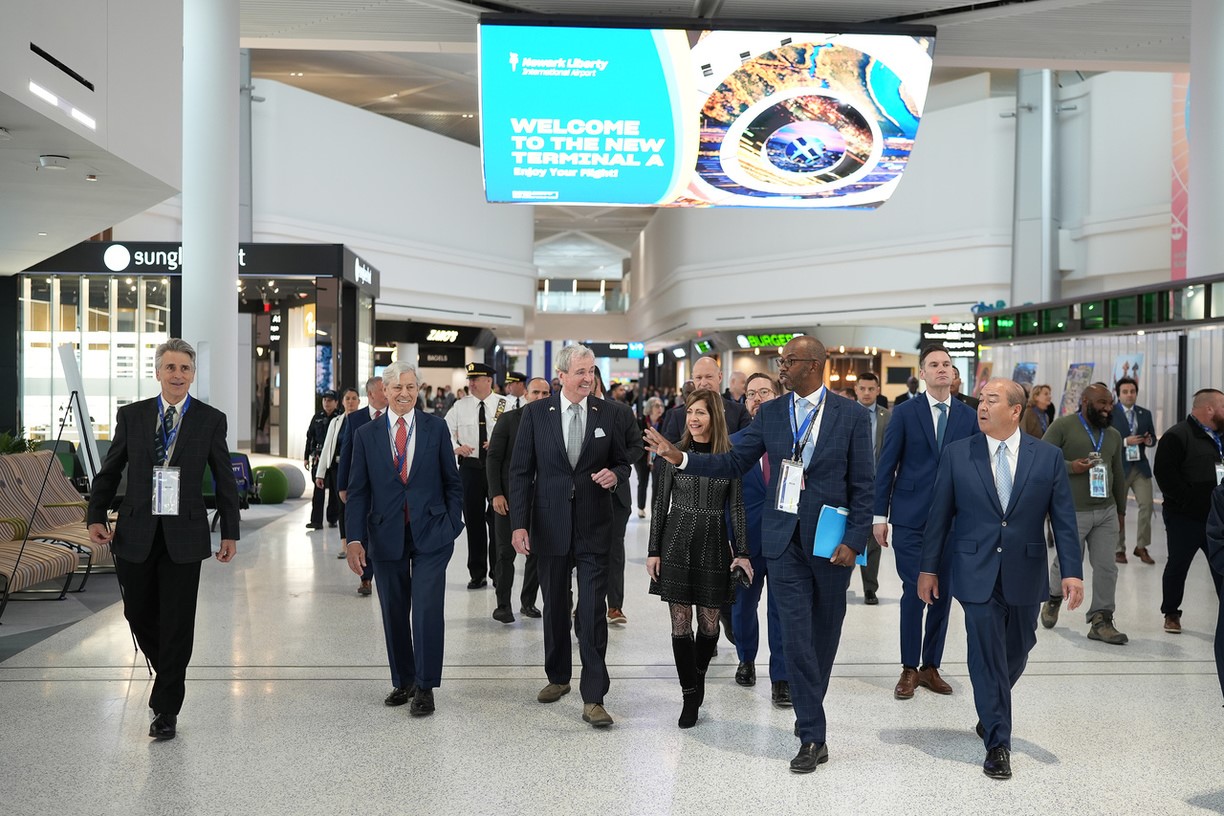 “Today’s unveiling of Terminal A marks the culmination of the largest infrastructure project I have had the honor of overseeing during my administration, as well as the realization of our vision for a state founded upon sound infrastructure and fueled by economic opportunity,” said Governor Murphy. “From uniquely New Jersey concessions to innovative public art installations and world-class facilities, Terminal A is revolutionizing travel in a state that has always been – and always will be – a model for the rest of the nation to follow. Just as importantly, while Terminal A’s transformation solidifies Newark Liberty’s status as a regional and international transportation hub, it will also spur billions of dollars in economic activity and generate the good-paying jobs upon which our communities depend.” 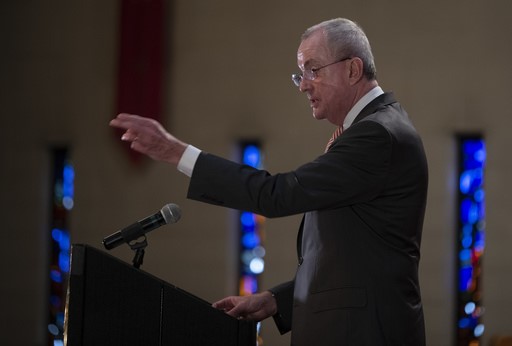 “As we wake up to the reality of another mass shooting in America, this time at the University of Virginia, it is clear that we must do everything in our power to protect our communities and our residents from the senseless gun violence that plagues our country,” said Governor Murphy. “The gun violence epidemic underscores the critical need for state, local, and community partners to work together to ensure the highest standards of public safety are being met. This legislation will enhance security requirements for New Jersey’s public venues and places of worship so that law enforcement agencies can be best prepared to handle threats and respond to emergencies.” 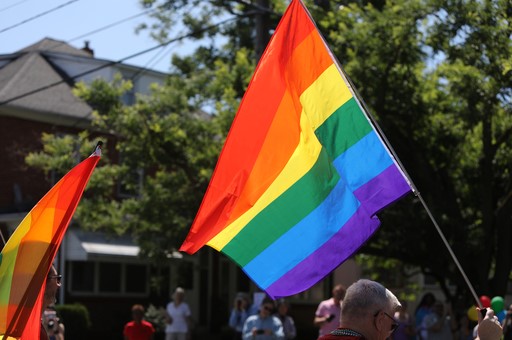 Governor Phil Murphy signed Executive Order No. 311, exempting all name change orders filed with the New Jersey Department of the Treasury after 1948 from the Open Public Records Act (“OPRA”) and requiring Treasury to treat all such name change orders as confidential. The Executive Order signed on Wednesday, during Transgender Awareness Week, furthers the Governor’s commitment to supporting and protecting the LGBTQIA+ community.

“A person’s name change can be a critical step in gender transition or affirmation of their gender identity, but many who wish to change their name have legitimate safety and privacy concerns with maintaining legal records of their name change,” said Governor Murphy. “I am proud to sign an executive order today, during Transgender Awareness Week, that will help protect privacy, and support New Jerseyans who wish to change their names without fear for their safety.”

In addition to signing Executive Order No. 311, Governor Murphy has partnered with members of the Legislature to reduce additional barriers to changing one’s name. Currently, after securing a name change order from the court, a person is required to file the order with the Division of Revenue and Enterprise Services in Treasury and pay a $50 fee. This week, the Legislature introduced a bill (S3332/A4888) to waive the fee. Primary sponsors of the bill include Senator Joseph Vitale and Assemblywoman Annette Quijano.

“I am also proud to work with our Legislative partners to reduce financial impediments to changing one’s name,” continued Governor Murphy. “In our state, we are committed to ensuring that affordability does not pose an obstacle to someone’s desire to express their identity . We will continue to build a stronger and fairer New Jersey where every individual is given the right to live their truth openly and freely.” 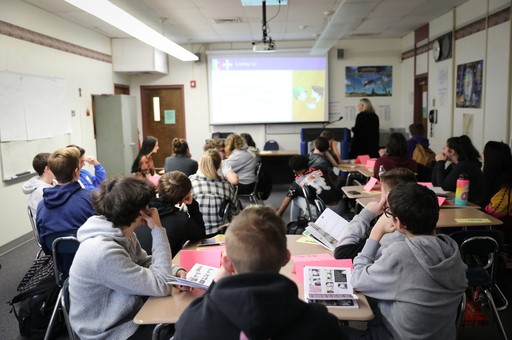 After several weeks of public and stakeholder input, and in response to the youth mental health crisis nationally and in New Jersey, the New Jersey Department of Children and Families (NJ DCF) announced the roll-out of a Request for Proposals (RFP) to advance the launch of the NJ Statewide Student Support Services (NJ4S) network of integrated prevention and intervention programming for New Jersey’s 1.4 million students and their families. In addition to proceeding with the creation of the new NJ4S model, in order to minimize disruption to students already receiving services, the Administration will also maintain the current SBYS funding in Governor Murphy’s FY2024 State Budget proposal.

“As a firm believer in the importance of addressing the mental health needs of our youth, I understand just how essential it is to provide young people with the support they need during these challenging times,” said Governor Phil Murphy. “In connection with the announcement and launch of the groundbreaking NJ4S program, my Administration has listened to educators, students, community members and other interested parties about this proposal and appreciate the input we have received. We look forward to continuing to hear from communities and work with stakeholders to advance this new model of care and provide critical services to students in every corner of our state.”

“We’re excited about the healing potential of NJ4S, offering statewide access to mental and emotional wellness services to all students,” said NJ DCF Commissioner Christine Norbut Beyer. “The launch of the RFP is the next step in an ambitious but achievable timeline to stand up regional administrative ‘hubs’ and local service ‘spokes’ for the 2023 – 2024 school year. We have a very strong community-based provider network in NJ, and I look forward to reviewing the proposals we receive from the field, to move one step closer to making NJ4S a reality on the ground for all New Jersey students.” 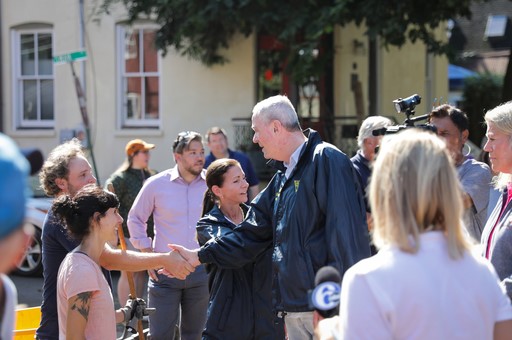 The New Jersey Department of Community Affairs’ (DCA) Division of Disaster Recovery and Mitigation announced that the State of New Jersey will receive an additional $149,229,000 in federal Community Development Block Grant Disaster Recovery (CDBG-DR) funds to help households and communities recover from Hurricane Ida. Combined with the $228,346,000 awarded in May 2022, the State’s total CDBG-DR allocation for Hurricane Ida assistance programs now stands at $377,575,000.

The additional funding is part of a $2 billion national appropriation for disaster recovery that was included in the Continuing Appropriations Act, 2023 (Public Law 117-180) passed by Congress.

“Successfully rebuilding our communities after devastating storms and natural disasters is a collaborative effort between local, state, and federal government. I am grateful to Congress, including both of our Senators and most of our House delegation, for providing our state with additional funding for Hurricane Ida recovery,” said Governor Phil Murphy. “With this funding, more New Jersey residents impacted by Hurricane Ida will receive the support they need to rebuild their homes and communities will be able to recover and become more resilient to future storms."

“The additional funding coming to New Jersey for Hurricane Ida recovery is critical for households and communities in the designated disaster impacted areas,” said Lt. Governor Sheila Oliver, who serves as DCA Commissioner. “The State anticipates using this money to bolster and expand our existing Hurricane Ida Action Plan, which focuses on helping low-income and moderate-income homeowners rebuild, assisting tenant households with their rent, and investing in flood mitigation projects that create stronger, more resilient communities.”