George Helmy serves as Chief of Staff to the Governor.

A native of Jersey City, Helmy served as State Director to U.S. Senator Cory Booker for three years, serving on the Senator's senior staff and overseeing the day-to-day operations of his New Jersey offices. Prior to serving as State Director, he worked as Senator Booker’s state office Deputy Chief of Staff for two years. Prior to serving in Senator Booker’s office, he worked in the private sector with two Fortune 100 companies and served as an aide to the late U.S. Senator Frank Lautenberg, handling issues such as gun safety and financial affairs.

Helmy currently lives in Morris County with his wife and two children. He received his Bachelors of Arts from Rutgers University and a Master’s degree from Harvard University. 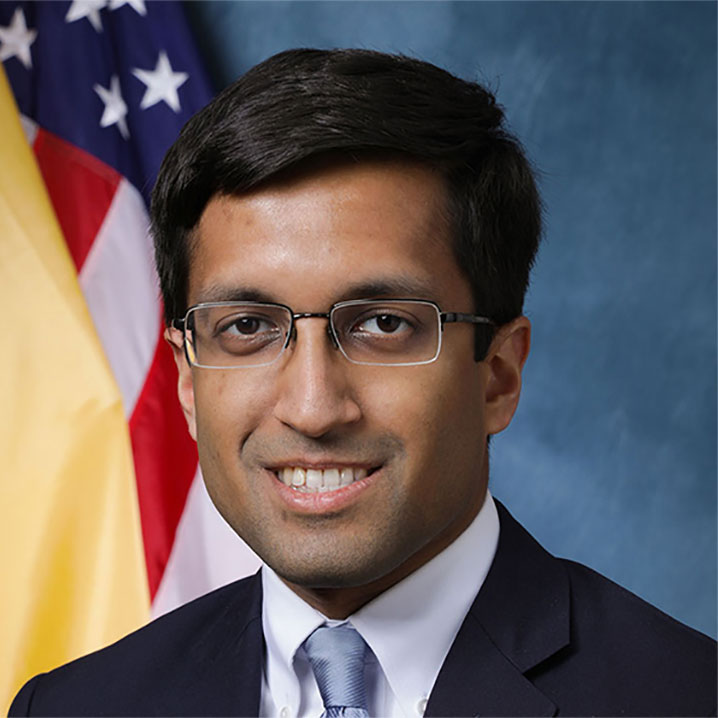 From 2018 to 2020, Parimal served as Deputy Chief Counsel, advising the Governor on a variety of matters affecting his Administration, including legislation, executive orders, litigation, regulations, and public policy issues.

Prior to becoming Deputy Chief Counsel, he served as a Senior Policy Advisor during the 2017 gubernatorial campaign, helping formulate the campaign’s substantive positions. Prior to joining the campaign, he clerked for New Jersey Supreme Court Chief Justice Stuart Rabner. He previously worked as an attorney at Paul, Weiss, Rifkind, Wharton & Garrison LLP in Washington, DC, where his practice focused on antitrust matters, financial investigations, and appellate arguments. 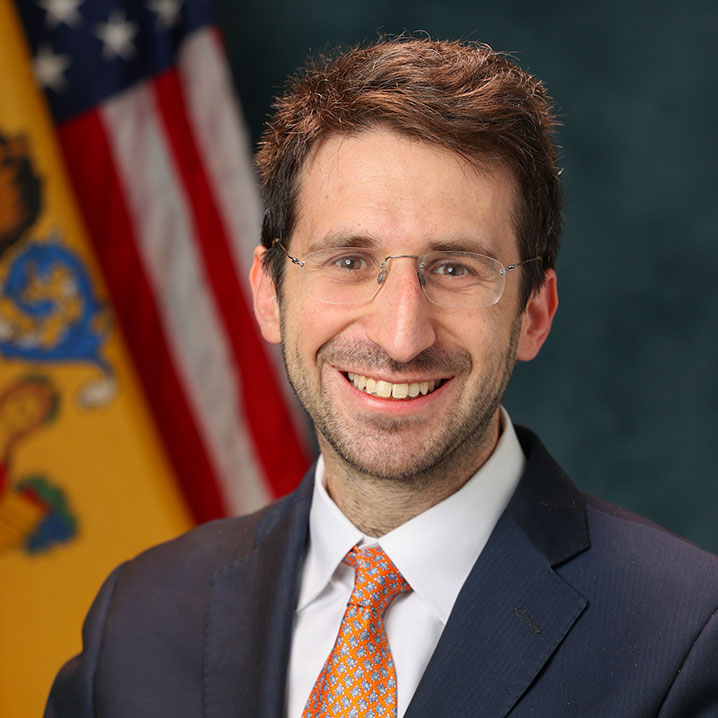 Dennis Zeveloff serves as the Chief Policy Advisor to the Governor.

He previously served as Deputy Chief Policy Advisor and has worked in the Governor’s Policy Office since the start of the Murphy administration in January 2018. During his time in the Governor’s Policy Office, he helped launch major initiatives, coordinated state and federal spending proposals, and oversaw the composition of several of Governor Murphy’s budgets. Prior to the administration, Zeveloff worked on Governor Murphy’s 2017 campaign and his transition team. Before he returned to his home state, he focused on education and community and economic development policy. 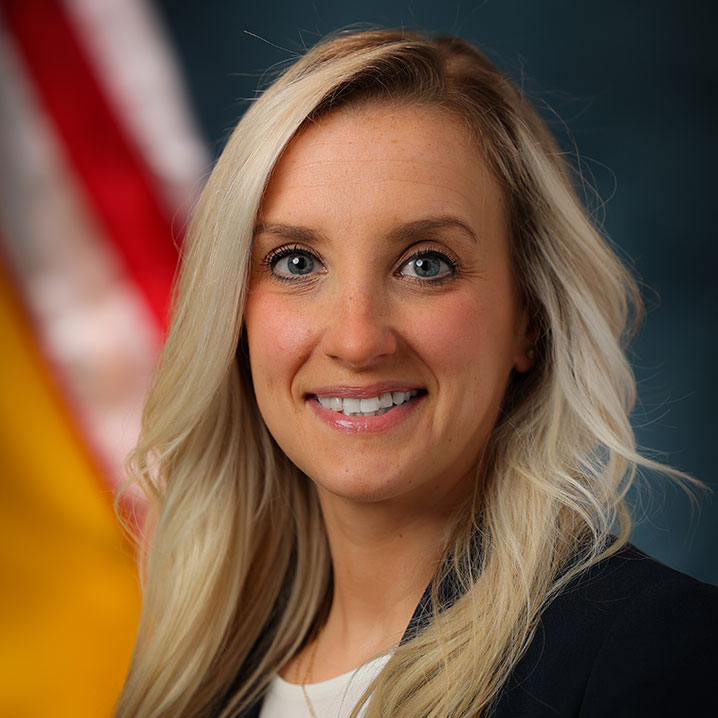 Alexandra Altman serves as Deputy Communications Director to the Governor.

Previously, Altman served as Deputy Press Secretary, leading the communications and messaging strategy for key areas of the Governor’s agenda including climate action and clean energy, public health, and First Lady Tammy Murphy’s Nurture NJ initiative. Altman joined the Murphy Administration as Public Information Officer for the New Jersey Department of Corrections before moving to the Governor’s Office in the Fall of 2018.

Born and raised in New Jersey, Altman currently lives in Montgomery with her husband and two sons.

She joined the Murphy Administration at the Board of Public Utilities, where she rose to the position Chief of Staff, helping to spearhead Governor Murphy’s clean energy agenda. During her time at NJBPU, she worked on several key initiatives of the Administration including the 2019 Energy Master Plan, implementation of the 2018 Clean Energy Act, and development of the State’s electric vehicle incentive program.

Prior to serving in the Murphy Administration, Christine worked as the Legislative and Political Director for Planned Parenthood Action Fund of New Jersey.  At Planned Parenthood, she worked to ensure the election of pro-women’s health candidatesto state office and advocated for the restoration of funding for family planning, the first piece of legislation Governor Murphy signed upon taking office.

Christine began her career working on energy and environmental issues with the Sierra Club as a representative of the Beyond Coal campaign, where she spent five years advocating for clean energy policies in New Jersey.

Christine is a lifelong New Jersey resident. She received her Bachelor’s Degree from Rutgers University and serves on the board of Anchor House, Inc., a Trenton-based youth homelessness organization. She lives in Lambertville with her seven-year-old son, Julian. 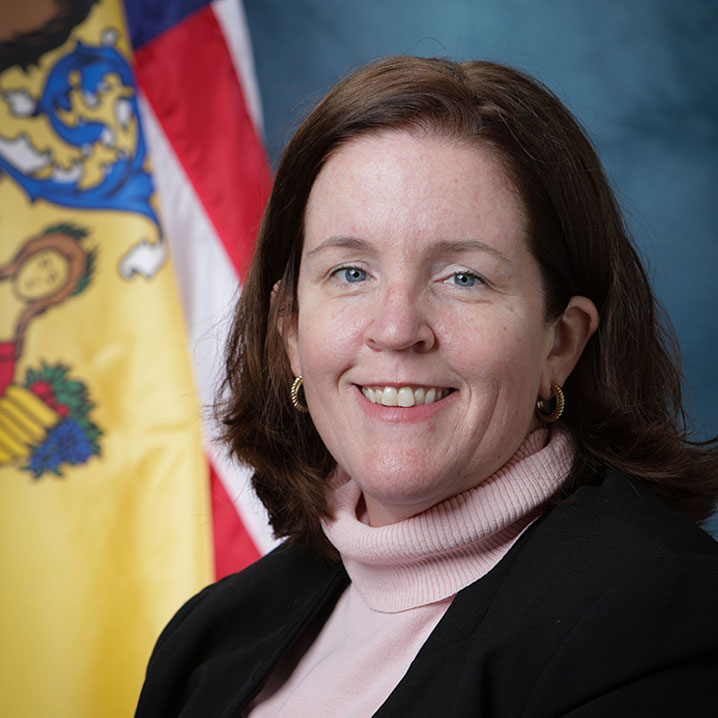 A native of New Jersey, Noreen previously served as Cabinet Secretary to the Governor and as Chief Counsel at the New Jersey Board of Public Utilities.  At NJBPU, Noreen worked on advancing Governor Murphy’s clean energy agenda, including the 2019 Energy Master Plan, the Offshore Wind inaugural solicitation, the establishment of the State’s first community solar program, and the transition of the state’s solar market.

During the Corzine Administration, Noreen served as Chief of Staff at the New Jersey Board of Public Utilities and as the Chief Advisor to the President of the Board.  In this role, Noreen oversaw the day-to-day management of the Board, including core operational, financial, and human resources initiatives.

Noreen formerly served as Director of Executive Office Operations for Governor Corzine and, before that, as State Director to United States Senator Frank Lautenberg, where she oversaw the staff and operations throughout New Jersey. She also served as Deputy Director of the Authorities Unit during the administration of Governor James McGreevey.

Giblin received her B.A. from Villanova University and J.D. from Seton Hall University School of Law. 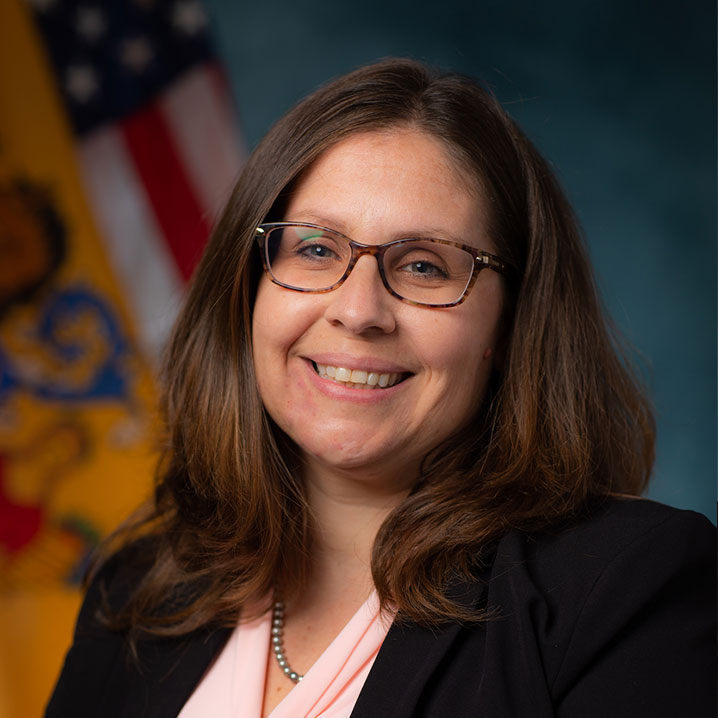 Previously, she served as Senior Counsel, advising the Governor on consumer affairs, environment, and energy matters. Prior to joining Counsel’s Office, Lisa focused on environmental litigation and policy. She worked for the Environmental Practice Group of the Division of Law within the New Jersey Office of the Attorney General for many years with an emphasis on environmental enforcement litigation, solid waste licensing, and Superstorm Sandy recovery. She graduated from Widener University School of Law in Wilmington, Delaware and from the University of Utah in Salt Lake City, Utah with a Bachelor of Arts in Sociology. 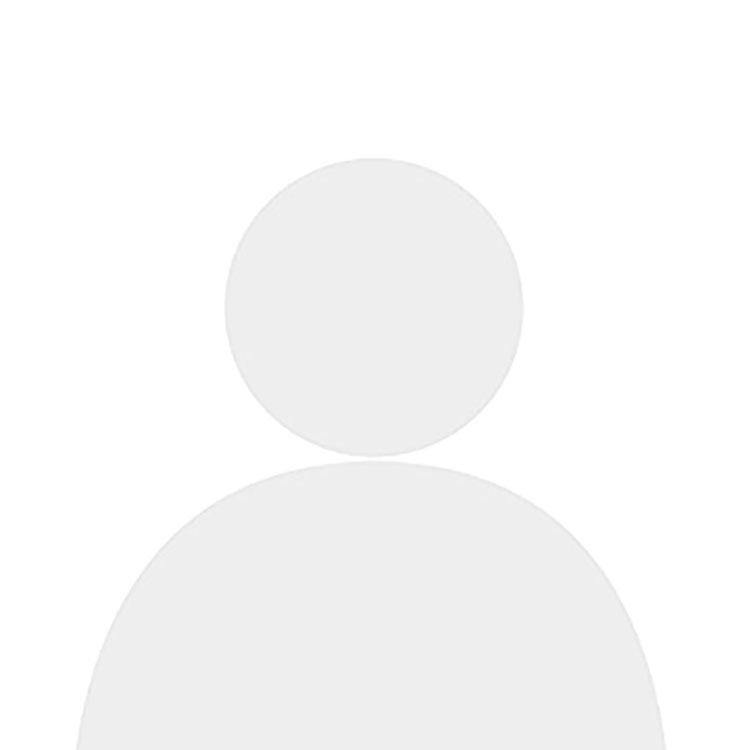 Berns previously served as Chief Counsel in the New Jersey Office of the Attorney General. In that role, he oversaw civil legal matters for the Department, including providing oversight for the Division of Law, the Division on Civil Rights, and the Division of Consumer Affairs. From 2018 to 2021, Matt served as Counsel and Senior Counsel to the Attorney General. Before joining the Office of the Attorney General, he spent three years at the U.S. Department of Justice, where he served as a Trial Attorney in the Federal Programs Branch of the Civil Division. Matt previously worked as an associate at Covington & Burling in Washington and clerked for Judge Thomas B. Griffith of the U.S. Court of Appeals for the D.C. Circuit. He graduated from the University of Pennsylvania and Georgetown University Law Center, where he served as Editor-in-Chief of the Georgetown Law Journal.

Deputy Chief of Staff for Operations

Michelle DeAngelo has served as Director of Operations at the New Jersey Governor’s Office since January 2021 and Director of Scheduling, Advance & Briefings since January 2018. As Director she coordinates the creation and execution of the Governor’s public events. DeAngelo plays a critical role in stakeholder partnerships, collaborating across state agencies and departments, and with external organizations for all of the Governor’s meetings and public engagements. DeAngelo also served as the Director of Scheduling for Murphy for Governor in 2017. She previously worked for the Office of Congressman Bill Pascrell Jr. in Paterson New Jersey from 2008 until 2017, as well as Pascrell for Congress as Deputy Campaign Manager in 2016. DeAngelo was born and raised in New Jersey and is a graduate of Montclair State University. 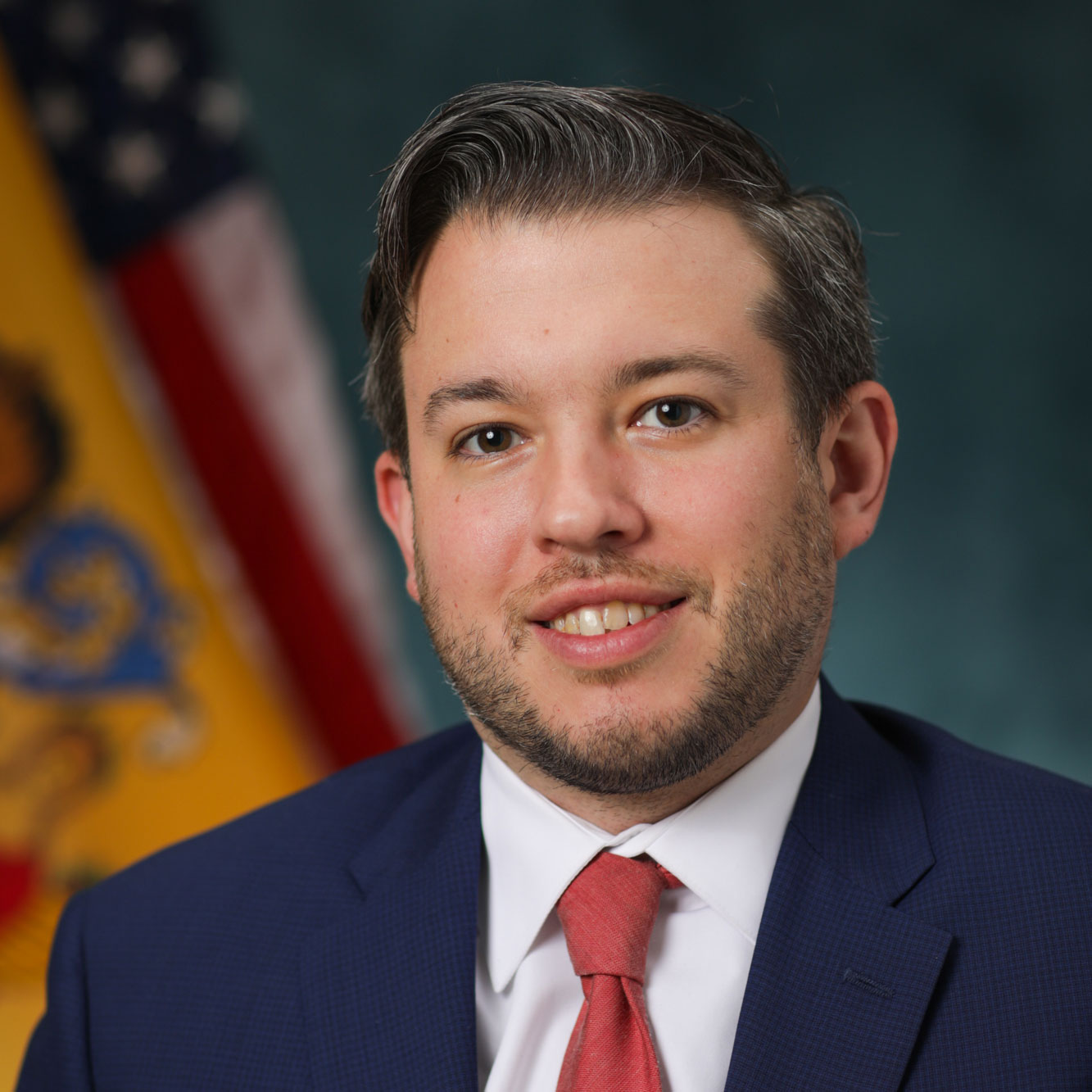 Previously, Tim served as the Governor’s Director of Appointments. Prior to joining the Murphy Administration in 2019, he spent nine years on the staff of Senator Bob Menendez, rising to the position of Deputy State Director.

He is a graduate of Fordham University and resides in Metuchen with his wife Catherine, son Owen, and dog Gus.

Mr. Kelley manages economic affairs for the Governor's Office. In this role, he oversees major policy initiatives, manages large economic development projects, and works with the Governor on marketing the state to businesses around the world. Since joining the Murphy Administration, Mr. Kelley has served as the Governor’s point person for several critical issues, including the economic restart and recovery from Covid-19; the American Dream development; statewide transit oriented development; corporate relations; and foreign direct investment, including the Governor’s trips to Germany, Israel, and India, which have brought over 1200 jobs to NJ.

Mr. Kelley was a Deputy Campaign Manager and Finance Director for the 'Murphy for Governor' campaign. He previously owned and operated a public affairs consultancy, working with U.S. Senator Chris Murphy of Connecticut, the 2012 Democratic Convention Host Committee, and NARAL Pro-Choice America, among others. In 2013, he was appointed by Manhattan Borough President Scott Stringer to midtown Manhattan’s Community Board, a volunteer body with oversight of zoning, land use, liquor licensing, and other economic development issues. Mr. Kelley grew up in Morristown, NJ, and is a graduate of Dickinson College, Carlisle, PA. He is a Member of the Councilor's Program of the Atlantic Council, a foreign policy think tank. 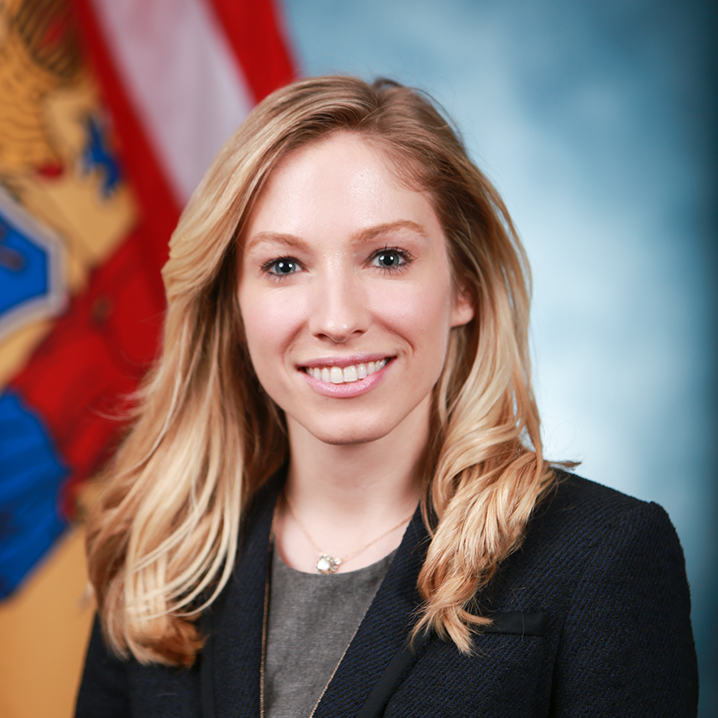 Previously, she was a Senior Policy Advisory to the Murphy for Governor campaign. Prior to that, she served as Deputy Chief of Staff and Legislative Director to Assemblyman Schaer.

Stephanie holds a Master’s of Science in Public Policy and Management from Carnegie Mellon University and a Bachelor’s of Science Degree in Biology, Ecology, and Environmental Science from Christopher Newport University. She served for over two years in the United States Peace Corps working on Environmental Sustainability and Diplomacy.