TRENTON - For the first time in New Jersey history, Drumthwacket, the Governor’s official residence in Princeton, will fly the Pride flag on its official flagpole for the duration of Pride Month in a show of support for all members of the LGBTQ+ community. Pride Month commemorates the Stonewall riots, one of the most important milestones in the LGBTQ+ rights movement. Since Stonewall, the rainbow Pride flag has become an important symbol of LGBTQ+ identity and solidarity.

“It is of the greatest importance that everyone feels accepted in New Jersey, regardless of gender identity or sexual orientation,” said Governor Phil Murphy. “I am honored to show support for our LGBTQ+ residents by flying the Pride flag as we celebrate Pride throughout the month of June.”

“We are honored to be able to represent the LGBTQ+ community at Drumthwacket by flying the Pride flag,” said First Lady Tammy Murphy. “We are also excited to continue to work towards a future of tolerance and acceptance for all.”

The Governor and First Lady made the announcement at their annual LGBTQ+ reception at the Governor’s Beach House in Island Beach State Park. The Pride flag will fly at Drumthwacket throughout the month of June.

“Raising the Pride flag is a message to all LGBTQ+ people—especially our youth—that they are welcomed and have a place in our communities no matter who they are or who they love,” said Christian Fuscarino, Executive Director of Garden State Equality. “Countless towns across New Jersey have embraced that hopeful and inviting spirit for years, and thanks to Governor Murphy and the First Lady’s continued commitment to those inclusive values, every gay and transgender New Jerseyan will know our great state does, too.”

“It is inspiring to live and work in a state that values and responds to the needs of LGBTQ+ citizens,” said Maren Greathouse, Director of the Tyler Clementi Center at Rutgers University – New Brunswick. “Raising the Pride flag is not just a symbol of solidarity, but communicates to youth and young adults who may be struggling to accept their own sexual orientation or gender identity/expression that they can be proud of these identities.”

“As the parent of a transgender child, it fills me with hope to live in a state that sees and values the LGBTQ+ community,” said Jamie Bruesehoff, Parent Advocate for LGBTQ+ community. “Raising the Pride Flag is an important symbol of New Jersey’s celebration of diversity and commitment to LGBTQ+ equality. It sends a clear message to youth and young adults who are fighting to be themselves in their homes, schools, and communities that they matter."

"HiTOPS is thrilled to be a part of this momentous moment in New Jersey's history, as the Governor and First Lady raise the Pride Flag," said Lisa Shelby, Interim Executive Director of HiTOPS. "HiTOPS stands in solidarity with LGBTQ+ communities, and is proud that our state visibly proclaims that all people - no matter how they identify, or who they love - are full members of the larger community and entitled to the equity, inclusion, and dignity afforded all citizens." 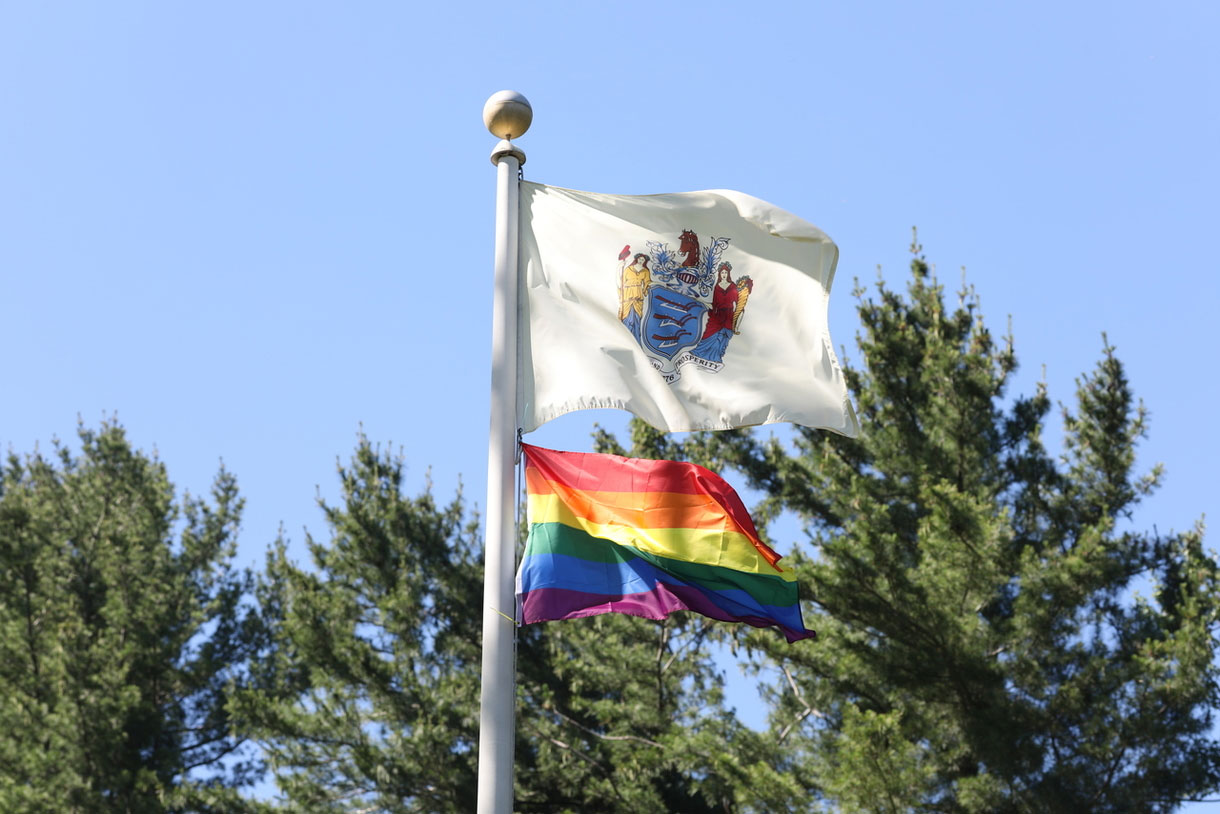