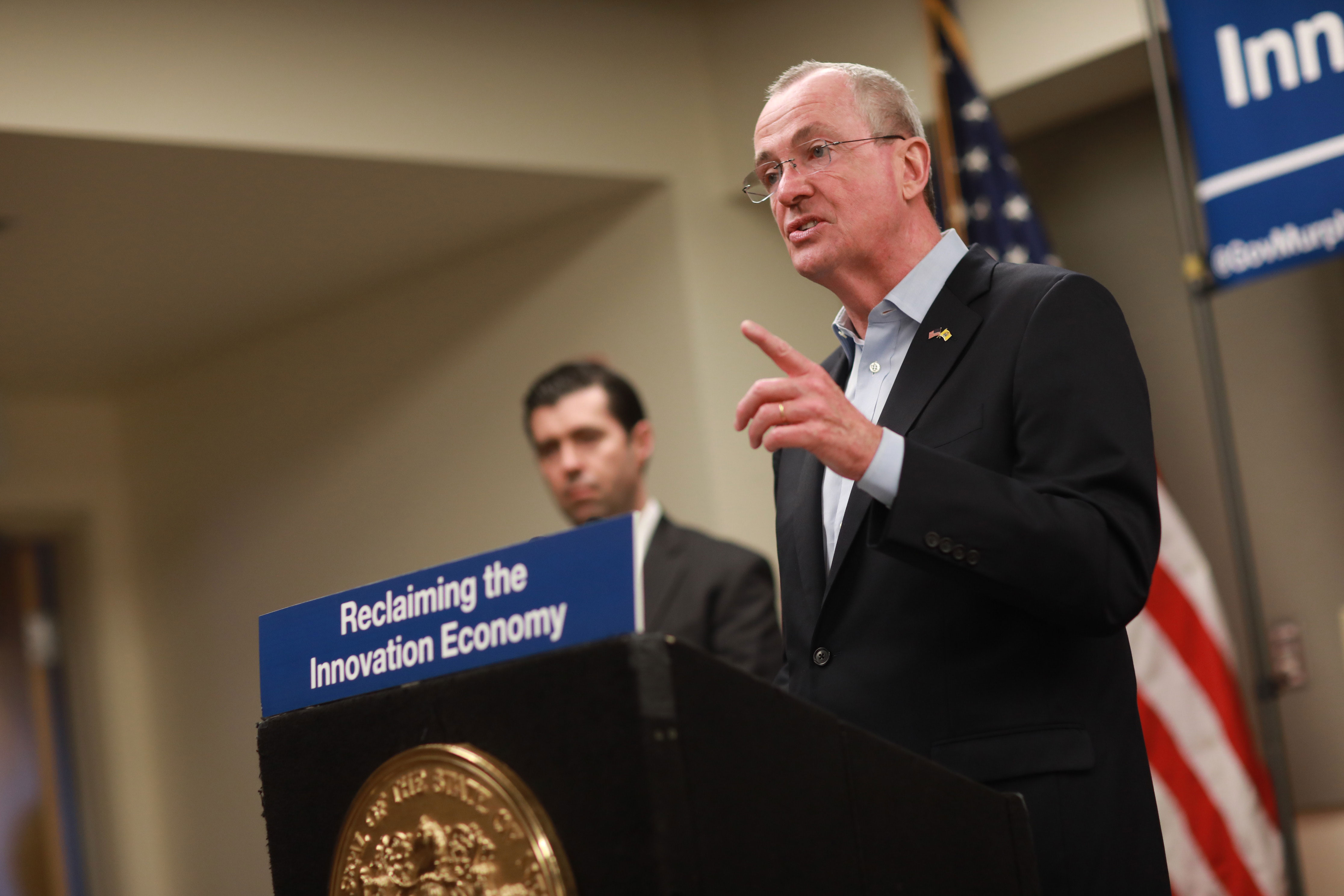 Governor Phil Murphy issued a conditional veto of S3901, returning the bill to the Legislature with recommended changes to reform the state’s flawed tax incentive programs.

The recommendations outlined in the conditional veto largely mirror the tax incentive proposal that Governor Murphy first transmitted to the Legislature in late 2018. The proposal presents sweeping reforms to the current tax incentive programs and shifts the focus to bringing new companies to New Jersey while helping to grow state-based startups.

“For the past six years, New Jersey has operated under a severely flawed tax incentive program that wasted taxpayer money on handouts to connected companies instead of creating jobs and economic growth,” Governor Murphy said. “The program I’ve outlined in the conditional veto is one that creates good jobs and works for everyone, not just the connected few, and one that will help restore New Jersey’s prominence as the state of innovation.” 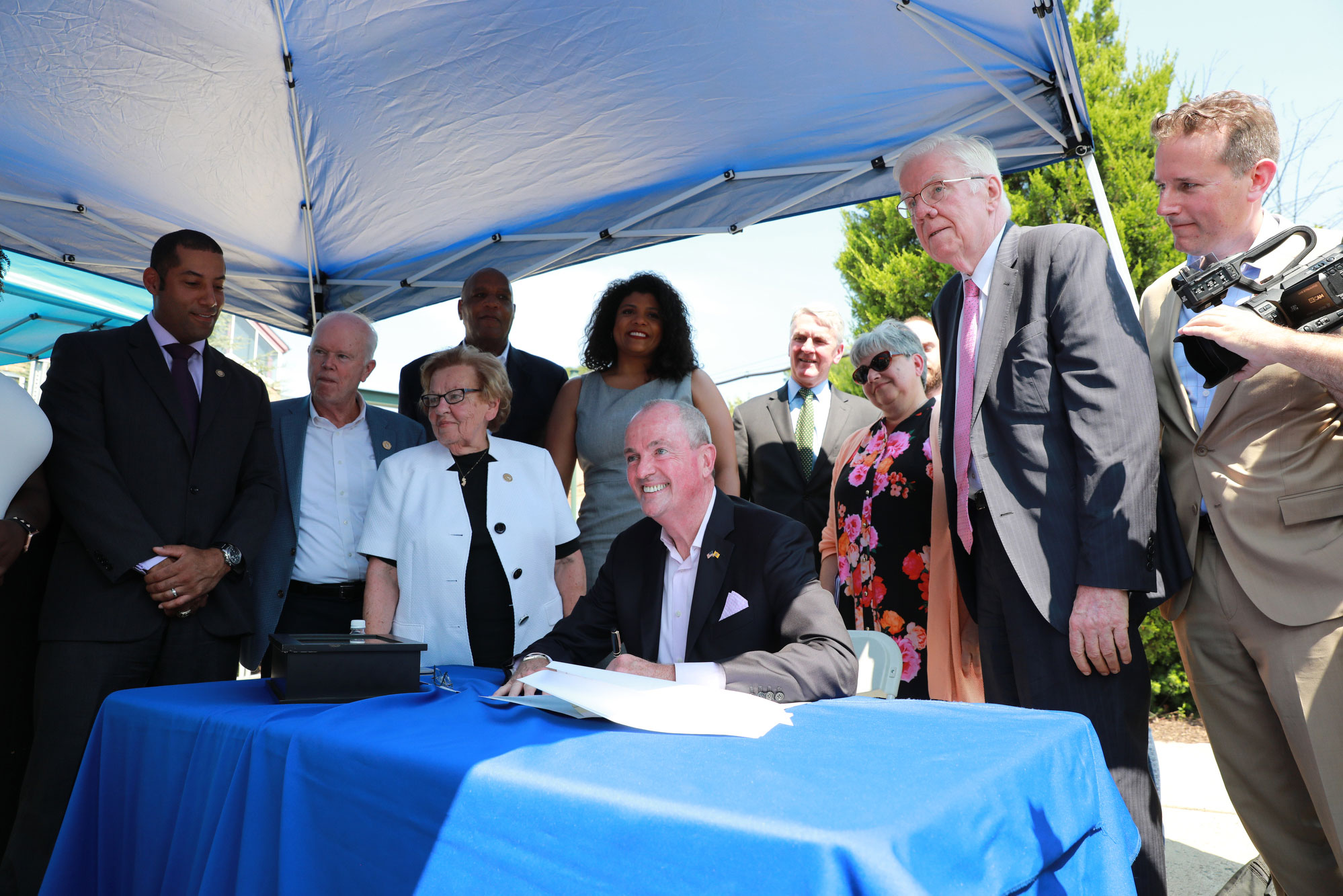 Governor Phil Murphy signed Executive Order No. 80, requiring NJ TRANSIT rail performance metrics to be shared with the public monthly through the agency’s website. This step forward in providing transparency and accountability for commuters follows from a number of the findings in the independent audit of the agency’s operations ordered by the Governor and released in October 2018.

“Improving communication with customers has been among the most important objectives in our efforts to improve NJ TRANSIT performance, safety, and reliability,” said Governor Murphy. “The step we’re taking today requiring performance metrics to be released monthly will give rail commuters the information they need to make informed decisions and provide accountability to the public in real time.”

“As the Board Chair of NJ TRANSIT, I am a firm believer in transparency and enhanced metrics to measure our progress toward improved service,” said Transportation Commissioner and NJ TRANSIT Board Chair Diane Gutierrez-Scaccetti. “Formalizing the reporting requirements through an executive order ensures that NJ Transit will be held accountable for its performance for administrations to come.”

“When I arrived at NJ TRANSIT, I found a hollowed out, severely neglected organization which hampered our ability to deliver the service our customers rightfully expect and deserve,” said NJ TRANSIT President and CEO Kevin Corbett.  “We’ve taken aggressive measures to address recruiting, Infrastructure needs and languishing capital projects.  As a result, we are rapidly restoring the depleted ranks of employees and seeing improved performance that indicates we’ve turned a corner. But make no mistake, we still have a lot of ground to make up. I will not be satisfied until our customers are. Increased transparency and improved metrics will hold our organization accountable at all times.” 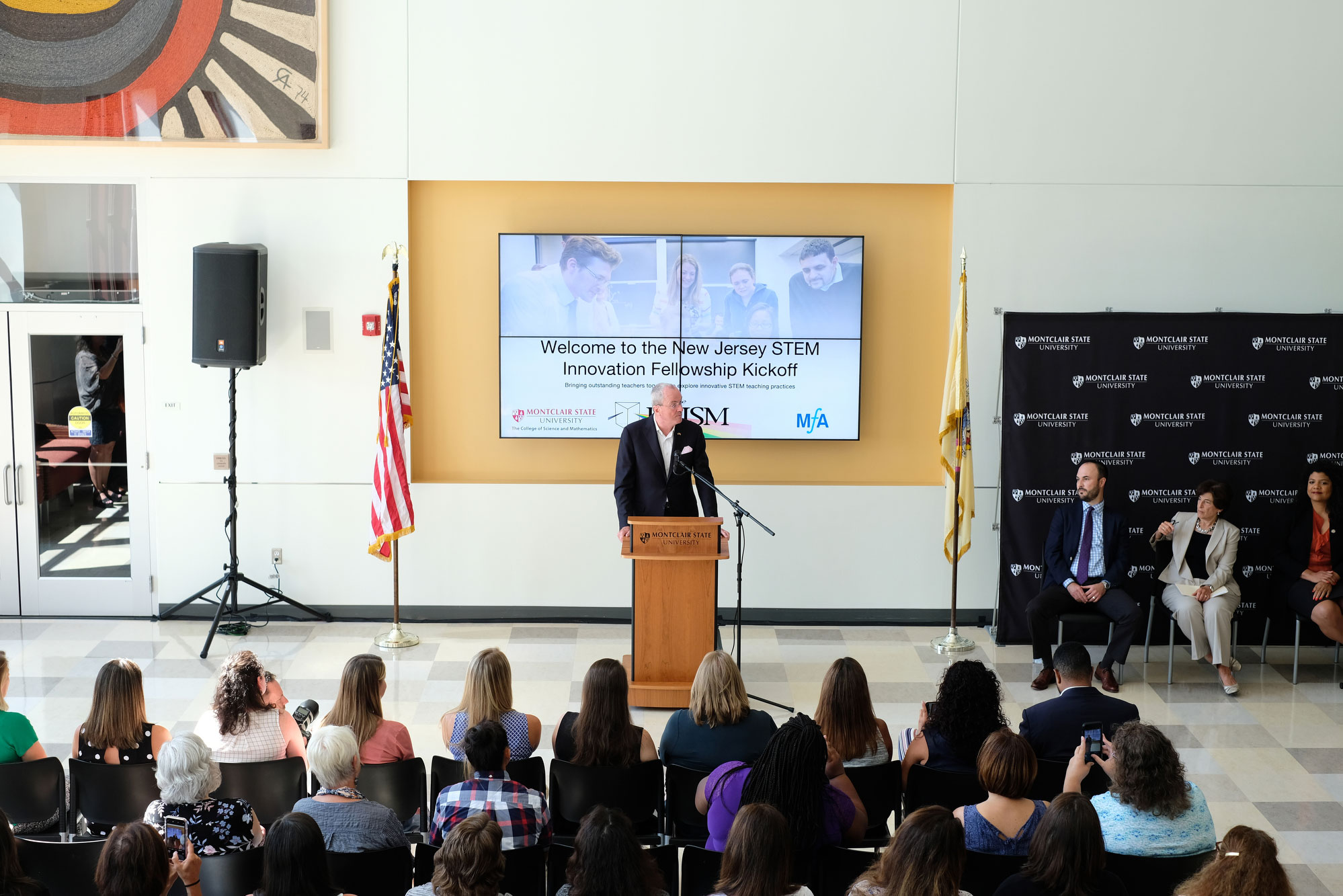 “Investing in our workforce is essential to creating a stronger and fairer New Jersey for all of our residents,” said Governor Murphy. “These new initiatives will continue our efforts to invest in our people by providing the necessary training and education to grow our middle class and reignite the innovation economy.” 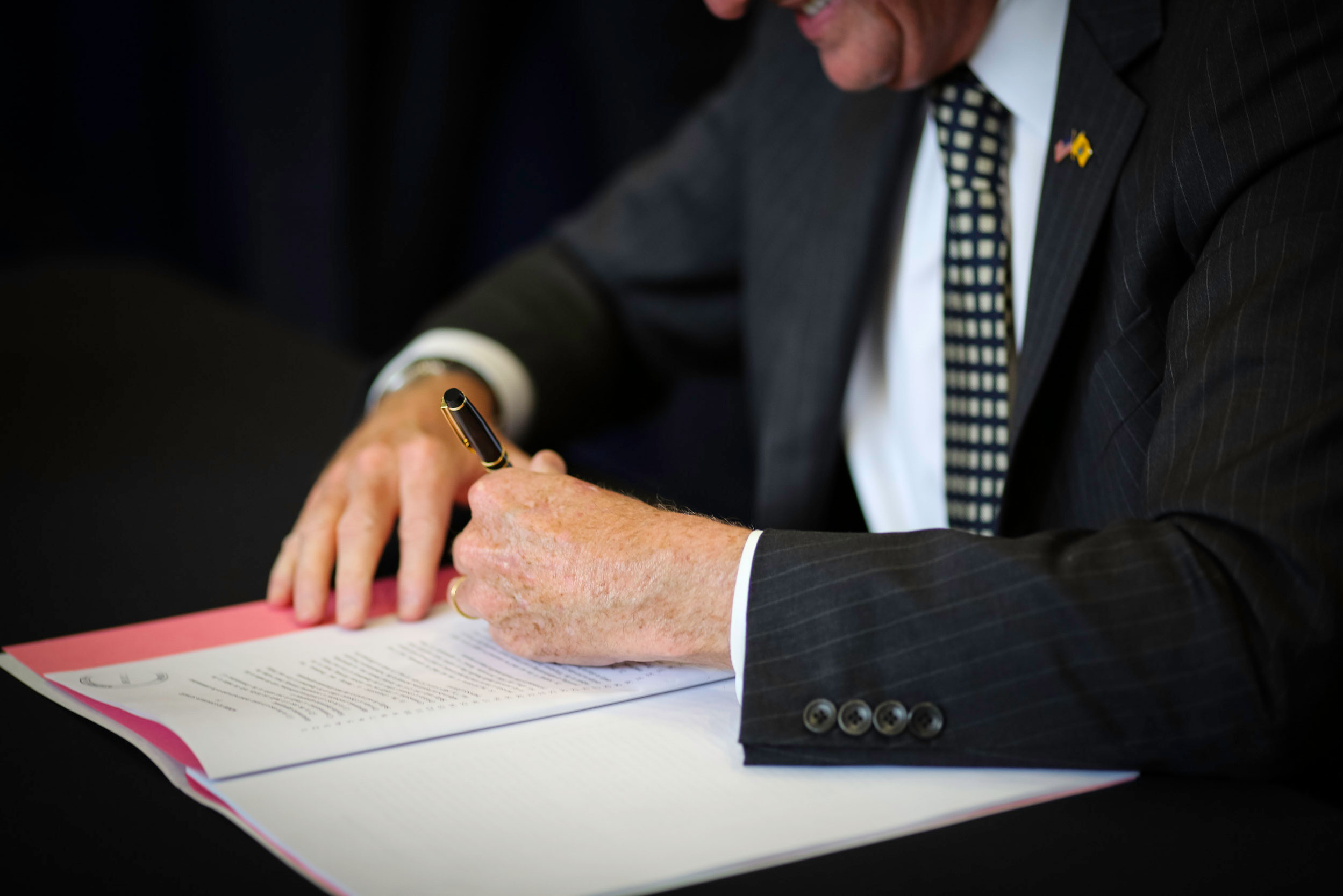 Governor Phil Murphy enacted a new law expanding the use of ignition interlock device for those convicted of drunk driving offenses and of refusing breath tests. The legislation (S824) also reduces the length of license suspension and forfeitures for these offenses.

“Expanding the use of ignition interlock devices is just common sense,” said Governor Phil Murphy.  “We must deter drunk driving without negatively impacting individuals’ ability to take care of themselves or their families.  License suspensions are an imperfect tool for accomplishing both aims, as they do not stop drunk drivers from getting behind the wheel and they can prevent ex-offenders from supporting their livelihoods.  In contrast, ignition interlock devices prevent drunk driving while allowing ex-offenders to support themselves and their families.” 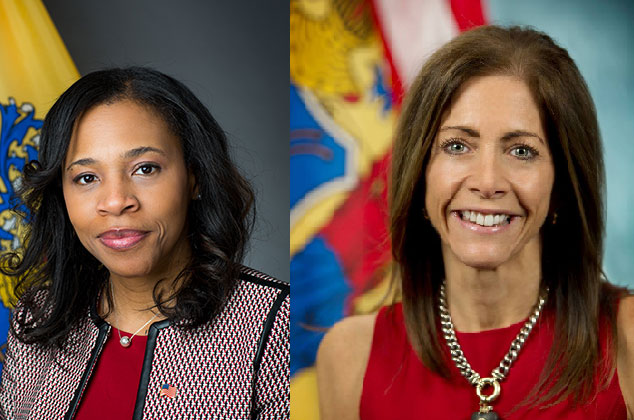 To mark Women’s Equality Day on August 26, the New Jersey Historical Commission announced that New Jersey First Lady Tammy Snyder Murphy will serve alongside Secretary of State Tahesha Way as co-chairs of NJ Women Vote: The 19th Amendment at 100, a multi-faceted programming initiative marking 100 years of women’s suffrage in the United States. The centennial of the passage of the Nineteenth Amendment, which granted women the right to vote, will occur on August 26, 2020; New Jersey ratified the Amendment on February 9, 1920.

“I could not be prouder of New Jersey’s historical role in the fight for women’s suffrage,” said First Lady Tammy Murphy. “The stories of far too many women have gone unheard, and their fight continues to this day. I look forward to the vital work that NJ Women Vote will do to bring the movement into the 21st century and bring so many inspiring stories into the light.”

“As a woman serving as New Jersey Secretary of State, I am honored to co-lead our state’s effort to recognize the 100th anniversary of women’s suffrage,” said Secretary Way. “While women of color were prevented from exercising this fundamental right for decades following the ratification of the 19th Amendment, it was nonetheless a monumental step forward. Its enactment strengthened our nation by opening doors for women to participate more broadly in public life and service. And throughout the next year, I look forward to NJ Women Vote's celebration of this centennial anniversary as an opportunity to increase civic engagement and voter participation across New Jersey.”