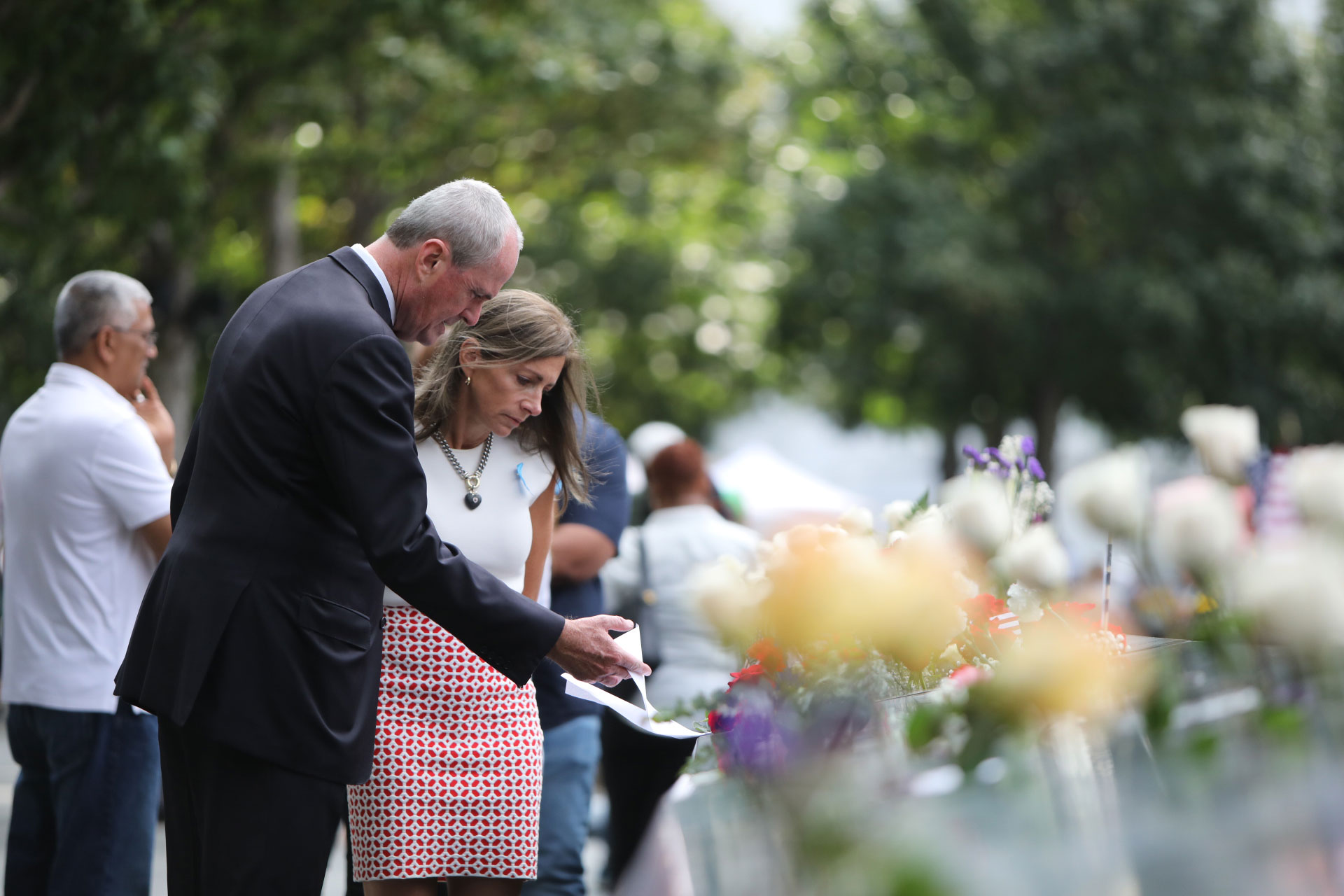 At the National September 11 Memorial and Museum,  Governor Murphy and First Lady Tammy Murphy stood with first responders, families of victims, and 9/11 survivors in remembrance of the nearly 3.000 innocent people, almost 700 of whom were residents of New Jersey, who lost their lives in the 2001 terrorist attacks. Later in the day, Governor Murphy spoke at a remembrance ceremony in North Brunswick, while First Lady Tammy Murphy took part in a ceremony in Old Bridge.

“Eighteen years ago, our nation endured the most devastating attack our country has ever seen,” said Governor Murphy. “Today, and every day, we honor the lives that were taken from us far too soon and the brave first responders who put their lives on the line to save those in harm's way. 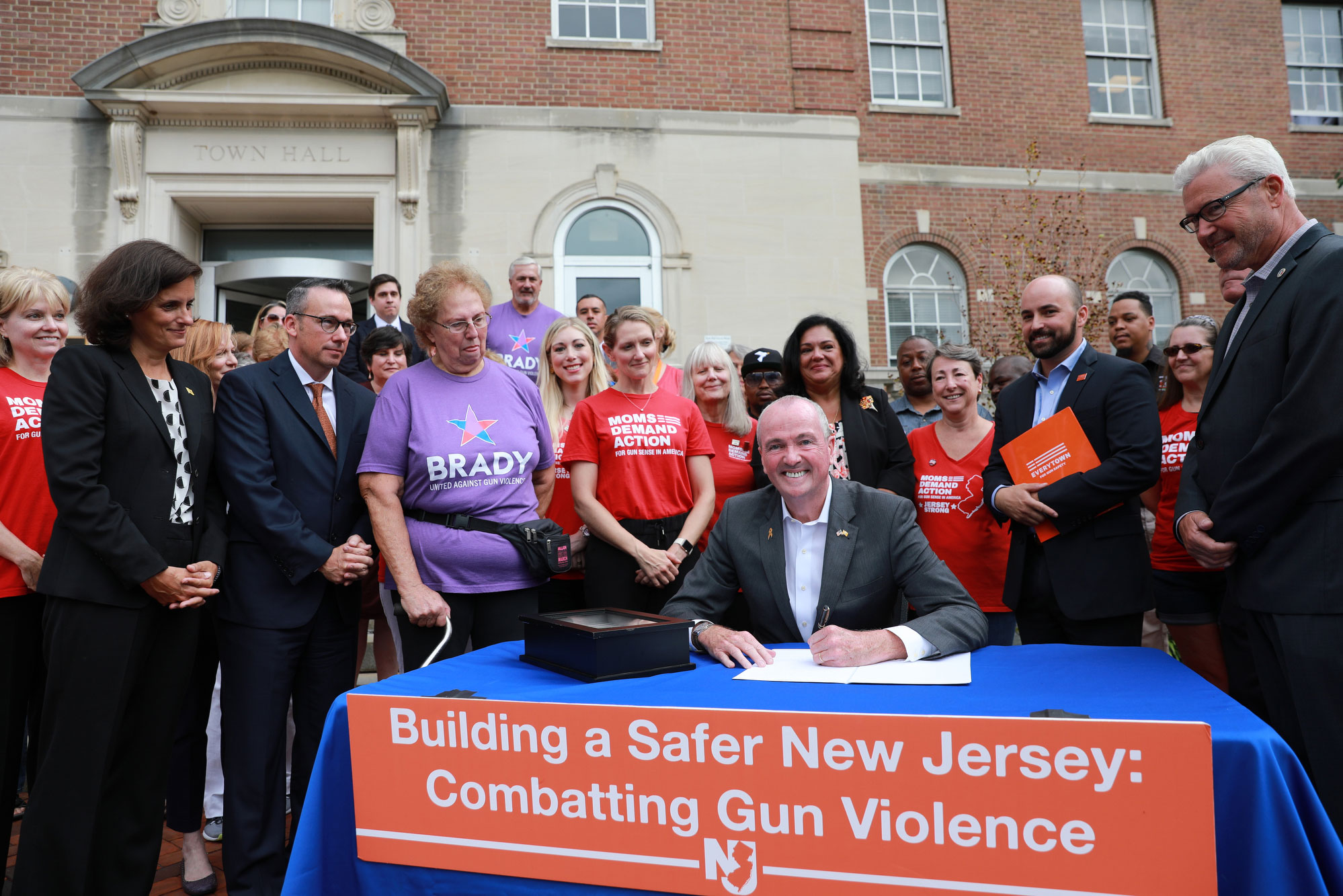 Governor Phil Murphy signed Executive Order No. 83, directing the New Jersey Department of Treasury, the Division of Purchase and Property, and the New Jersey Department of Banking and Insurance to promote responsible gun safety practices for gun vendors and financial institutions providing services to the state, and take action against insurance policies that encourage firearm use. This executive order complements comprehensive, commonsense gun safety legislation signed by Governor Murphy, making New Jersey a leader in instituting the strongest gun safety measures in the nation.

“New Jersey has committed to a whole-of-government approach to tackle gun violence,” said Governor Murphy. “I have signed comprehensive, commonsense gun safety and gun-violence intervention legislation, and now, under this executive order, my Administration is committed to making our communities safer by aiming to do business with gun dealers that have adopted best practices to reduce gun violence. We want those who do business with New Jersey to share our values and be committed to ending the scourge of gun violence in our communities." 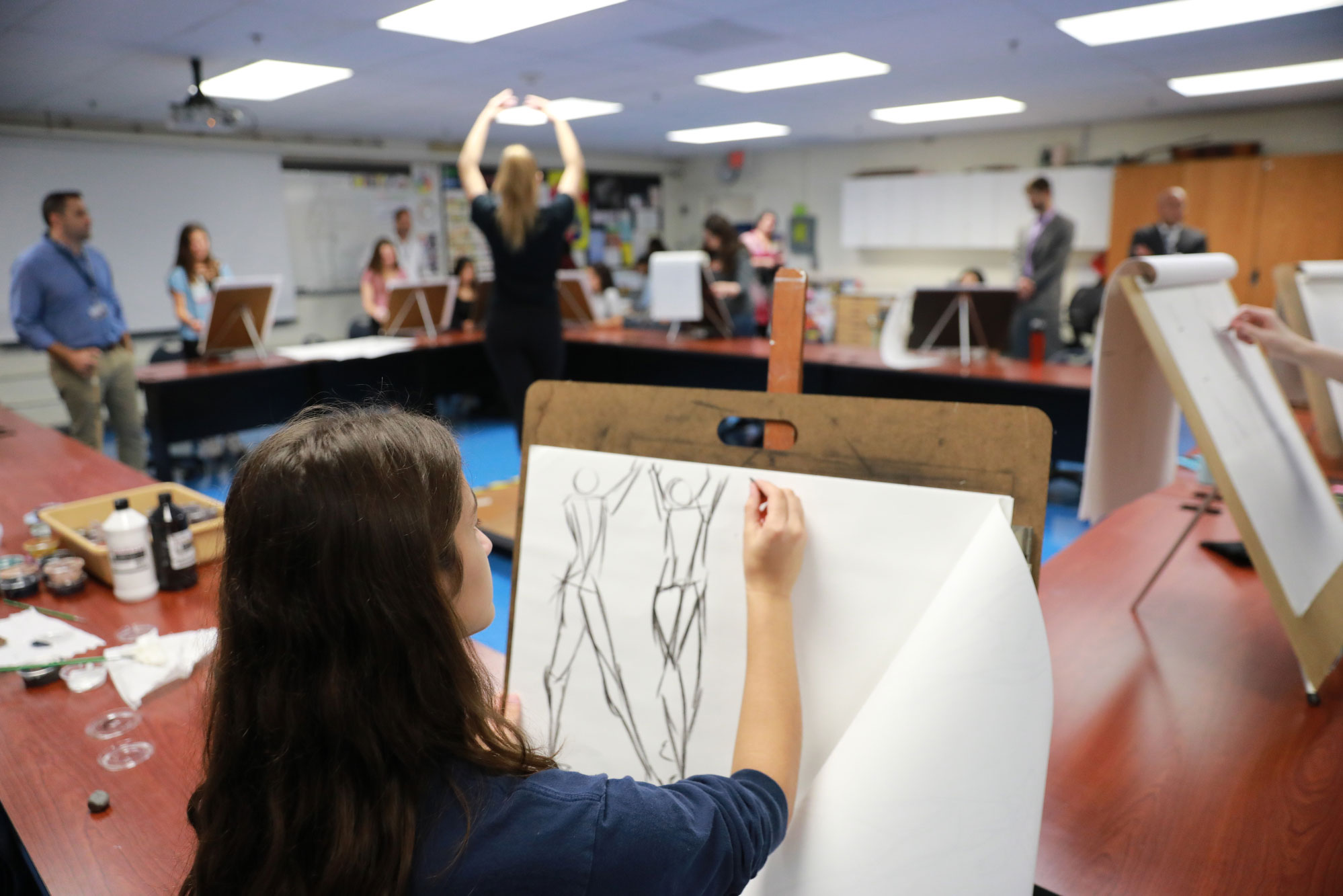 Governor Phil Murphy and Arts Ed NJ Founder and Director Bob Morrison announced that New Jersey has reached the benchmark of offering universal arts education access in all New Jersey public schools, with over one million students in the state actively participating in some form of arts education. Universal access to arts education means that all New Jersey students have the opportunity to take classes in visual and performing arts (Dance, Music Theatre or Visual Art).

“I am grateful that my own education included exposure to the arts, and I know that I would not be where I am today without the skills theater taught me,” said Governor Murphy. “I am proud to announce that all New Jersey public schools are now offering arts education. The future of New Jersey is bright, and today’s announcement is a critical step in ensuring that our children reach their full potential.” 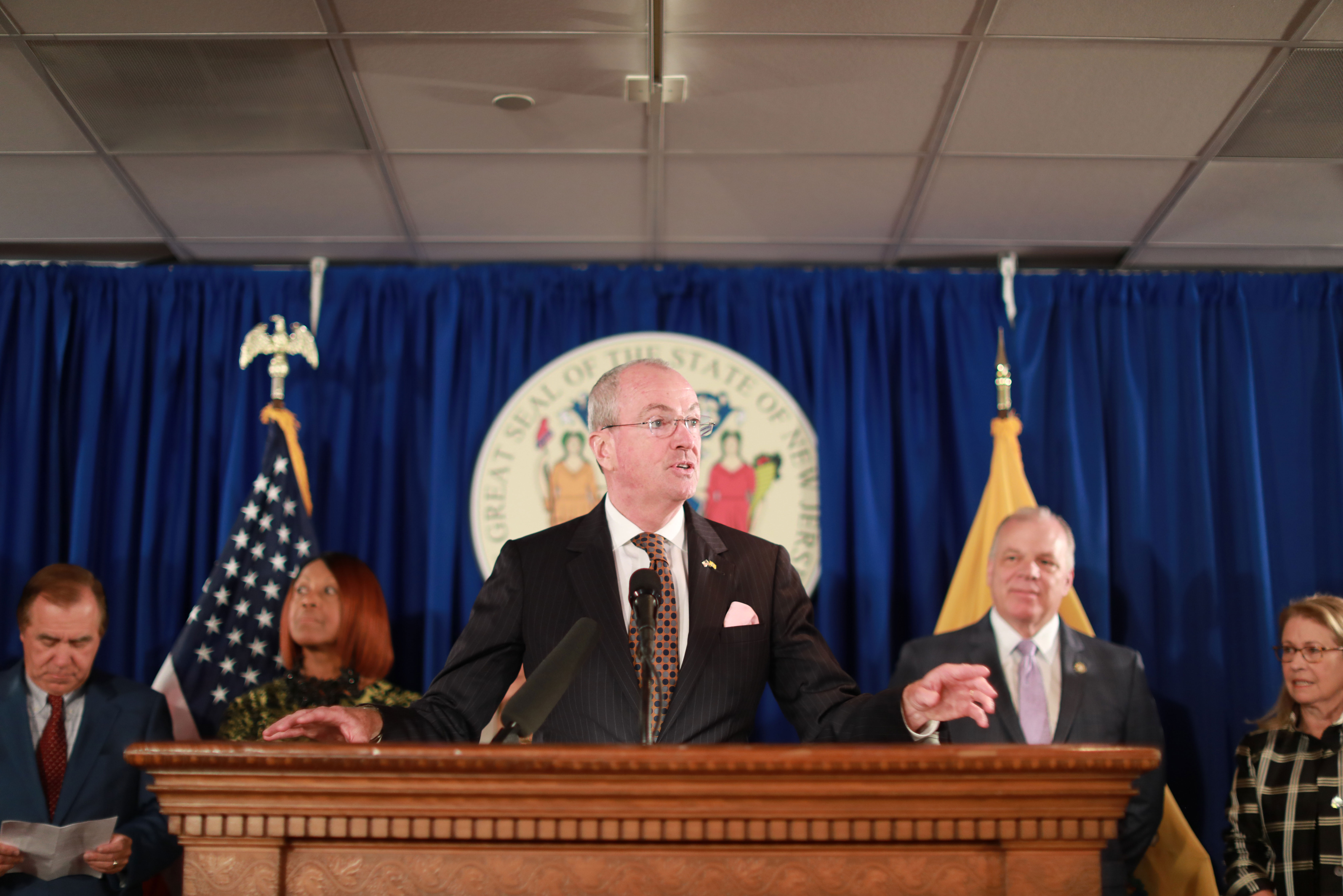 Standing with legislative leaders, cabinet members, and public health officials, Governor Phil Murphy signed Executive Order No. 84 to create the Electronic Smoking Device Task Force, which is directed to formulate a comprehensive strategy to protect New Jersey residents from the hazards of electronic cigarettes. The task force is to submit its recommendations to the Governor, the Legislature, and the public within 21 days.

“The rash of lung disease and death nationwide due to e-cigarette use is deeply alarming,” said Governor Murphy. “As state leaders charged with protecting the safety and health of the New Jersey public, we must have a more complete understanding of the risks associated with this all-too-common practice, and the options available to address e-cigarette use. I’m proud to create a task force bringing departments together across government that will immediately get to work to achieve that goal.

“The only safe alternative to smoking is not smoking. I urge New Jerseyans to follow the recommendations of the CDC and our Department of Health to discontinue the use of all electronic cigarettes and vaping products,” Governor Murphy continued. 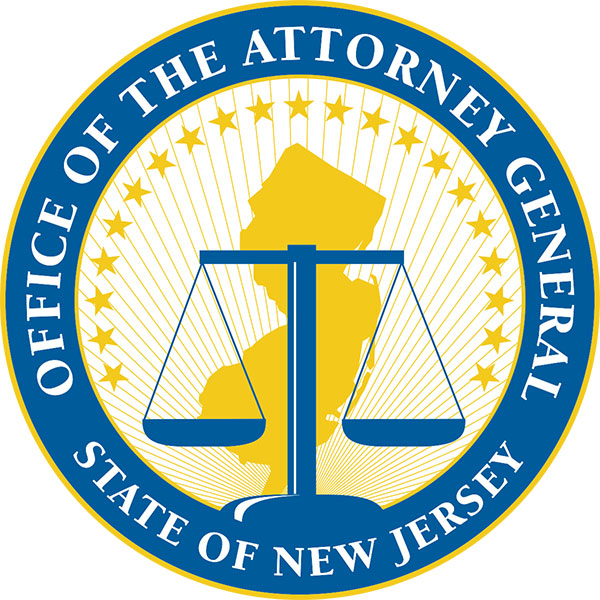 “We will not hesitate to stand up to private companies when their actions violate the law—or, in this case, the U.S. Constitution,” said Attorney General Gurbir S. Grewal. “From the very beginning, we have made clear that the Eleventh Amendment prohibits private pipeline companies like PennEast from condemning state properties for private use, and we’re pleased that the Third Circuit agreed with our position. This is great news for New Jersey and the environment.”