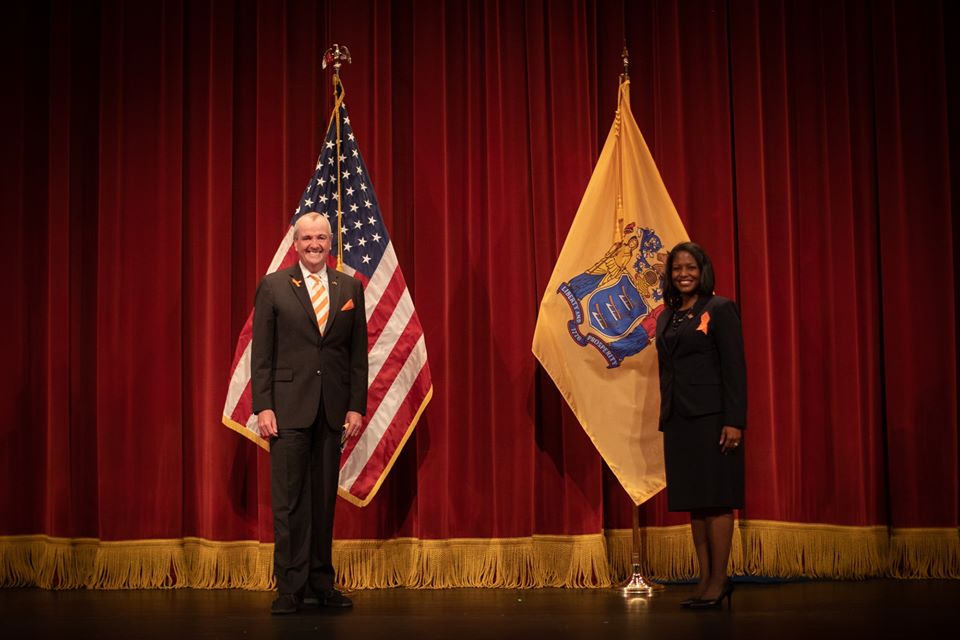 Governor Phil Murphy today announced his intention to nominate Fabiana Pierre-Louis to the New Jersey Supreme Court to fill the seat of Associate Justice Walter F. Timpone, who will reach the mandatory retirement age of 70 later this year. The appointment will first be sent to the New Jersey State Bar Association’s Judicial and Prosecutorial Appointments Committee. With the Committee’s approval, the Governor will proceed with a formal nomination. Upon confirmation by the state Senate, Pierre-Louis would be the first Black woman to serve on the state’s highest court.

“A core tenet of my Administration is a commitment to an independent, fair-minded judiciary that reflects the immense diversity of our great state,” said Governor Murphy. “As a first-generation American, Fabiana brings both a sharp legal acumen and the perspective of her own past that will greatly benefit the proceedings of our state’s highest court. In addition to her esteemed legal career, Fabiana’s humility, empathy, and character are all traits that make her well-suited to become the next Associate Justice and the first Black woman to serve on New Jersey’s Supreme Court.”

“Across this country, there are 33 states which do not have a woman of color on their highest court,” said Lieutenant Governor Sheila Oliver. “I cannot wait to see New Jersey leave that list with Fabiana’s confirmation to the Supreme Court.”

“I have spent my entire legal career in New Jersey, both private practice, and in government service as an Assistant United States Attorney at the U.S. Attorney’s Office,” said Fabiana Pierre-Louis. “It is extremely humbling to have the opportunity to continue the proud tradition of the New Jersey Supreme Court’s commitment to justice, equality, and fairness. I would like to thank Governor Murphy for this honor, and I am so grateful for the opportunity to serve the people of New Jersey.” 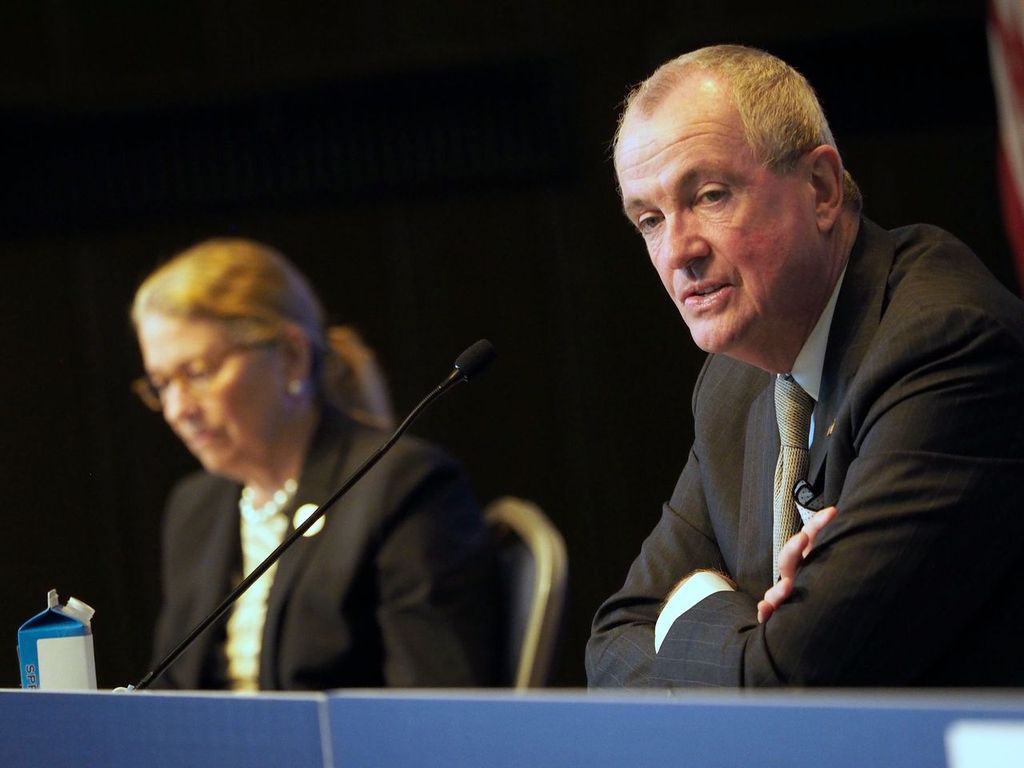 As part of his restart and recovery plan, “The Road Back: Restoring Economic Health Through Public Health,” Governor Phil Murphy announced that New Jersey will enter Stage Two on June 15, 2020.

Guided by strict protocols from the New Jersey Department of Health, as well as input from the Governor’s Restart and Recovery Commission and complementary Advisory Councils, Stage Two will include outdoor dining for restaurants and indoor, non-essential retail as of June 15th. Beginning on June 22nd, barber shops and salons will be able to reopen. In the period to follow, New Jersey will work toward the gradual opening of personal care, gyms, and health clubs, at reduced capacities as the stage progresses. All of these activities will be allowed pursuant to strict health and safety guidelines that will be issued in the coming days. New Jersey ended maximum restrictions and moved to Stage One on May 18, 2020.

“As we move through Stage One of our strategic restart and recovery process, public health data continues to demonstrate our collective success in flattening the curve of COVID-19 cases and hospitalizations,” said Governor Murphy. “It is with these favorable metrics, coupled with expanded testing capacity and contact tracing, that we can responsibly enter Stage Two of our multi-stage approach to recovery. Our economic restart must instill confidence among our residents and visitors that their safety, and that of their families, is our number one priority. I encourage all New Jerseyans to continue their vigilance in keeping themselves and their communities safe by social distancing, wearing face coverings, washing hands frequently, and limiting gatherings.” 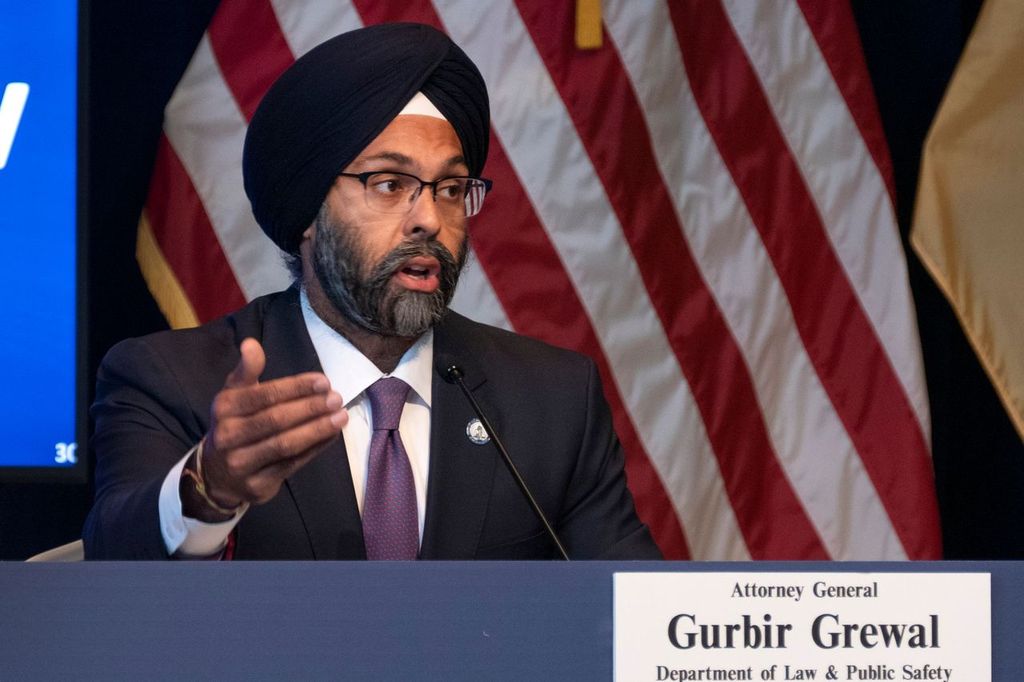 Governor Phil Murphy and Attorney General Gurbir S. Grewal provided updates to ongoing initiatives that advance the Administration’s goal of strengthening trust between police officers and the communities they serve in New Jersey.

The announcement included updates on initiatives designed to ensure, among other things, that police are held to the highest professional standards; that use of force is monitored and governed by the strongest policies; that officers are trained to de-escalate situations involving individuals in crisis; and that the State responds immediately to major civil rights incidents that threaten police-community trust.

“Fixing a system that is fundamentally broken requires us to acknowledge the erosion of trust between communities of color and law enforcement,” said Governor Murphy. “From day one, my Administration has been committed to bringing transformational change to community policing and police culture in New Jersey. Under Attorney General Grewal’s leadership, we will take further steps to build upon our progress and deepen the well of trust in our communities, including the first update of our use-of-force policies in two decades. ”

“The tragic killing of George Floyd reminds us that our country has a long way to go, not only in healing our nation’s racial divides, but also in addressing the systemic and implicit biases that affect all Americans,” said Attorney General Grewal. “Long before this week’s protests, we committed ourselves to making New Jersey a national leader in policing reform. And we’re in this for the long haul, not because it’s easy or popular, but because it’s the right thing to do.” 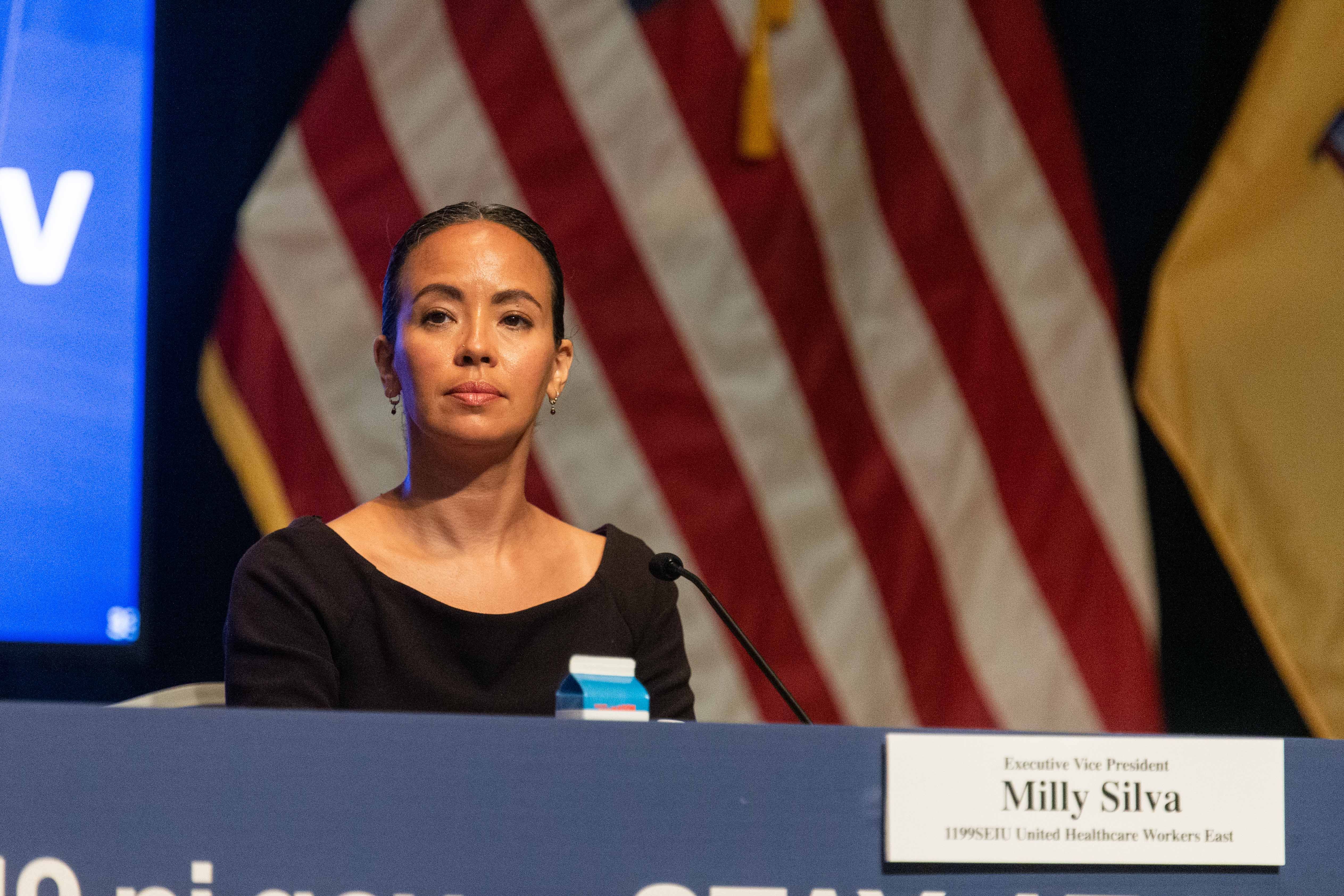 Governor Phil Murphy announced a series of recommendations and actions from Manatt Health’s rapid review of New Jersey’s long-term care facilities to address systemic challenges in long-term care and mitigate the impact of COVID-19 and reduce impacts of future outbreaks.

“The sad fact is that eldercare is a national problem and, too often, a national failure. During this crisis we have seen that in state after state, seniors and those who work with them in long-term care facilities made up a disproportionate number of the positive cases and tragically the losses.  We are all humbled by that,” said Governor Murphy. “The solutions recommended by the Manatt team provide a comprehensive and systemic approach to ensuring the safety of the residents and staff of New Jersey’s long-term care facilities. My Administration looks forward to implementing Manatt’s recommendations to mitigate and protect one of our most vulnerable populations from future outbreaks.”

“I want to thank Manatt for a thorough, in-depth review and recommendations that will help to strengthen New Jersey’s nursing homes and improve their resiliency,” said New Jersey Department of Health Commissioner Judith Persichilli. “Nursing homes care for our most vulnerable residents--our mothers, fathers, and grandparents. Their caregivers are healthcare heroes for what they do every day. These workers—and the residents who call these facilities home—need a system that supports a culture of quality, care, and infection prevention.” 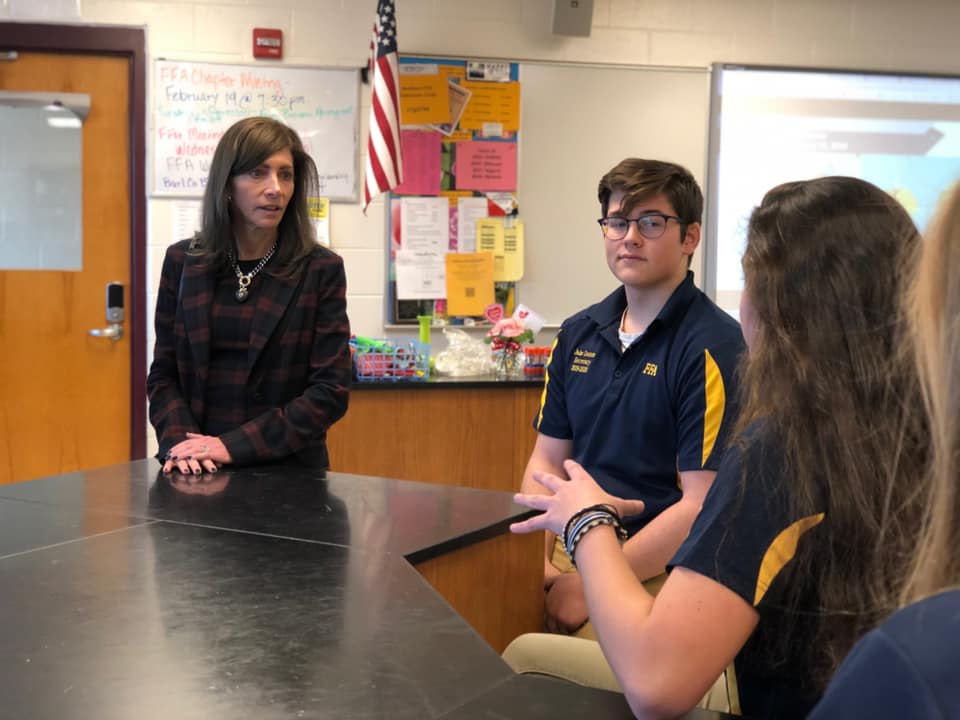 First Lady Tammy Murphy announced that the New Jersey State Board of Education has adopted her initiative to make New Jersey the first state in the nation to incorporate climate change education across its K-12 learning standards.

“In New Jersey, we have already begun to experience the effects of climate change, from our disappearing shorelines, to harmful algal blooms in our lakes, super storms producing torrential rain, and summers that are blazing hot,” said First Lady Murphy. “The adoption of these standards is much more than an added educational requirement; it is a symbol of a partnership between generations. Decades of short-sighted decision-making has fueled this crisis and now we must do all we can to help our children solve it. This generation of students will feel the effects of climate change more than any other, and it is critical that every student is provided an opportunity to study and understand the climate crisis through a comprehensive, interdisciplinary lens.” 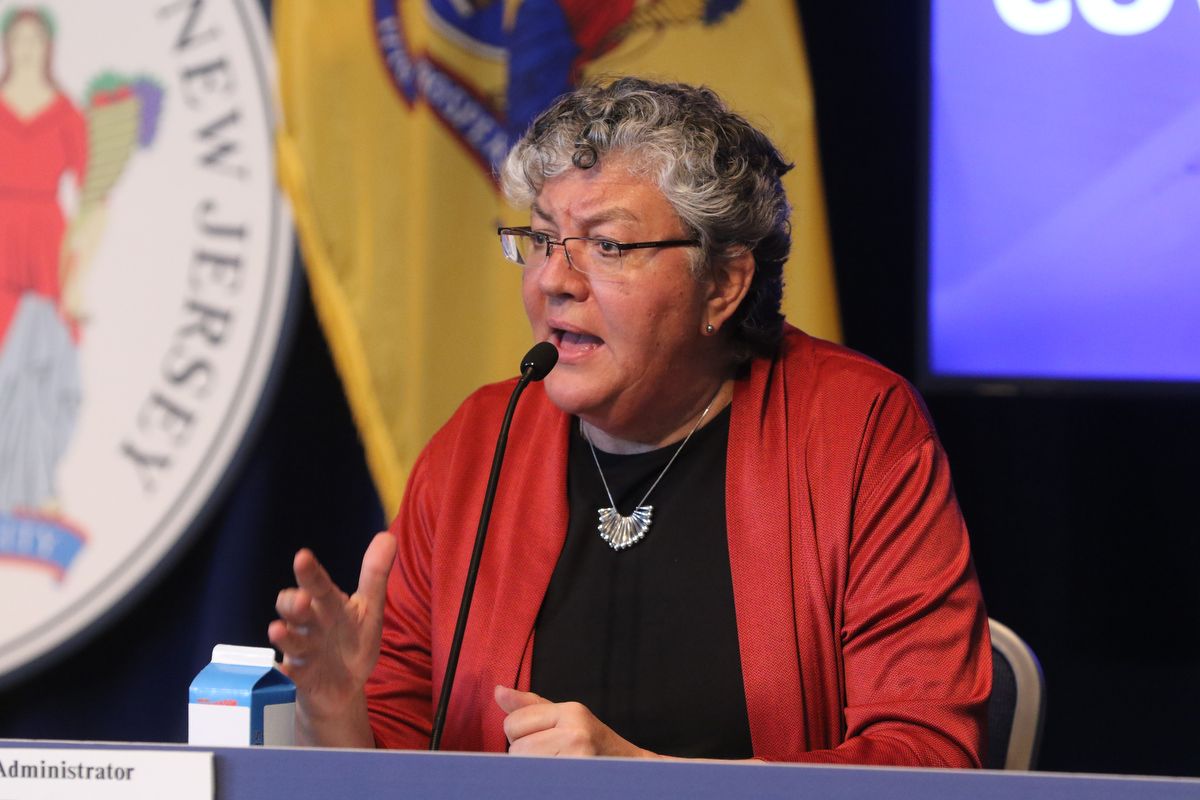 Governor Phil Murphy and Chief Administrator Sue Fulton of the New Jersey Motor Vehicle Commission (MVC) announced plans for a phased reopening of MVC facilities to the public following closures due to the COVID-19 pandemic. The reopening will proceed in a way that safeguards public health and safety, bringing many changes and improved efficiencies to Commission operations.

“With the phased reopening of the Motor Vehicle Commission, we’re passing another important milestone on the Road Back,’’ said Governor Murphy. “The MVC is implementing smart, innovative plans to safely deliver motor vehicle services to New Jerseyans as we continue the fight against COVID-19.’’

“The old MVC crowded a lot of people into a lot of small spaces. We can’t operate like that in a COVID-19 world,” said Chief Administrator Sue Fulton. “Our reopening plan re-imagines MVC workflows, with streamlined processes to clear the backlog and ensure that you spend as little time as possible at MVC.”