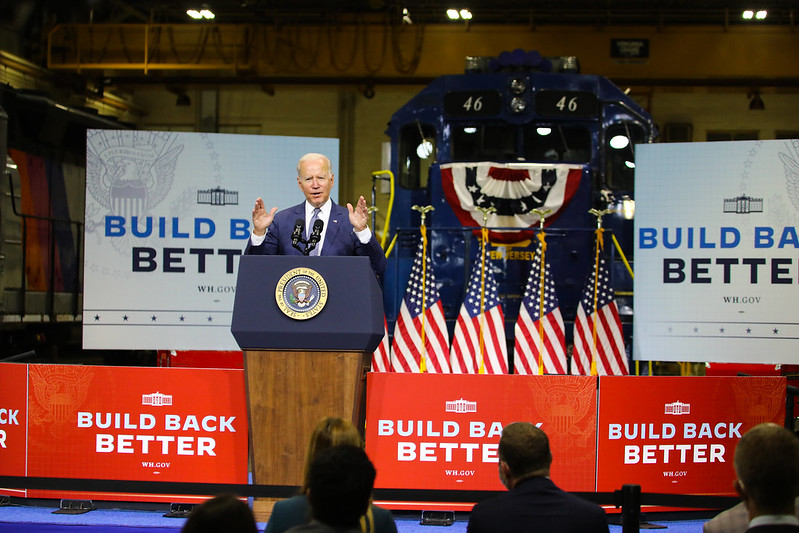 President Joseph R. Biden, Jr., Governor Phil Murphy, and federal, state, and local officials broke ground on the critical Portal North Bridge. The project is finally moving forward after a collaborative effort by the Murphy Administration, the Biden Administration, New Jersey’s Congressional members and Senators, and other key partners, after many years of delays. The Portal North Bridge, which is part of the larger Gateway Program, will greatly reduce gridlock caused by critical operation and maintenance issues of the existing 110-year-old swing bridge and improve service, reliability and capacity for rail travel between New Jersey and New York City.

"Governor Murphy, so many of the national challenges we are confronting, are areas where you are already leading. The infrastructure bill is about rebuilding the arteries of America, and the Portal Bridge Project is showing why investments like this are so important. When the Portal Bridge was built, it was state-of-the-art, and it was, 110 years ago," said President Joseph R. Biden, Jr. "Today, it's been called something different, a chokepoint, a bottleneck, an Achilles' Heel to the Northeast Corridor. Since the Portal Bridge was built, it has become the busiest rail span in the entire Western Hemisphere. Today, we are moving forward on a new bridge so that it will be higher over the water, so it won't need to open and close, and allow us to increase speed, safety, efficiency, and capacity. It's going to make life a lot better for New Jersey's commuters."

“Today is a great day for New Jersey and the entirety of the Northeast Corridor,” said Governor Murphy. “This momentous groundbreaking is the culmination of years of hard work, planning, and relentless lobbying undertaken by our Administration, our federal delegation, and so many dedicated partners across government. The Portal North Bridge is the beginning of the largest critical infrastructure project in our nation, and with President Biden’s leadership, we are embarking on the path to completion of the Gateway Program. I am honored to have President Biden here today for this historic event and I look forward to continuing our work with his Administration on rebuilding our regional infrastructure to serve New Jersey residents and commuters.” 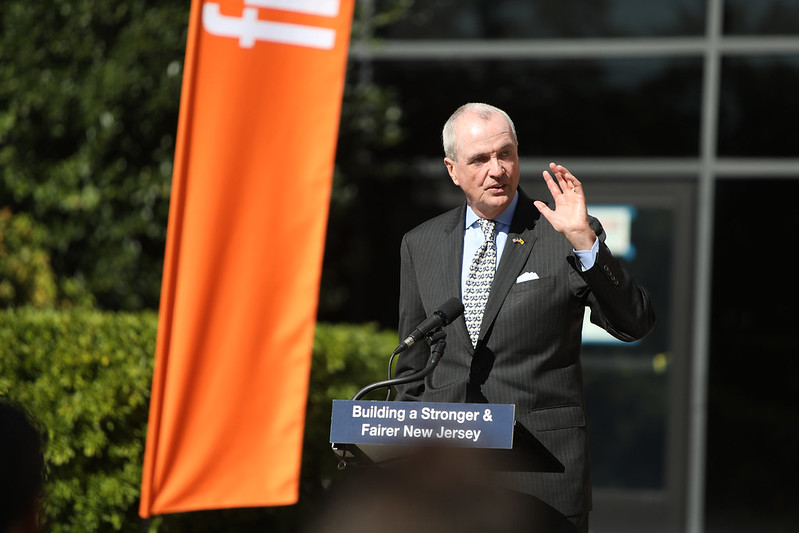 The competitive Municipal Aid grant program attracted 625 applications from 547 different municipalities with a total of $363 million requested. Project applications were evaluated and rated on their merits by NJDOT staff and reviewed by an independent panel of New Jersey municipal engineers. This process resulted in 546 awards to 541 municipalities, totaling $161.25 million. The 2016 Transportation Trust Fund renewal has made it possible to continue to award $161.25 million annually – more than double the $78.75 million that was available before the TTF renewal. In addition, the extra funds have allowed the Department to increase the number of municipalities receiving grants from about 370 a year prior to the TTF renewal to 541 municipalities this

“These funds are crucial to municipalities for the completion of projects that improve quality of life and safety for New Jersey residents,” said Governor Murphy. “Under our Administration’s leadership, the Transportation Trust Fund continues to bolster infrastructure statewide. I congratulate all municipalities that have received grants and look forward to them putting these dollars to use.”

“The Murphy Administration is committed to improving local communities by providing millions of dollars in aid to municipalities to make important safety, infrastructure, and quality-of-life improvements without burdening local property taxpayers,” said NJDOT Commissioner Diane Gutierrez-Scaccetti.  “We are pleased to award grants to nearly every municipality in New Jersey.”

Governor Murphy and New Jersey Department of Transportation Commissioner Diane Gutierrez-Scaccetti announced that the City of Newark in Essex County has been designated as a Transit Village, making it the 34th municipality to be recognized since the program began in 1999.

“Newark has been undergoing a renaissance for the past several years, and this designation is a recognition of the city’s continued growth, revitalization, and success,” said Governor Murphy. “Our Administration stands as a ready and committed partner to the City of Newark, and this initiative will stand to assist the City in it’s efforts to continue groundbreaking and transformative development that is accessible to public transportation and some of our state’s greatest cultural treasures. None of this would be possible without the leadership of Mayor Baraka and many other dedicated stakeholders.”

The New Jersey Board of Public Utilities (NJBPU) approved 105 applications to participate in Program Year Two of the State’s Community Solar Energy Pilot Program. The projects represent almost 165 MW of solar energy capacity, enough to power an estimated 33,000 homes. The Community Solar Program is a key component of Governor Murphy’s clean energy agenda aimed at achieving 100 percent clean energy by 2050. All of the approved awards will serve low-and-moderate-income (LMI) communities.

“Our Community Solar Pilot Program is a national model for clean energy equity and environmental justice,” said Governor Phil Murphy. “This program not only makes solar available to those in historically underserved communities, but also will spur economic growth and create career opportunities for a diverse, more inclusive workforce. Community solar is a key pillar in our commitment to transition New Jersey away from harmful emissions and towards 100 percent clean energy by 2050.”

“I am proud of what we have accomplished in just two years of our Community Solar Pilot Program,” said NJBPU President Joseph L. Fiordaliso. “Community Solar is a critical component of our solar programs in making sure that the clean energy and cost savings of solar are available to everyone. It is especially important that these benefits are available to environmental justice and low-income communities when they have been underserved for so long. I look forward to making our successful pilot program into a permanent program.”

“Lead-based paint is by far the greatest risk of lead exposure to New Jersey children and families, and we can empower and equip our neighbors with the tools to identify and eliminate lead risk," Commissioner of Environmental Protection Shawn M. LaTourette said. “First, we have to know where to look, and this new online tool will help our neighbors and our local environmental and public health officers identify lead risk and take the steps necessary to protect children and families from exposure.”

“Children living in homes with lead-based paint are at risk for possibly serious health consequences as the heavy metal accumulates in their bodies,” Commissioner of Health Judy Persichilli said. “Lead exposure can damage the brain and nervous system, kidneys, and blood cells, and in pre-school children, can disrupt brain development, causing lowered intelligence, hyperactivity, attention deficits and developmental problems. And these risks are preventable.”