Unless otherwise noted, the address, phone, and fax number are applicable to all NJEFA staff.

Sheryl Stitt is the Acting Executive Director of the New Jersey Educational Facilities Authority. Ms. Stitt serves as the Authority’s liaison to the Office of the Secretary of Higher Education, the New Jersey Presidents’ Council and New Jersey’s higher education sector associations, among others. She oversees the communications activities of the Authority, including legislative and regulatory affairs and public relations communications. Ms. Stitt has served as the Acting Executive Director of the Authority on three prior occasions, overseeing the sale of nearly $1.2 billion of bonds for New Jersey’s colleges and universities. Ms. Stitt has been with the Authority since January 2000.

Ms. Stitt is a graduate of the University of California, Berkeley with a B.S. in Psychology. She is Fellow Graduate of Leadership New Jersey.

Mr. Sootkoos holds a B.S. in Accounting, a B.S. in Finance and a Masters in Accountancy from Rider University.

Ellen L. Yang, Esq. joined the New Jersey Educational Facilities Authority in 2016. Ms. Yang is the Authority's Director of Compliance Management, Ethics Liaison Officer, and EEO/AA Officer. Ms. Yang’s responsibilities include overseeing the Division of Compliance as to legal and compliance matters related to financings, grant administration, post-issuance matters, corporate governance, and administrative operations. Prior to joining the Authority, Ms. Yang was engaged in private practice in New Jersey, Ohio, and Indiana with a focus on civil litigation and creditor's rights. Ms. Yang also has a banking background, having spent a number of years with Bank One Corporation in business banking and commercial loan operations. Ms. Yang received a Doctor of Jurisprudence from Indiana University Maurer School of Law and a Bachelor of Arts in Art History and History from Duke University. 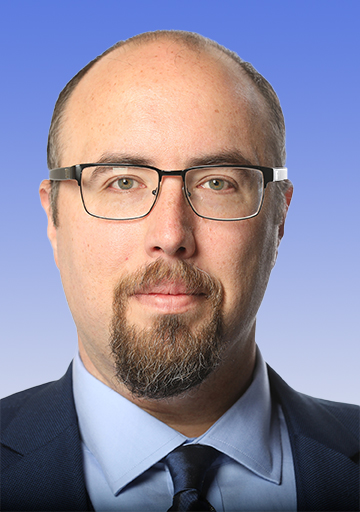 Before joining the Authority, Mr. DiFiglia was a program manager at New Jersey Future where he oversaw the Jersey Water Works collaborative. A strong believer in community service, he serves on his local planning board and chairs his local environmental commission.

Mr. DiFiglia holds a bachelor's degree in journalism from Saint Michael's College in Vermont and a master's degree in legislative affairs from The George Washington University. 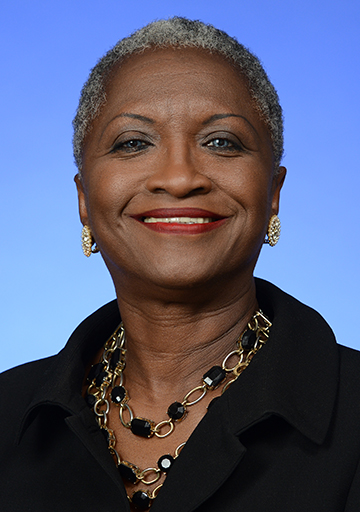 Linda J. Hazley joined the New Jersey Educational Facilities Authority in 1997 and is currently Office Manager and Document Specialist. Ms. Hazley is responsible for greeting and assisting visitors, managing office supplies and equipment, assisting on special projects, and providing general administrative support across departments. As Document Specialist, Ms. Hazley assists in the management of records, organization of data, and the maintenance of secure and accessible electronic and paper data bases. 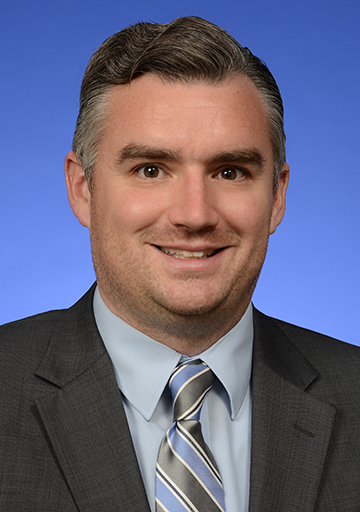 Carl MacDonald is a Project Manager with the New Jersey Educational Facilities Authority, having the responsibility of facilitating statewide debt issuance for the benefit of colleges and universities in New Jersey, both public and private, and state-supported debt issues for higher education programs. Mr. MacDonald joined the Authority as a Project Manager in October 2016. Prior to joining the Authority, he served as an associate investment banker for Commerce Capital Markets and its successor firm, TD Securities, for nine years. During this time, Mr. MacDonald was involved in numerous local transactions throughout New Jersey. Mr. MacDonald has also served as Project Manager with the New Jersey Health Care Facilities Financing Authority since July of 2012. He has experience with issuing both public offerings and direct placements, structures for fixed rate, variable rate and multi-modal transactions, as well as issuing both taxable and tax-exempt financings. 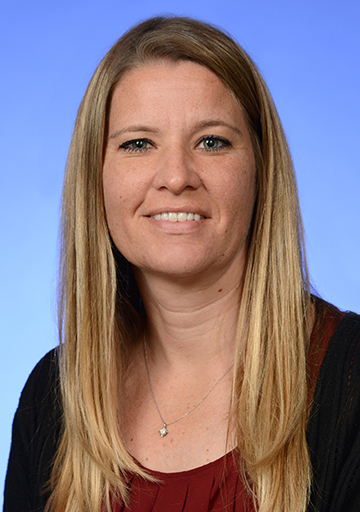 Kristen Middleton has been with the New Jersey Educational Facilities Authority since October 1993. She has been in her current position as the Assistant Controller since 2003. As the Assistant Controller she has responsibility for managing several areas of the finance department including the bond fund general ledger and investments. She also works on the administration of the State’s Higher Education Capital Grant Programs. 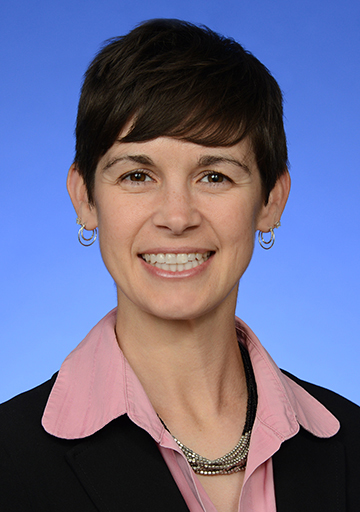 Jamie O’Donnell is the Grant Program Manager for the New Jersey Educational Facilities Authority. In her role as Grant Program Manager, Ms. O’Donnell manages the Authority’s overall grant program administration efforts for programs statutorily implemented by the Authority and programs administered on behalf of other State agencies. Responsibilities of the Grant Program Manager include: support the development of regulations and solicitations; manage the application intake process; coordinate the development and execution of various documents; and provide support on various post-grant award administration matters from requisitioning to post award compliance. Ms. O’Donnell also serves as the Authority’s OPRA custodian.

Ms. O’Donnell is a graduate of Lycoming College with a Bachelor of Arts Degree in Sociology. 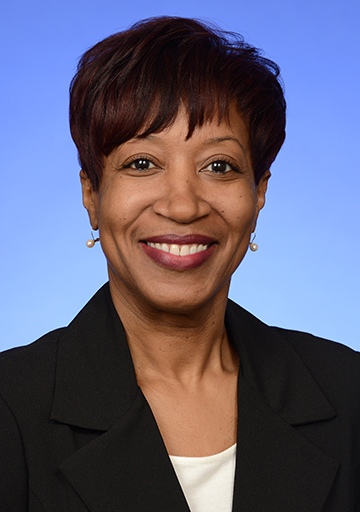 Sheila Toles currently acts as New Jersey Educational Facilities Authority Human Resources Manager where she serves as the Certifying Officer on behalf of staff in the administration of State benefits programs and is directly responsible for the overall oversight and administration, coordination and evaluation of the human resource functions for the Authority.

Ms. Toles joined the Authority in May of 2000 as Executive Assistant. Over 19 years with NJEFA, Ms. Toles has acted in various capacities working with executive management.

Ms. Toles’ career in State service includes work in the New Jersey Department of Labor and the Office of the Governor. 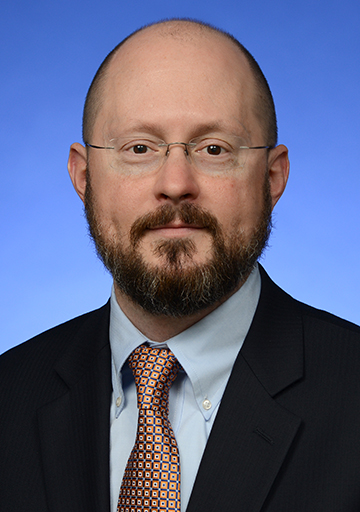 Mr. Vencius holds a B.S. in Accounting from Rowan University. 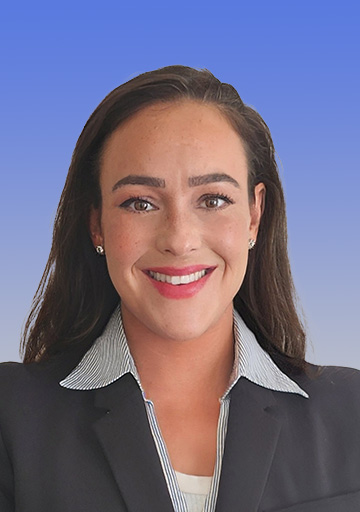 Prior to joining NJEFA in 2022, Ms. Wilkerson served in the Office of the New Jersey Attorney General as a Deputy Attorney General in the Treasury - Finance and Benefits Section where she represented the State of New Jersey and independent authorities in their capacity as bond issuers.

While serving as a DAG, Ms. Wilkerson was involved in over $7.5 billion in bond sales, including structured financings and forward deliveries, in both public offerings and private placements/direct purchases. In addition to new money transactions, Ms. Wilkerson was involved in over $3.6 billion in refundings that achieved significant net present savings, plus over $2 billion in direct debt reduction through defeasance. In this role, Ms. Wilkerson advised on state budget issues; served as Board Counsel to the Transportation Trust Fund Authority, the New Jersey Secure Choice Savings Board, the New Jersey Building Authority, and the New Jersey Public Broadcasting Authority; and provided legal advice to NJEFA in its administration of certain bond-funded grant programs.

Ms. Wilkerson has public and private sector experience in tax and securities laws. She earned a Bachelor's degree in Government from American University; a Master’s degree in Political Science from the University of Texas, Arlington; and a Juris Doctorate from Rutgers School of Law. She has been admitted to the New Jersey bar since 2016.