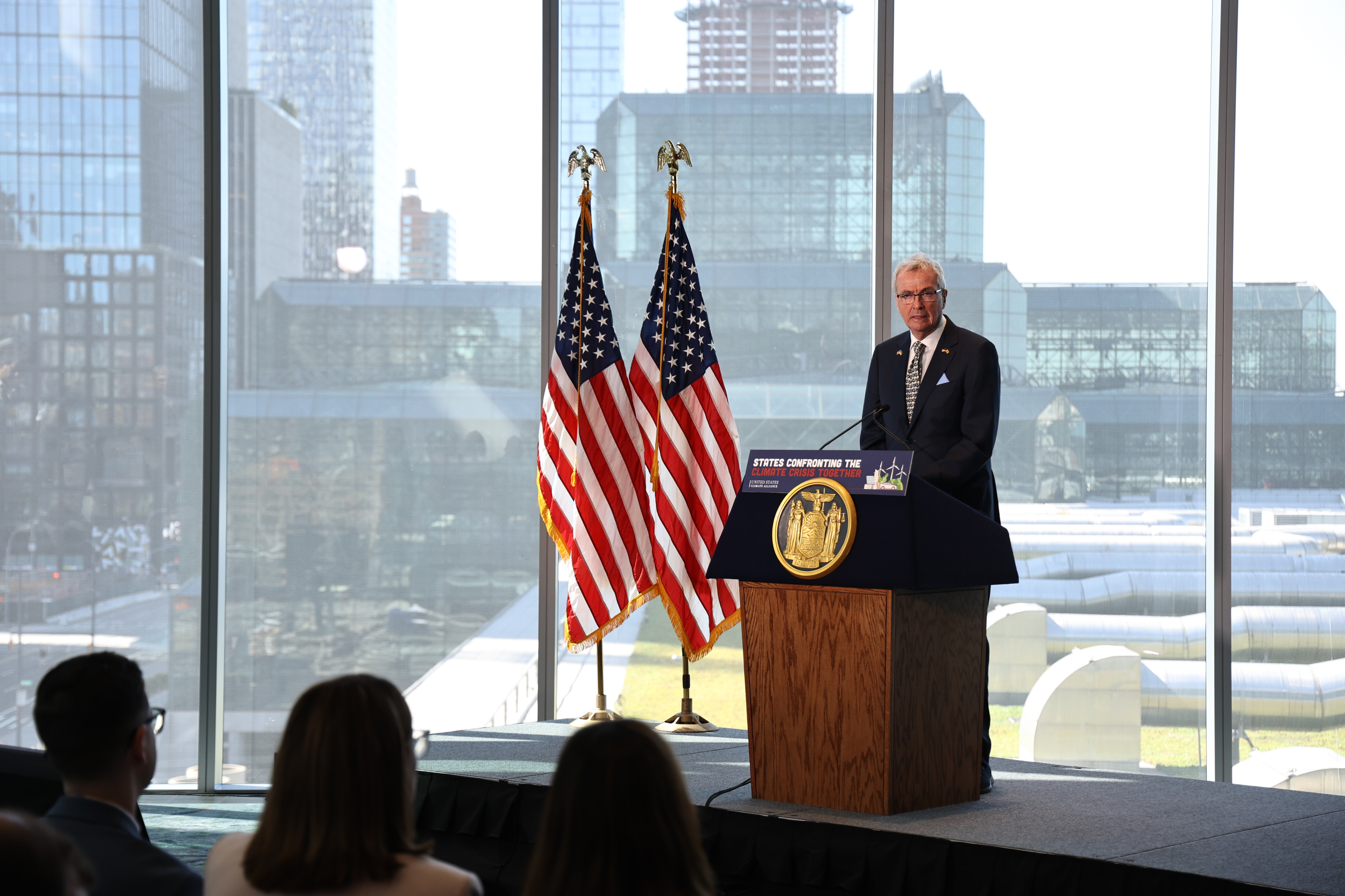 Governor Phil Murphy signed Executive Order No. 307, increasing New Jersey’s offshore wind goal by nearly 50 percent to 11,000 megawatts (MW) by 2040. The Executive Order, which increases the state’s current goal of 7,500 MW, also directs the New Jersey Board of Public Utilities to study the feasibility of increasing the target further.

Accompanying the Executive Order, Governor Murphy also announced the release of the Green Jobs for a Sustainable Future report, created by the New Jersey Council on the Green Economy in partnership with the Governor’s Office of Climate Action and the Green Economy. The report outlines recommendations and pathways for growing a demographically representative and inclusive green workforce as New Jersey pursues its clean energy future. Established during Governor Murphy’s first term, the Council is comprised of experts, advocates, and leaders from across industry and organized labor. Governor Murphy directed the Council to prepare the report in order to promote diversity and opportunity in the green economy for environmental justice communities while making pathways to green jobs more accessible for workers, especially union members.

In addition to introducing the Council’s report, Governor Murphy also announced the release of an Offshore Wind jobs analysis and highlighted $10 million in new investments, which will guide and support the State as it prepares to execute a One Year Action Plan designed to generate good-paying jobs in the growing green economy. Several private sector partners, including Unilever, DSM, Hugo Neu, IKEA, Siemens, and Hackensack Meridian Health, committed to supporting these crucial efforts by signing the Corporate Green Jobs Pledge.

These announcements, which were made during Climate Week at a U.S. Climate Alliance event alongside New York Governor Kathy Hochul, underscore Governor Murphy’s commitment to building an inclusive green workforce and achieving a 100-percent clean energy state economy by 2050.

“Extreme weather events and severe flooding across the country leave no room for doubt – the effects of climate change are becoming more impactful and more aggressive, and we must do the same,” said Governor Murphy. “Our renewed and strengthened commitment to offshore wind development testifies to my Administration’s understanding that, regardless of our impressive successes to date, there is always more that we can do to make New Jersey more sustainable while further advancing the state’s economic vitality. Indeed, the groundbreaking report prepared under the aegis of the Council of the Green Economy proves, now more than ever, that environmental health and economic health are inextricably connected.” 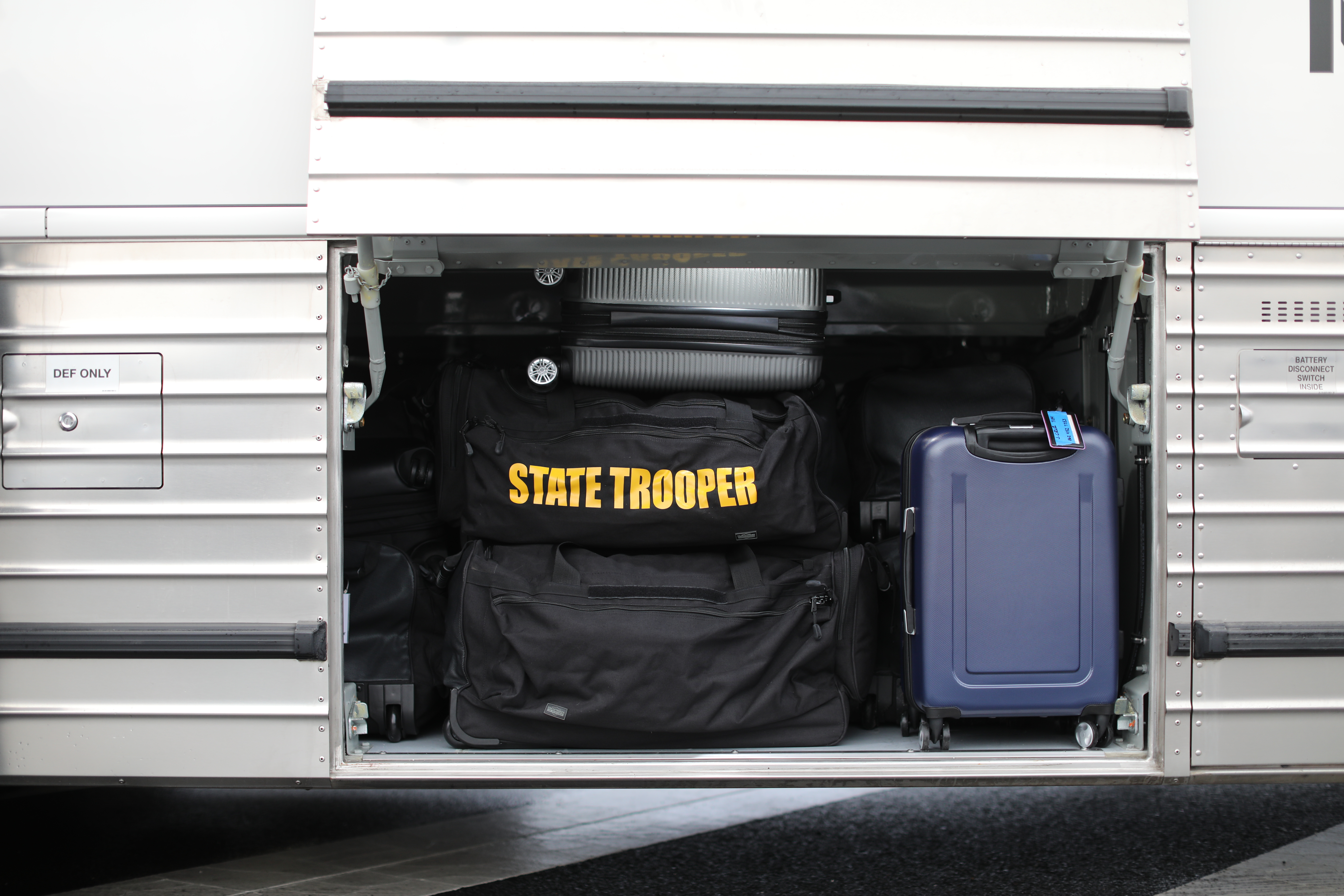 Governor Phil Murphy announced that he has authorized aid to Puerto Rico to assist in recovery efforts caused by Hurricane Fiona. Two waves, each including 74 New Jersey State Troopers and 1 civilian medical doctor, will travel to the island to support the Puerto Rico Police Bureau. Upon arrival, they will deploy to the town of Vega Baja.

Assistance is provided through the Emergency Management Assistant Compact (EMAC), a mutual aid agreement allowing states and territories to share resources in response to natural and man-made disasters.

"Our hearts and prayers are with the people of Puerto Rico during this devastating time. New Jersey knows all too well the devastating effects hurricanes can bring to communities and we will do what we can to support Puerto Rico in its time of need," said Governor Murphy. “I want to acknowledge the heads of each department sending folks down to Puerto Rico to assist in this disaster relief mission. We will continue to monitor the situation and send additional support as needed.” 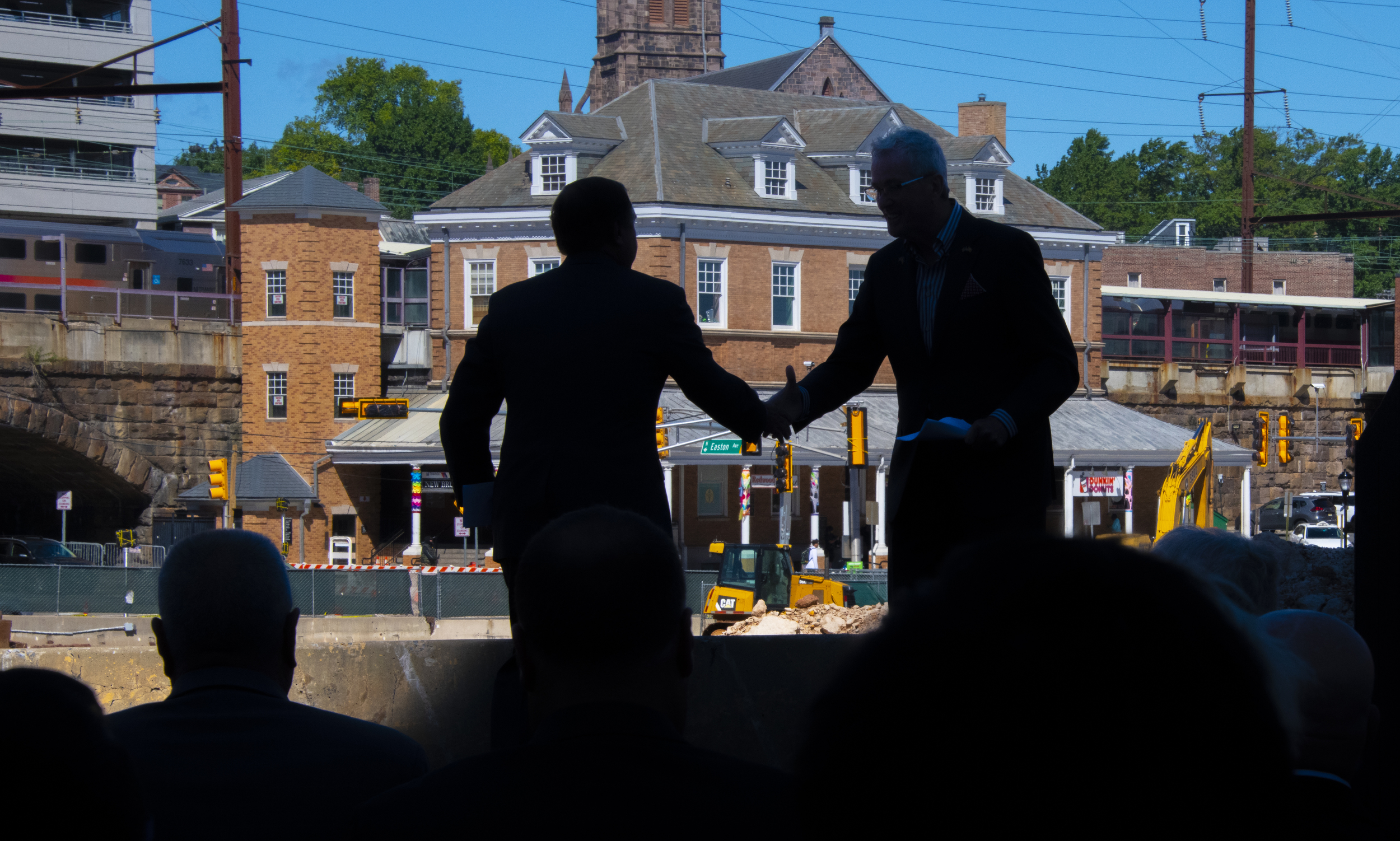 Governor Phil Murphy highlighted critical infrastructure improvements at the New Brunswick Train Station as part of the Fiscal Year 2023 (FY2023) budget agreement. Located at a critical point on NJ TRANSIT’s Northeast Corridor rail line, the station will benefit from a $49 million investment toward extending and replacing passenger platforms, rehabilitating escalators and elevators, installing energy-efficient lighting, and upgrading heating and air-conditioning systems, in addition to other internal and external projects. This significant investment in local economic development and passenger experience is just one piece of the $814 million the FY2023 budget agreement is dedicating to rail station improvements through the Debt Defeasance and Prevention Fund.

The Middlesex County Improvement Authority (MCIA) will project manage the renovations of the station on behalf of the County and NJ TRANSIT, inclusive of design and construction. NJ TRANSIT will provide technical assistance, procure and manage an engineering and design firm, retain construction services, and have review and approval rights throughout the project. MCIA is currently in the process of preparing the scope for the project, which will focus on enhancements to the station and customer experience.

“Our fiscally responsible and forward-looking investments will further solidify the city’s reputation as a pivotal crossroads, not just as a geographic center point in the heart of New Jersey, but as a place where residents, students, medical professionals, and internationally renowned companies continue to congregate for generations to come,” said Governor Murphy. “Officials at all levels of New Jersey government are working in lockstep to help the Hub City achieve its full potential as an economic powerhouse and destination. Just as importantly, our efforts are expanding access to affordable and attractive public transportation alternatives for all New Jerseyans, regardless of income or zip code.”

“I’m proud to join Governor Murphy today to celebrate the important improvements that are coming to the New Brunswick Train Station,” said Congressman Frank Pallone. “These upgrades to the station’s infrastructure will help make it safer and more accessible for commuters who rely on public transit. When we invest in our public transit system, we ensure that everyone has access to opportunities in our state. I look forward to seeing these upgrades move forward.”

The Murphy Administration announced that New Jersey is among the first states to produce a comprehensive report on the impacts of climate change on human health and communities by adding a human health supplement to its New Jersey Scientific Report on Climate Change. According to the State’s Human Health and Communities Addendum, released in conjunction with the start of Climate Week, climate change will have direct, indirect, and wide-ranging influences on human health, such as exacerbating respiratory conditions and cardiovascular disease in vulnerable populations, causing heat-related stress, increasing the risk of diseases borne by mosquitoes and ticks, increasing the frequency of pathogen contamination of food and water supplies, and increasing mental health stressors.

“As we enter Climate Week, these crucial findings underscore our greatest concerns regarding the consequences of the worsening climate crisis,” said Governor Phil Murphy. “In addition to inhibiting economic growth and inflicting property damage, climate change will also result in severe, wide-ranging, and long-lasting effects on the physical and mental health of our residents, especially in already vulnerable communities. While we develop a fuller understanding of these significant repercussions, we must ensure that all New Jerseyans are aware of these potential impacts and equipped with the tools and resources necessary to face them.”

“Climbing temperatures, more frequent intense rainfall, and rising sea levels are all well-known consequences of climate change that are impacting New Jersey today and will worsen in the years ahead,” said Commissioner of the New Jersey Department of Environmental Protection Shawn M. LaTourette. “Just as climate change is impacting our landscape and economy, so too can it have adverse effects on public health. Our work to explain and raise awareness of these risks is yet another step the Murphy Administration is taking toward a more informed and climate-resilient New Jersey.”

“Air-borne allergens, such as pollen and molds, are likely to cause greater allergy and asthma symptoms, and infectious diseases spread by ticks and mosquitoes, as well as microorganism contamination of food and water supplies are expected to occur more frequently,” said Commissioner of the New Jersey Department of Health Judith Persichilli. “It is important to arm ourselves with a solid scientific foundation to take steps that are important to protecting our health and mental well-being.” 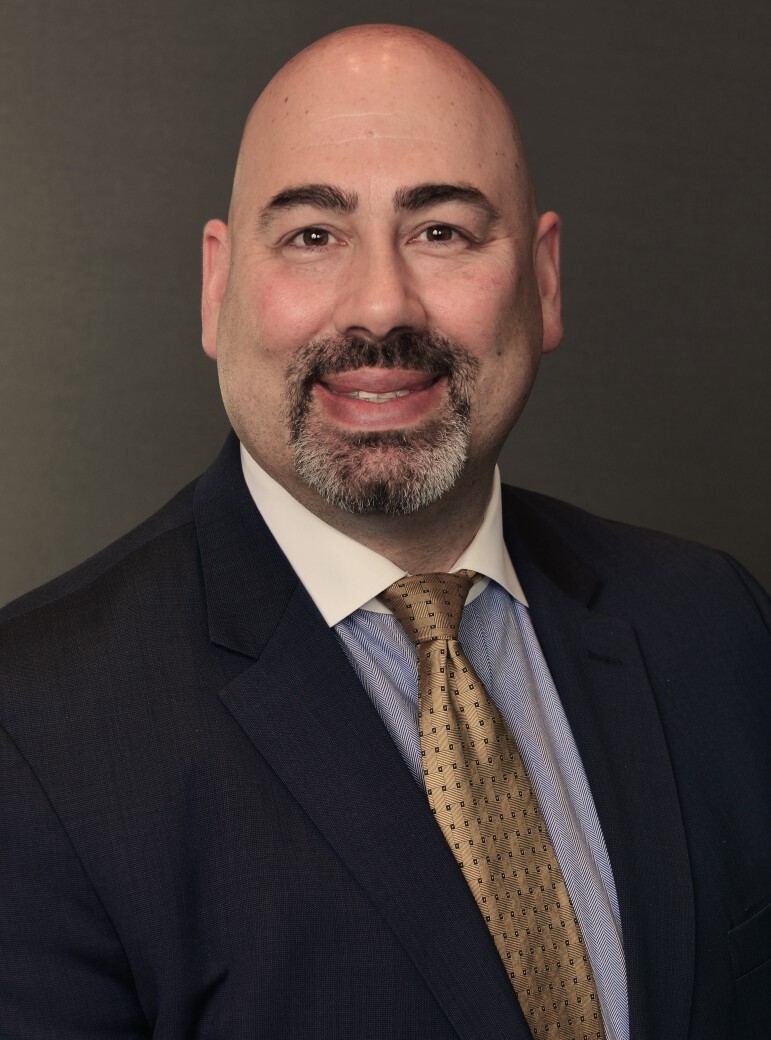 Governor Phil Murphy nominated Raymond Santiago to serve as Monmouth County Prosecutor. Santiago’s nomination will be submitted to the Senate for confirmation, and he will assume the role of Acting Prosecutor on Friday, October 7.

“I am proud to nominate Raymond Santiago to serve as Monmouth County Prosecutor,” said Governor Murphy. “His extensive legal experience, which includes time both as a prosecutor and as a public defender, makes him well equipped to lead the Monmouth County Prosecutor’s Office in an even-handed and fair-minded manner. I look forward to his success, and I am confident that he will bring the same dedication to his new role that he has demonstrated throughout his career. Today’s nomination, which I am pleased to make during Hispanic Heritage Month, also furthers our commitment to ensuring that leadership at all levels of law enforcement reflects the great diversity of our state.”

"Raymond Santiago brings to this role unique and valuable experience that includes public service as both a prosecutor as well as a public defender, in addition to his experience in private practice," said Acting Attorney General Matthew J. Platkin. "He is a highly skilled attorney with a strong commitment to justice, and deep roots in the Monmouth County community."

"I would like to thank Governor Murphy for his nomination to serve as the Monmouth County Prosecutor,” said Raymond Santiago. “It is a tremendous honor and privilege. All of my life's experiences have prepared me for this moment and I am grateful to each person that has uniquely prepared me for the tasks ahead.  I am eager for the opportunity to serve the residents of Monmouth County by ensuring that justice is fairly and equally served. Further, I look forward to working with members of law enforcement to not only protect all persons that live, work or visit but, to actively be part of the communities that we serve."