Next Up: POL National Finals in Washington, DC
Watch Video From The State Finals! 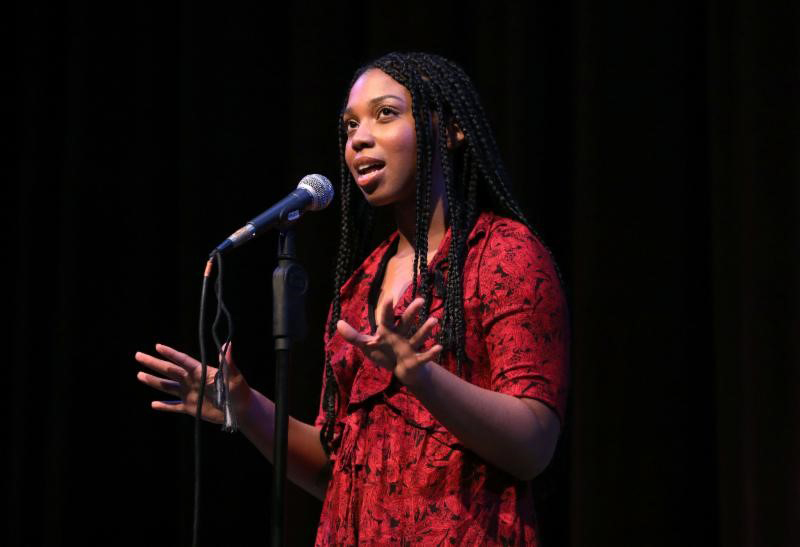 TRENTON, N.J. – Breana Sena, a student from Dr. Ronald E. McNair Academic High School in Jersey City, was named State Champion at the 2018 New Jersey Poetry Out Loud (NJ POL) State Finals competition, part of the national poetry recitation program. The state finals took place Monday at The Grunin Center for the Arts at Ocean County College. Ms. Sena will now move on to represent New Jersey at the national finals in Washington, DC to compete against champions from every state and territory, all vying for the national title and the chance to win prizes including college scholarships.

POL is a national poetry recitation program through which students learn to perform great works of classical and contemporary poetry. The State Finals is the culmination of a statewide contest that began in the fall and included nearly 20,000 New Jersey students from over 150 high schools. Students competed first at the classroom and school level, and then at the regional level to determine the 12 finalists who would move on to Monday's competition.

Along with Ms. Sena, Maya Vuchic, from The Kent Place School in Summit, earned the title of State Runner-Up. Following is a list of the 12 student finalists:

Now in its 13th year, POL was created by the National Endowment for the Arts and the Poetry Foundation, and is carried out in partnership with the State Arts Agencies around the country. The New Jersey State Council on the Arts runs the year-long NJPOL in partnership with Writers Theatre of NJ and the ArtPride NJ Foundation. The program is administered with a host of regional partners including the Bergen County Division of Cultural and Historic Affairs, Rutgers Camden Center for the Arts, Mayo Performing Arts Center, South Orange Performing Arts Center, Count Basie Theatre, Appel Farm Arts & Music Center and CavanKerry Press. 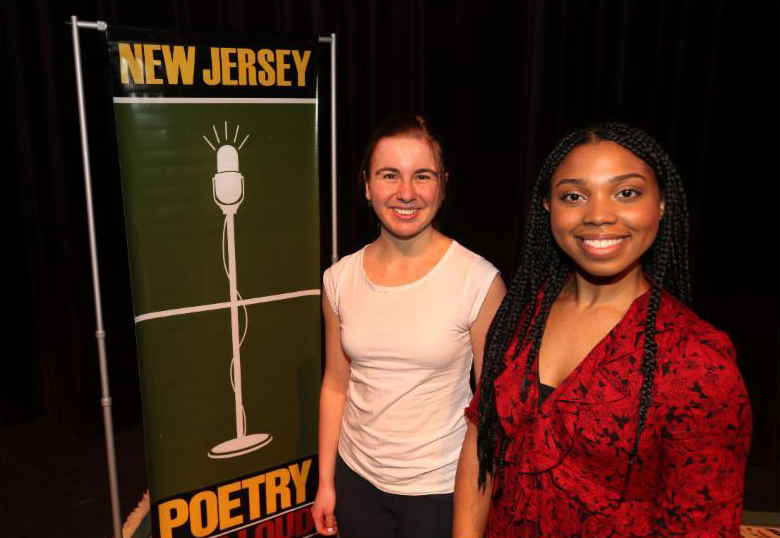 About The New Jersey State Council on the Arts

The New Jersey State Council on the Arts, created in 1966, is a division of the NJ Department of State. The Council was established to encourage and foster public interest in the arts; enlarge public and private resources devoted to the arts; promote freedom of expression in the arts; and facilitate the inclusion of art in every public building in New Jersey. The Council receives direct appropriations from the State of New Jersey through a dedicated, renewable Hotel/Motel Occupancy fee, as well as competitive grants from the National Endowment for the Arts. To learn more about the Council, please visit artscouncil.nj.gov.