Valerie Hance Armstrong was nominated to the Casino Control Commission by Governor Thomas H. Kean on February 4, 1985.  She began serving on the Commission on March 29, 1985.  She was reappointed to a full five-year term in 1989.

In 1990, Armstrong served as acting chairperson for nine months following the resignation of former Chairman Walter N. Read and prior to the appointment of Chairman Steven P. Perskie.

At the time of her initial appointment to the Commission, Armstrong was an Administrative Law Judge, a position she held for 10 months.  From 1976 until 1984, she was a partner in the law firm of Subin, Armstrong & Armstrong in Northfield, New Jersey.  Prior to attending law school she taught music at the Friends Select School in Philadelphia, from 1970 until 1973.

In October 1991, Armstrong left the Commission to join the Superior Court.  She was appointed as Presiding Judge Family Part in 1995 and in 2001 she became the Assignment Judge in the Atlantic/Cape May vicinage.  She retired in October 2011. 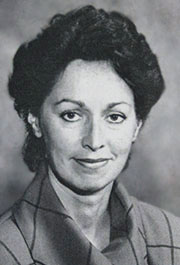