Ralph G. Frulio was appointed to the Casino Control Commission by Governor Jim McGreevey in 2003 to complete an unexpired term. In January 2004, he was sworn in as commissioner for his own five-year term.

Frulio was the first commission employee ever to be elevated to the position of commissioner.  He was one of the first inspectors hired when casinos opened in 1978, and went on to serve for 19 years, retiring as principal inspector in 1996.

Prior to joining the commission in 1978, he had worked for five years for the Federal Bureau of Investigation in New York in its Anti-Racketeering Unit.  Between stints at the commission, he became an adjunct instructor at Ocean County College for its continuing education program.  He was a trainer specializing in communication skills programs and designed a Human Resource Certificate program.  At the same time, he worked as a marketing representative for Heartland Rehab Services of Southern New Jersey.  Frulio also served on the gaming committee of Governor McGreevey's Transition Team.

Frulio holds a master’s degree in public administration from the University of Central Michigan and a bachelor’s degree in political science from the Richard Stockton College.  He is a veteran of the United States Air Force.

Frulio retired from state service at the end of his term in 2008. On November 8, 2016, he was elected as a member of the Central Regional Board of Education in Ocean County, where he served to August 2020. 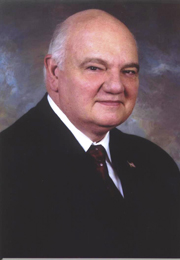