James R. Hurley became the fifth chairman of the New Jersey Casino Control Commission on October 29, 1998. At the time he was elevated to the position of chairman, he had already served almost nine years as a member of the commission.  Governor Thomas Kean initially appointed him in January 1990. He was reappointed by Governor James Florio in 1992 and named to another term by Governor Christine Todd Whitman in 1997.

In 1994, Governor Whitman appointed Hurley as the commission’s representative to the Casino Reinvestment Development Authority (CRDA).  There, he chaired the Atlantic City Economic Development Committee and was a member of both the Personnel and Administration Committee and the South Jersey Project Review Committee.

Hurley served in the New Jersey Legislature for 22 years - eight years in the Senate and 14 years as a member of the General Assembly.  He served on Cumberland County’s first Board of Chosen Freeholders.  He co-founded the nonprofit South Jersey Tourism Council and was the author of legislation to create the New Jersey Division of Tourism.

Hurley retired from public service upon the expiration his term as Chairman in 2002.  In 2010, he was named Chairman Emeritus of the non-profit Affordable Homes of Millville Ecumenical (AHOME), which builds housing and provides home ownership opportunities for lower income first time home buyers, provides home buyer education, assists families facing foreclosure, and participates in revitalizing the core residential neighborhood in Millville’s Center City. 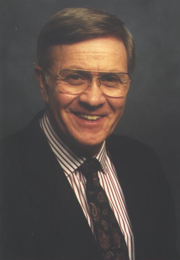