Diane M. Legreide was appointed to the New Jersey Casino Control Commission by Governor Christine Todd Whitman in September 1994 to complete a vacant term.  She was reappointed to a full five-year term in October 1998.  She served as vice chair in 2001.

Prior to her appointment, Legreide served as deputy executive director of the New Jersey Senate.  She also served as executive director of L.E.G.A.L., an organization representing New Jersey attorneys. Previously, she served three terms as commissioner of the Ocean County Board of Elections.  She has also served as a trustee for the Point Pleasant Beach Education Foundation and on the boards of the Atlantic City Historical Waterfront Foundation, the Atlantic County Women’s Hall of Fame, and the LPGA Urban Youth Golf Program.

Legreide later served as executive director of the Democratic State Committee of New Jersey, deputy chief of staff to Governor Jon Corzine, and director of the Corzine Administration’s Office of Economic Development for Atlantic City Projects. 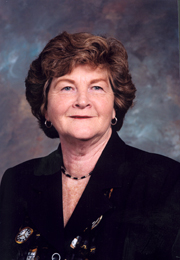