Bradford S. Smith was appointed by Governor Christine Todd Whitman as the Casino Control Commission’s fourth chairman in 1994.  He served until 1998.

Prior to joining the Commission, Smith was a New Jersey State Senator from 1992 to 1994.  While in the Senate, he served as vice chair of the Women’s Issues, Children and Family Services Committee.  He also served on the Law and Public Safety Committee and the Judiciary Committee.

Smith received his undergraduate and law degrees at Duquesne University.
Since leaving the Commission, Smith has been a consultant in gaming and regulatory affairs. 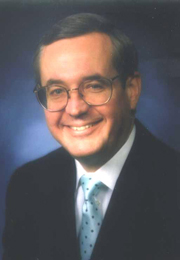