Prerequisite Concepts and Skills in Mathematics

The NJDOE crafted the Prerequisite Concepts and Skills documents to help educators to identify prior skills and conceptual understandings necessary for students to access grade level content based on the New Jersey Student Learning Standards (NJSLS). This tool is intended to support educators in the identification of any conceptual or skill gaps that might exist in a student’s understanding of the NJSLS. That information may then be leveraged in determining the type of individualized instruction and supports that might be needed at the start of a unit or lesson in order to meet students where they are.

To support districts in this work, the NJDOE collaborated with New Jersey educators to identify the prerequisite concepts and skills associated with each standard. The results are organized in two ways. First, standards and their prerequisites reflect the order and arrangement of the Mathematics Instructional Units with each grade/course containing 4 units of study. An alternative organization of standards and their associated prerequisites is by domain as contained in the New Jersey Student Learning Standards for Mathematics (NJSLS-M). This organization will be most useful for districts using a scope and sequence other than that contained in the Instructional Units.

The instructional units for Mathematics in grades Kindergarten through 8, Algebra I and Geometry are based on the 2016 New Jersey Student Learning Standards for Mathematics (NJSLS-M), reflect the rigor of the standards, and provide districts with a meaningful resource from which to build standards-aligned curriculum. In this version, the student learning objectives identify the skills and conceptual understandings that students must master to meet the expectations of the NJSLS-M.

The instructional units maintain the focus and rigorous expectations of the standards. Experienced educators designed the instructional units while purposefully attending to the linking of concepts and skills both within grades and across grades in order to ensure that units maintain coherence. Consequently, the units can serve to facilitate conversations regarding curriculum development, instruction and assessment.

Note: If your district is using the Connected Action Roadmap approach to curriculum development, you will find the standards and SLOs in the Mathematics CAR templates.

Major, Supporting and Additional clusters of mathematics content standards are based on the New Jersey Student Learning Standards. Not all of the content in a given grade is emphasized equally in the standards. Some clusters require greater emphasis than others based on the depth of the ideas, time needed to master or model, and/or their importance to future grade levels. The standards in the framework are color coded as Major (green), Supporting (blue) and Additional (yellow). Suggested Mathematical Practice Standards are listed in each unit to be imbedded regularly in daily math instruction.  It is important to note that the Major standards (green) are purposefully placed in tested grades for ensuring time for formal instruction in those standards.

The beginning units in kindergarten through grade two are designed with more time spent on foundational mathematical concepts needed for future units to build towards fluency in mathematics. For example, kindergarten Unit 1 begins with "Number Names and Counting Sequence" which is necessary to teach prior to "Foundations with Models for Addition and Subtraction" in Unit 2.  Other units in grades three through five also follow the same logical progression of standards ensuring enough time for formal instruction with the Major Standards while still embedding Supporting and Additional Content Standards as well as Mathematical Practice Standards.  It is also important to note that the fluency requirement for kindergarten through grade five is critical for students to master.

After reviewing the framework and understanding how the standards and skills are organized, schools/districts should download the framework and rename it as their own. Educators should continue collaborative conversations around curriculum and instruction that begin with discussing assessment. Beginning to frame the conversations in this way tightly aligns evidence to student learning.  The framework allows for a place to guide and capture essential components that build towards curriculum.  The framework might be considered pre-work before schools/districts construct or revise their own curricular documents. 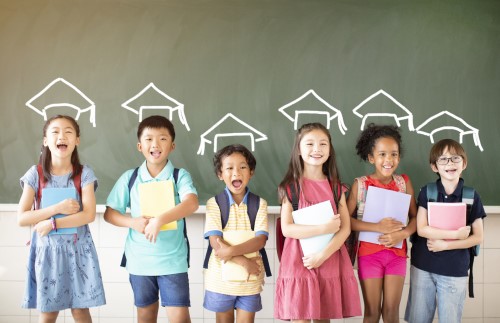