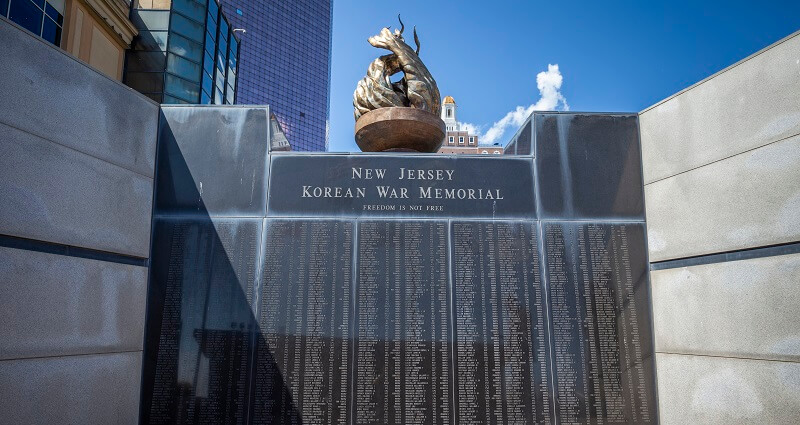 The NJ Korean War Memorial was created to ensure that future generations remember and honor the pride and dedication of those who served, the legacy they continued, and the freedom they preserved.

The Memorial was dedicated on November 13, 2000 and stands where Park Place meets the Boardwalk on land donated by Atlantic City. Governor Christine Todd Whitman attended the dedication ceremony and laid the wreath honoring the 191,000 New Jerseyans who served in the conflict. 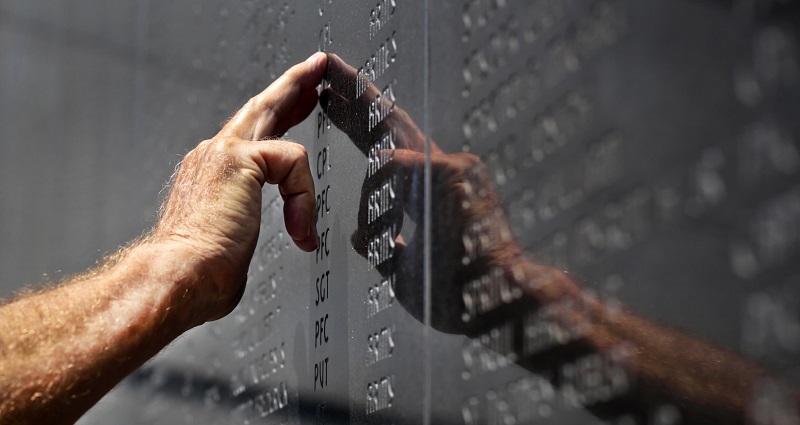 The NJ Korean War Memorial is intended to help heal the spiritual and psychological wounds suffered by the Korean War veterans, their families and friends. Part of the healing process is to understand America’s involvement in that struggle, what it accomplished, and the contribution of our men and women who served.

However painful, frustrating and unsatisfactory the Korean War may have been for Americans, it secured an important victory for freedom and democracy in South Korea. 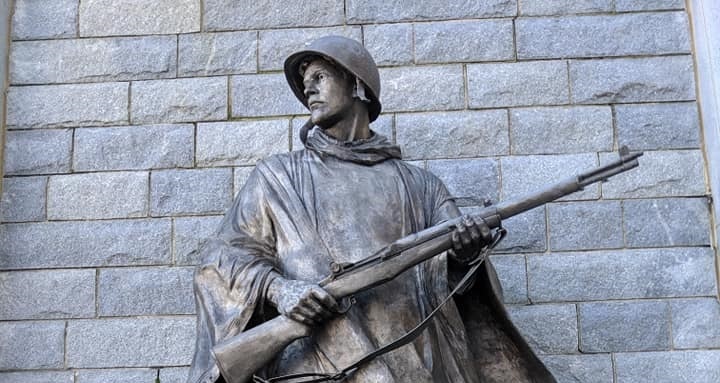 Freedom Is Not Free

The Korean Conflict, 1950-1953, the nation's only undeclared war, claimed more than 36,000 American lives. Approximately 7,600 service personnel remain unaccounted for. Although hostilities ceased in 1953, there has been no formal end to the war.

The New Jersey Korean War Memorial was created to ensure that future generations remember and honor the pride and dedication of those who served, the legacy they continued, and the freedom they preserved.

Sculptors J. Tom Carrillo and Thomas Jay Warren designed the Memorial featuring bronze figures of heroic proportions, representing the servicemen and women who fought in Korea. The most memorable being the 12 foot high "Mourning Soldier" who is clutching several dog tags and remembering his lost comrades.

Also represented are a soldier and nurse helping a wounded soldier and two battlefield reliefs behind sheets of water cascading into reflecting pools. Beneath an eternal flame is a wall bearing the names of all New Jersey service members killed or missing in action, as well as a wall honoring the five New Jersey servicemen who were awarded the Medal of Honor for heroism in Korea. 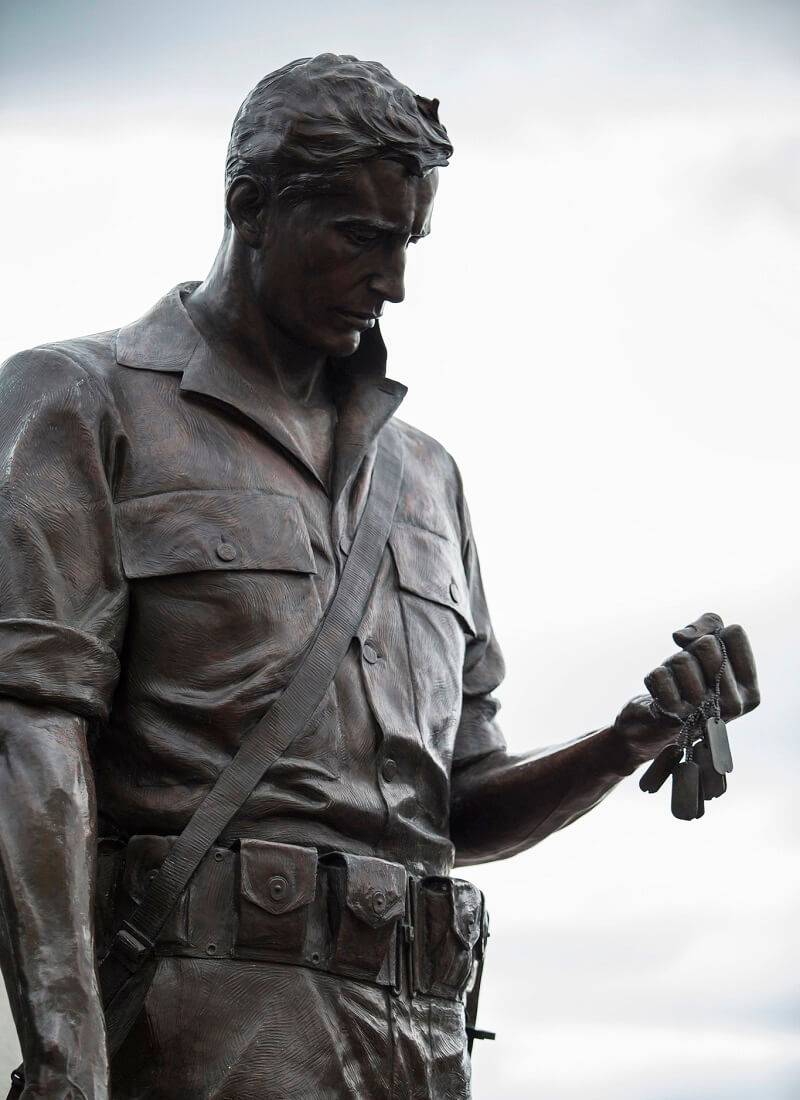 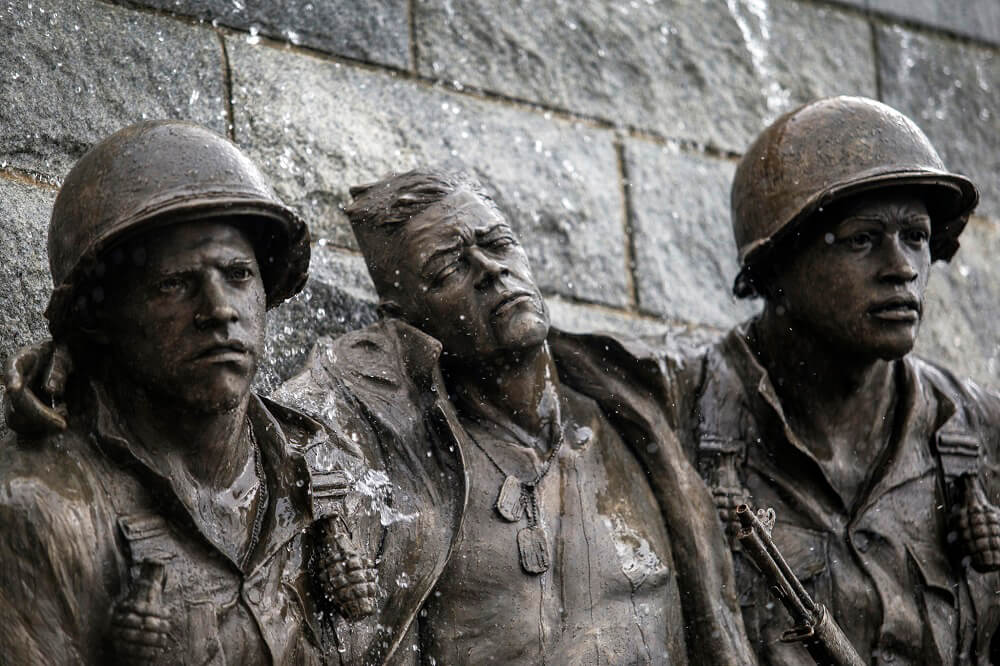 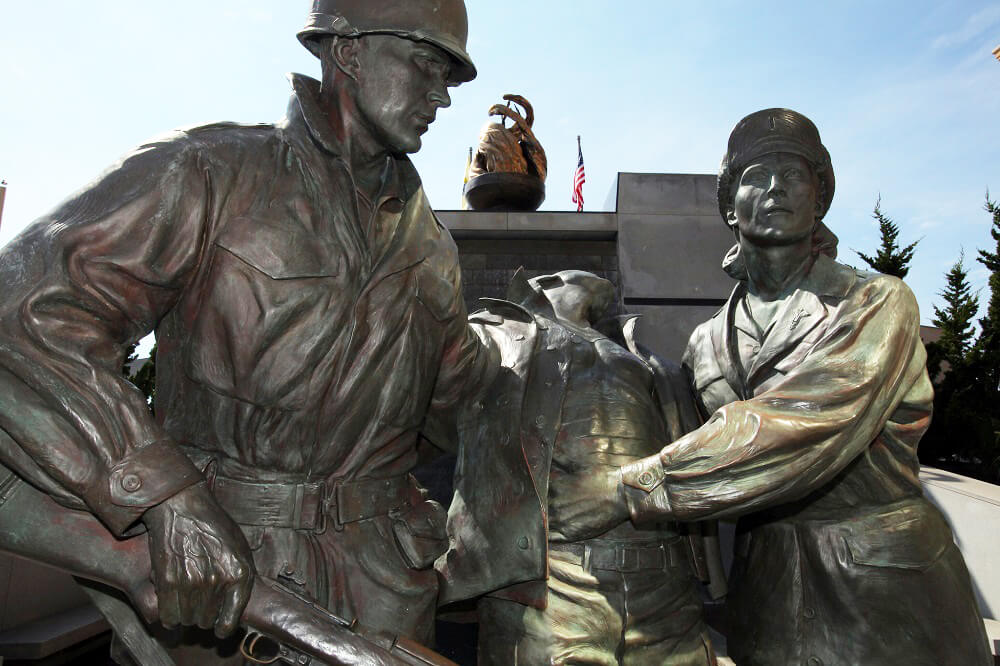 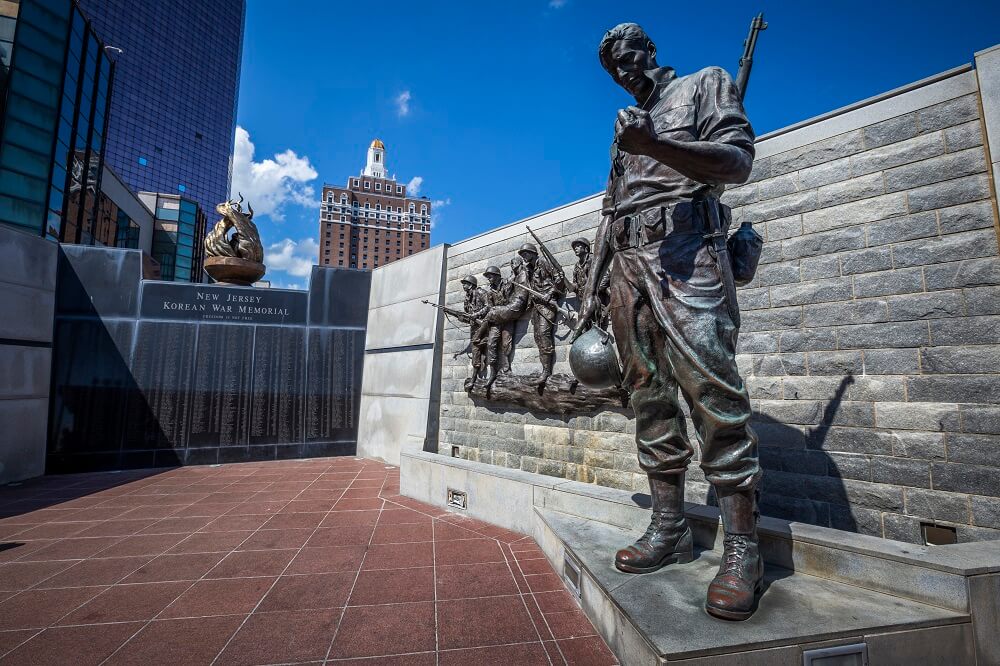 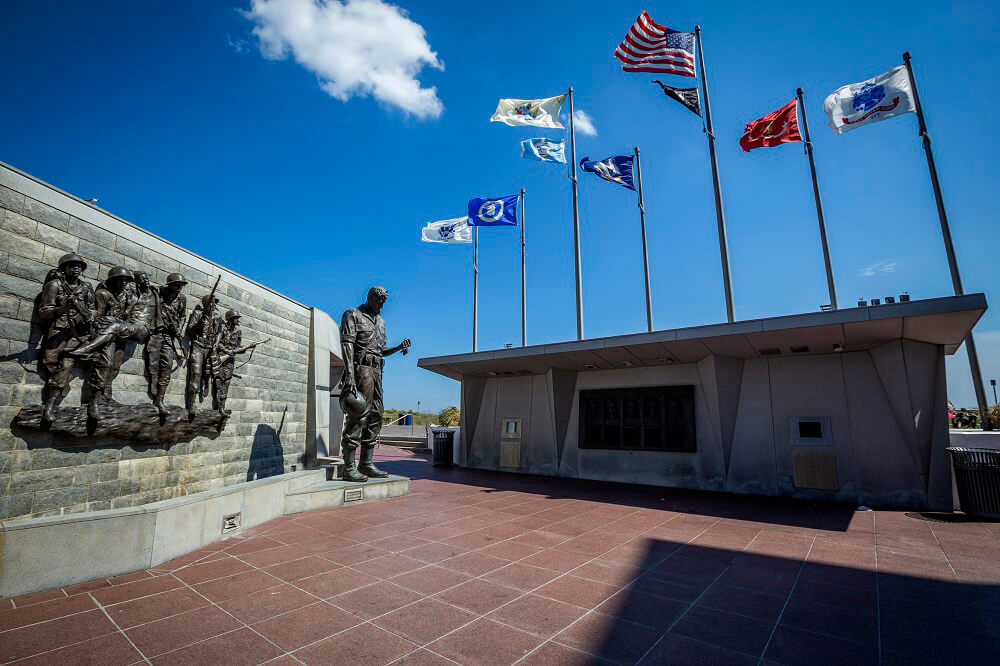