Nurture the living, care for the wounded, honor the fallen

For God and Country

Reflective of our state and nation, we are men and women from diverse religious, ethnic, and cultural backgrounds. We are both seasoned veterans of the corps and also relative newcomers to the chaplaincy. Many of us also serve the citizens of our state and nation as civilian clergy and institutional chaplains. We bring the full spectrum of life experience into our role as chaplains.

The Role of the Chaplain

The role of the Chaplain is to function both as religious leader and staff officer. Chaplains are drawn from the vast expanse of faith groups represented in our nation. The chaplain directly performs the religious rites and services of his or her distinctive faith group while at the same time providing for the religious freedom of all our soldiers. Beyond the scope of religious support, the chaplain plays a leading role in the support of family programs such as Strong Bonds and Resiliency.

Chaplains Serve at Home and Abroad

Since 9/11 our chaplains have served in Iraq, Afghanistan, The Balkans, Germany, and Southwest Asia. The chaplains of the New Jersey National Guard have also provided religious support during Katrina, Superstorm Sandy, and other times of domestic crisis. While we continue to prepare for future missions - to include the possibility of deployments - we traditionally serve one weekend a month, along with two weeks of annual training required of members of the New Jersey National Guard. Chaplains are, however, granted a modicum of flexibility in order to plan training around the demands of the civilian parish and ministry. 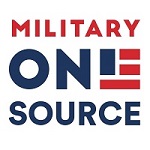 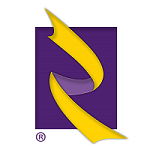