NJ Labor Dept. Has Sent $24.8 Billion to Workers Since COVID-19 Ransacked Economy One Year Ago

TRENTON – The New Jersey Department of Labor and Workforce Development has distributed $24.8 billion in unemployment benefits to workers in need since the COVID-19 pandemic upended the state’s economy one year ago.

Since many current claimants who filed for benefits a year ago are reaching the end of their benefit year, the department has developed an automated process to review these claims, as required by federal law. New Jersey is the only state to automate these reviews, and to file a new claim on behalf of claimants when necessary. Others are allowed to continue on their current claim.

“As we reach the grim anniversary of the shutdowns and layoffs caused by the pandemic, our commitment to our workforce has never been stronger,” said Labor Commissioner Robert Asaro-Angelo. “If you have been unemployed for a year, if your benefits have stopped and you don’t know why, or if you need new skills to re-enter the job market, I want you to know we are working day and night to serve you as quickly as possible.”

For the week ending March 13, new unemployment applications increased by 402, to 10,242 for the week, a 4.4 percent rise, after four consecutive weeks of declines. Last week, new claims dipped below 10,000 for the first time in a year. It was at this time one year ago that NJDOL experienced the start of an onslaught of new claims unlike anything previously imagined. A total of 2,056,379** unemployment claims have been received since.

The department distributed $468 million in benefits for the week, including $24 million in FEMA Lost Wages Assistance payments for claimants who became eligible for this benefit retroactively since the last time payments were processed. A final run of these payments will occur this weekend to close out the program, for which New Jersey was allotted $1.5 billion. Those payments will be in direct deposit accounts or on debit cards by Tuesday for most eligible claimants. 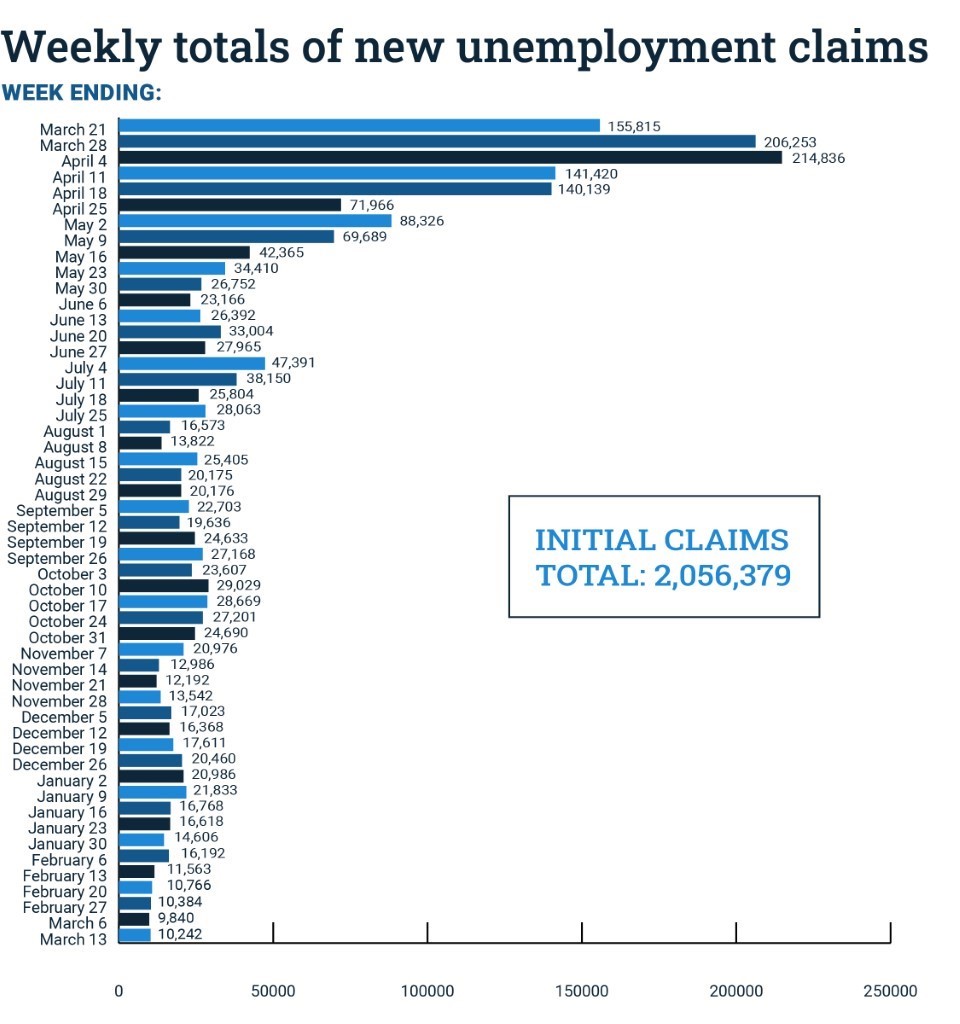 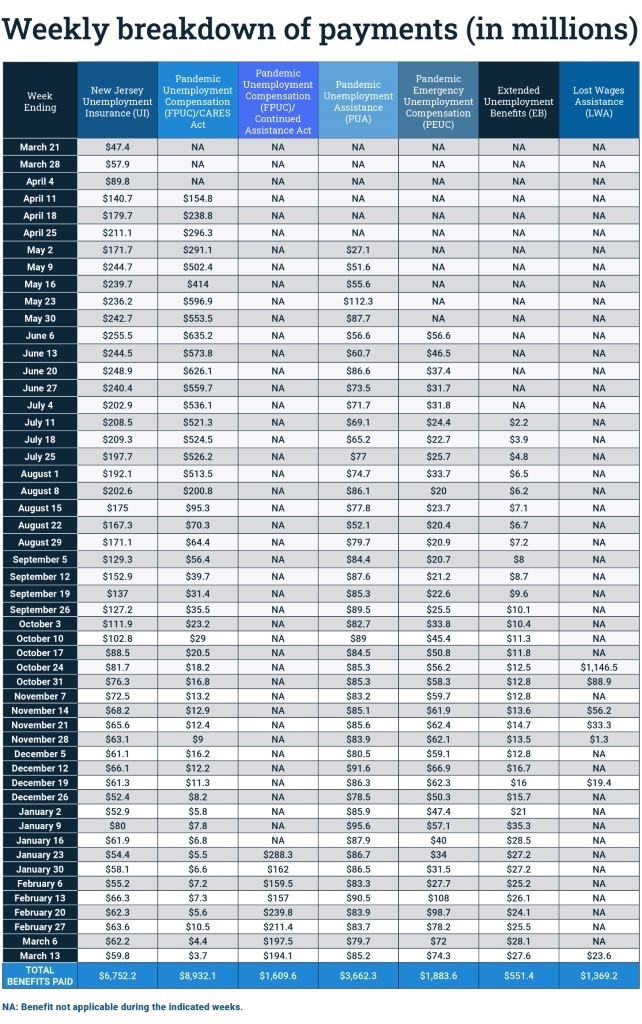 The maximum eligibility for PUA is now 75 weeks. PEUC now provides up to 49 weeks of additional benefits to those who exhaust 26 weeks of state unemployment. Extended benefits (EB) adds a final 20 weeks of benefits, though that will drop to 13 weeks once the economy recovers sufficiently. The $300 FPUC supplement is for anyone collecting unemployment in any amount. There is also a provision in the new rescue law that excludes the first $10,200 of unemployment benefits from having to be reported as income on federal taxes for households earning less than $150,000/year.

*This represents the final number for the week ending March 13. The number listed for New Jersey by the US Department of Labor – 8,855 – is based on advanced reporting.

**This number includes 243,891 claims that have been reopened by residents who returned to unemployment after a period of employment within a calendar year, as well as claims that later turned out to be fraudulent.