The unprecedented increase in unemployment benefits is a primary reason the personal income of New Jerseyans rose 7.3 percent during the third quarter over the prior year, despite the ongoing pandemic, according to research from Pew Charitable Trusts released Wednesday. New Jersey is one of seven states that saw a greater than 50 percent increase in government aid from the same period in 2019.

The Department received 11,563* new unemployment claims last week – 4,629 fewer than the week prior, which is a week-over-week drop of nearly 29 percent, and the lowest number of new initial claims since the COVID-19 pandemic shuttered businesses in mid-March of last year.

“Department of Labor staff are reminded every day of the tremendous toll COVID-19 is taking on New Jersey workers and businesses,” said Labor Commissioner Robert Asaro-Angelo. “That’s why we are pushing forward on dual fronts – first, and foremost, serving workers in need, and secondly, urging Congress to pass a new, comprehensive and long-term relief bill before current benefits expire on March 13, which could leave millions of workers across the country temporarily and devastatingly without benefits.” 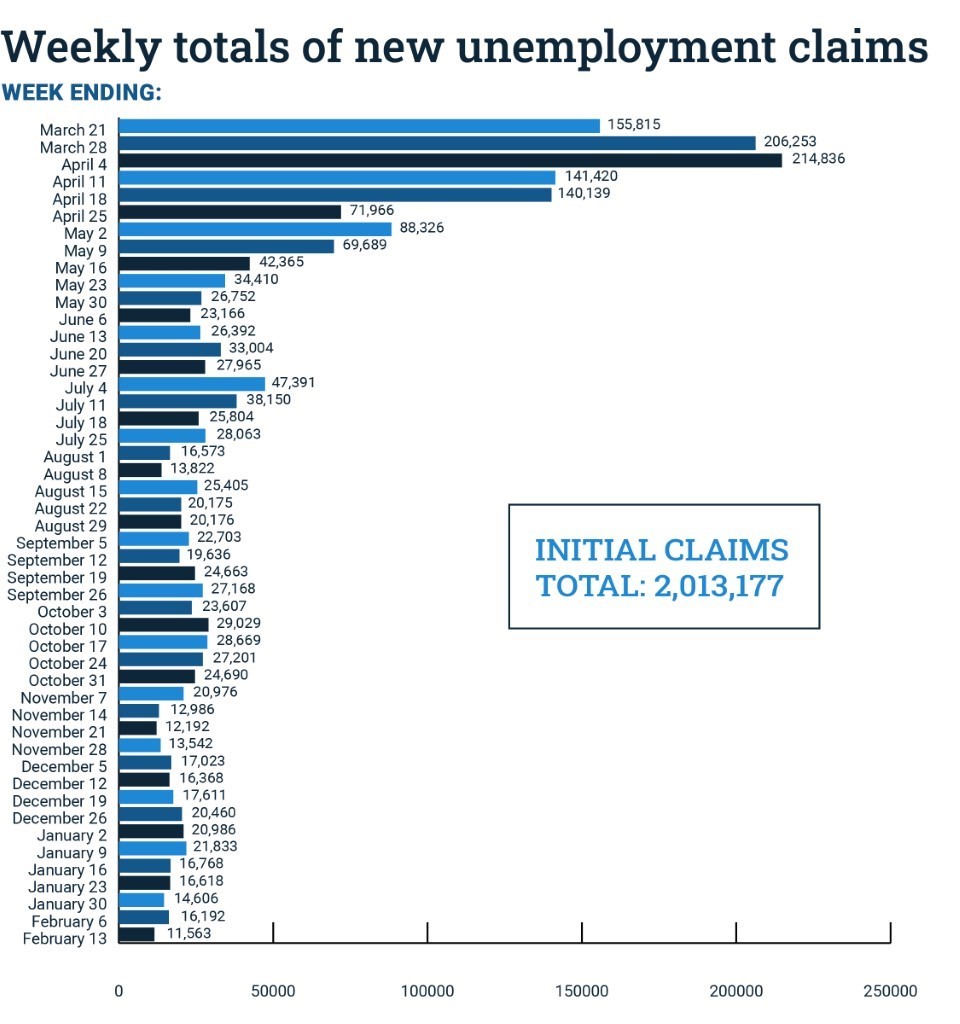 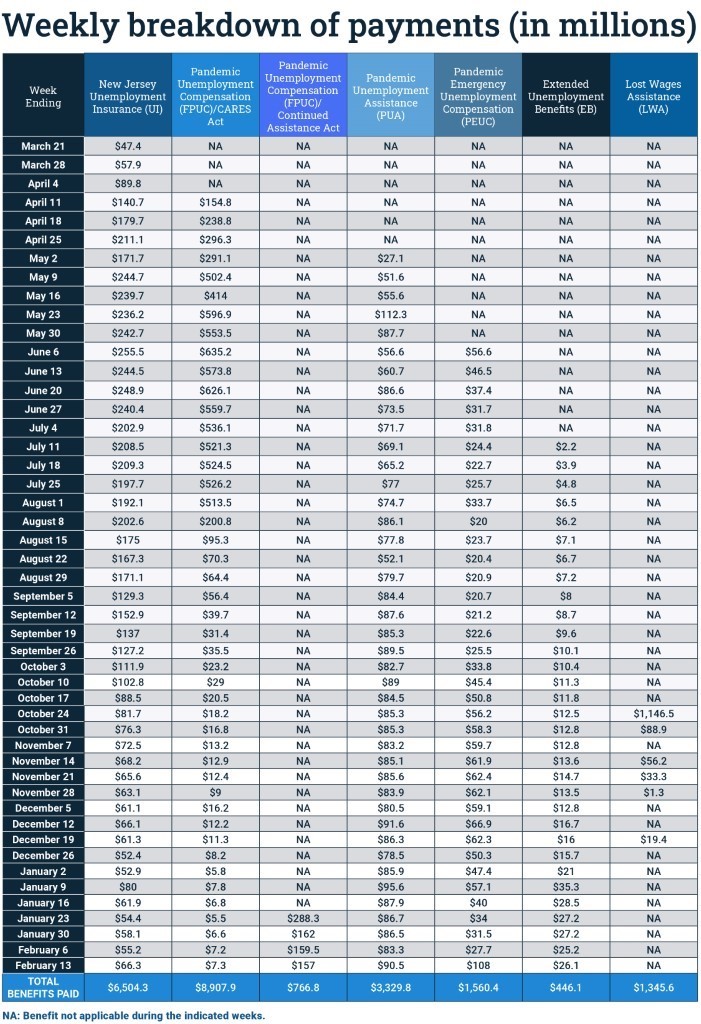 *This represents the final number for the week ending Feb. 13. The number listed for New Jersey by the US Department of Labor – 10,949 – is based on advanced reporting.

**This number includes 224,800 claims that have been reopened by residents who returned to unemployment after a period of employment within a calendar year, as well as claims that later turned out to be fraudulent.