The US Bureau of Economic Analysis (BEA) recently released 2014 estimates of state, metropolitan area and county total and per capita personal income. Estimates for 2010 to 2014 per capita income reflect state and county population estimates available as of March 2015.

Total personal income in the nation increased by 4.4 percent in 2014 as growth accelerated from 2013 when personal income rose by 1.1 percent. In 2012, personal income went up by 5.0 percent. This year’s increase was largely the result of gains in private-sector wages and proprietor’s income. Income from wages, proprietor's income, rental income, transfer payments as well as interest and dividends increased at a faster rate in 2014 than in 2013. 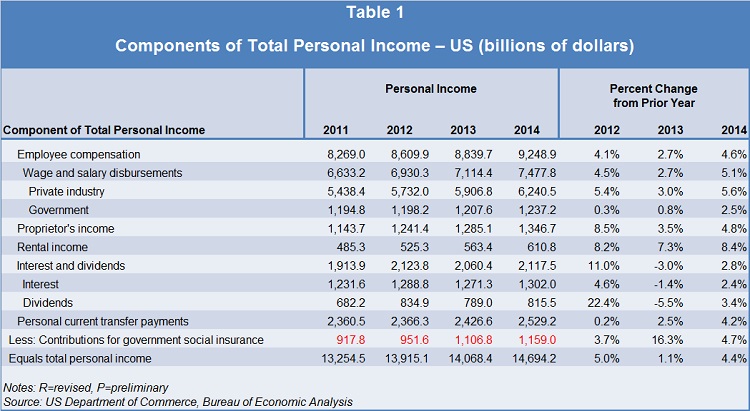 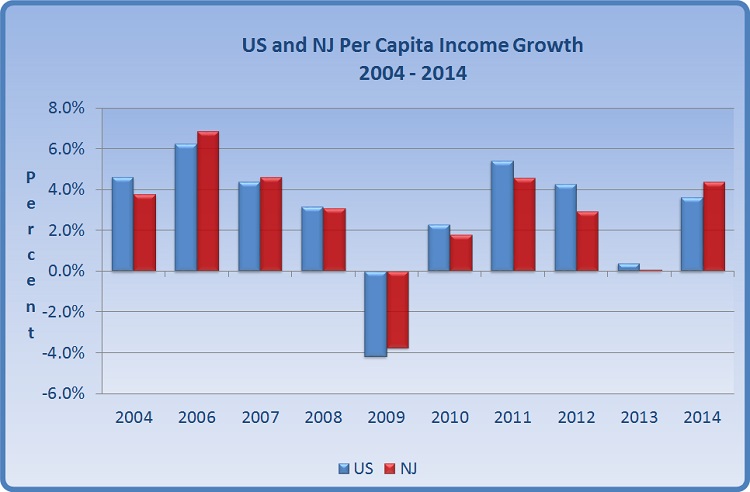 In 2014, per capita personal income ranged from $64,864 in Connecticut to $34,431 in Mississippi. There were no changes in the composition of the top 10 states from 2013, other than position changes. Wyoming moved up from 7th to 6th and Maryland fell from 6th to 7th position. 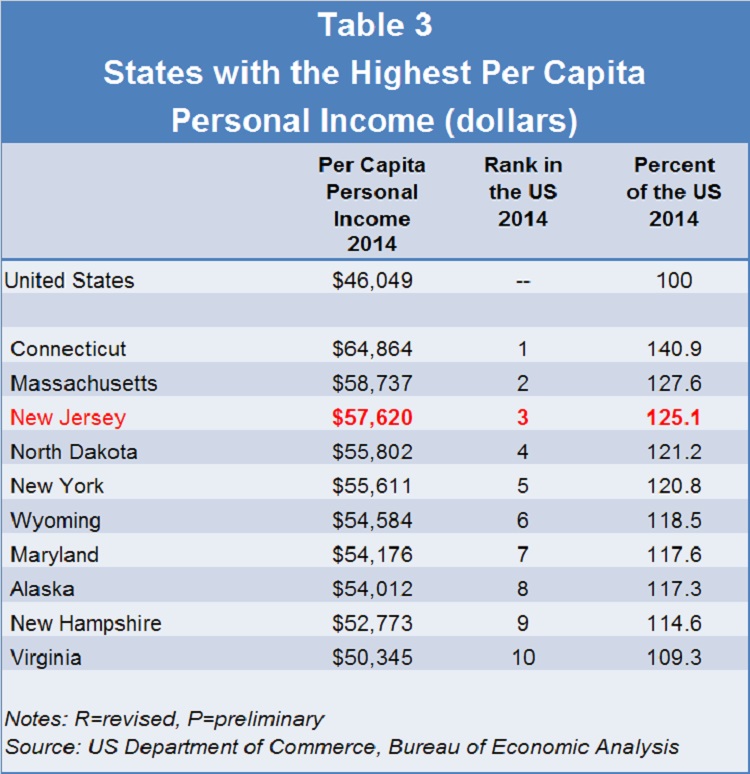 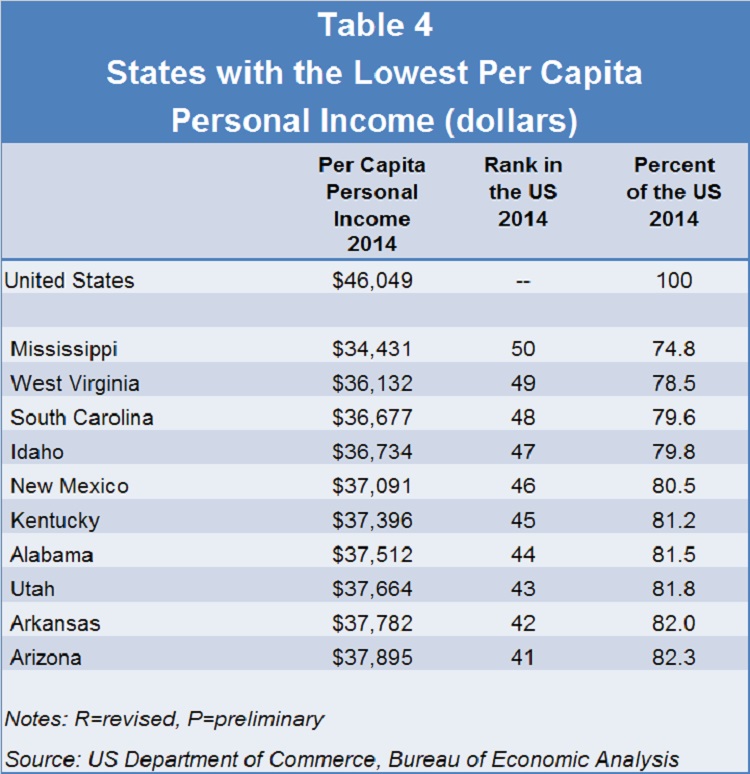 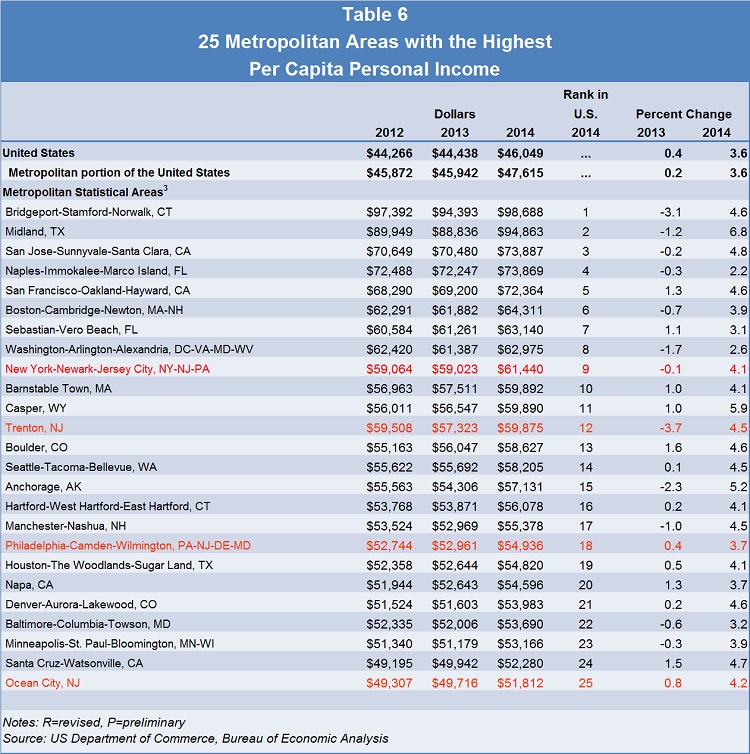 Percent Change in Per Capita Income: New Jersey Counties 2013 to 2014 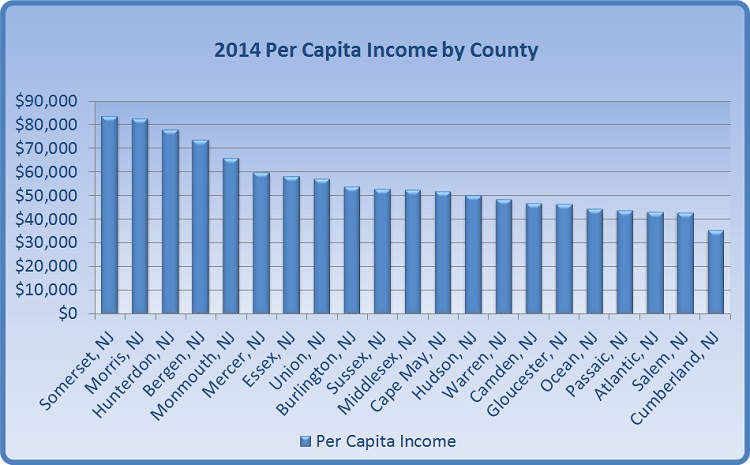 New Jersey also had three other counties ranked in the top 100 nationwide. Hunterdon ranked 33nd, Bergen ranked 47th, and Monmouth ranked 80th. Overall, New Jersey had 9 counties which ranked among the top 250 of the nation’s 3,113 counties. 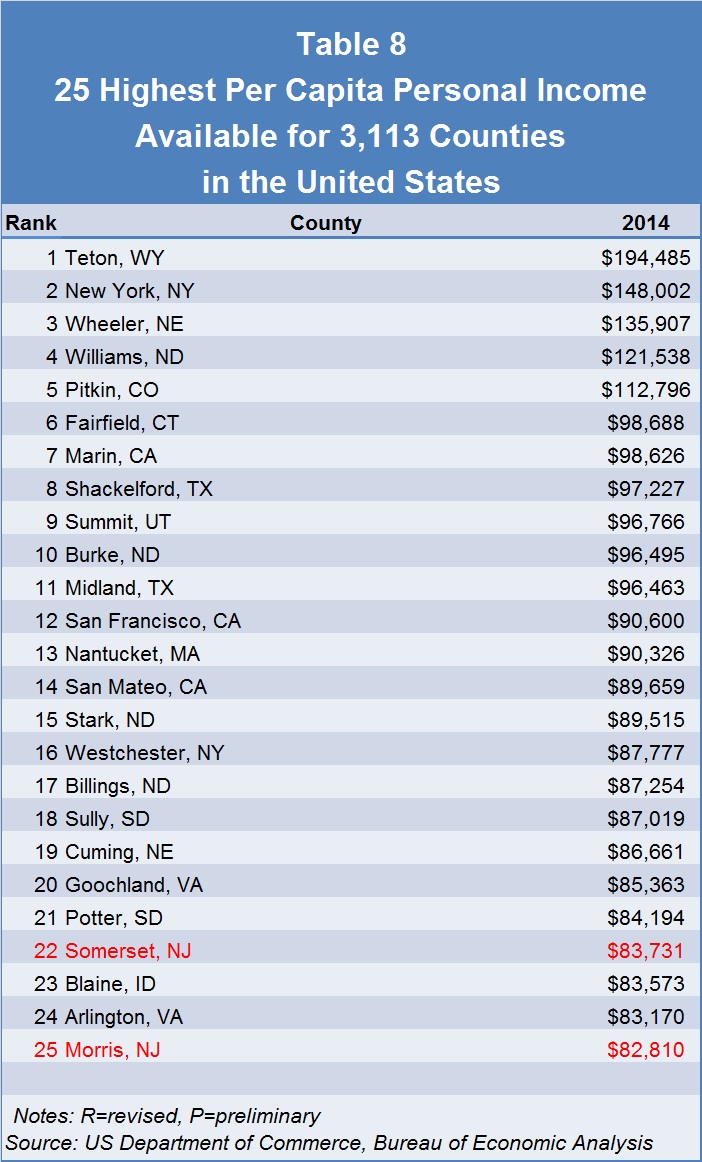 The Bureau of Economic Analysis (BEA) of the Department of Commerce publishes annual data on aggregate and per-capita personal income received by the population for State, metropolitan areas, and selected counties.  Aggregate income estimates based on the income statistics shown in census products usually would be less than those shown in the BEA income series for several reasons.  The Census Bureau data are obtained directly from households, whereas the BEA income series is estimated largely on the basis of data from administrative records of business and governmental sources.  Moreover, the definitions of income are different.  The BEA income series includes some items not included in the income data shown in census publications, such as income "in kind", income received by nonprofit institutions, the value of services of banks and other financial intermediaries rendered to persons without the assessment of specific charges, Medicare payments, and the income of persons who died or emigrated prior to April 1, 1990.  On the other hand, the census income data include contributions for support received from persons not residing in the same household and employer contributions for social insurance. 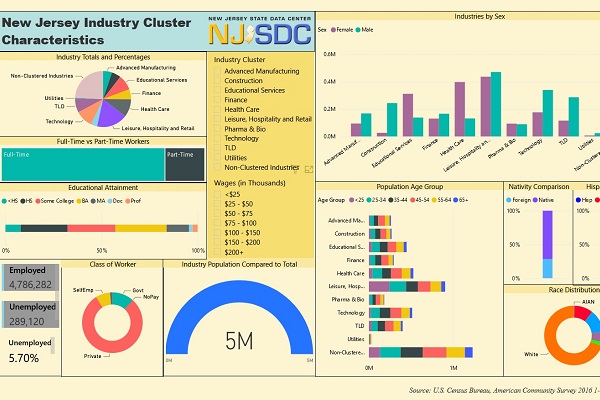